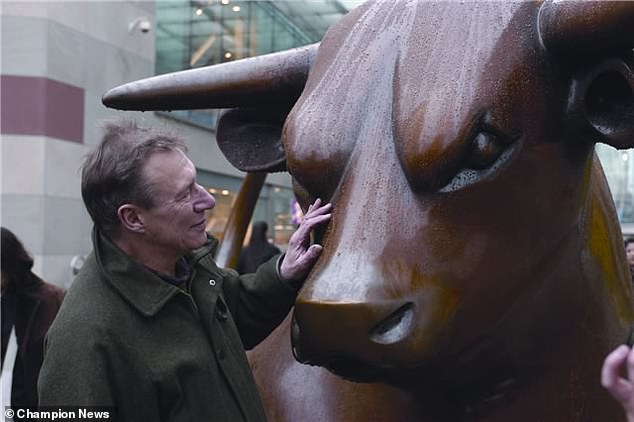 The world-famous sculptor who created ‘The Bull’ in Birmingham’s Bull Ring has clashed in a £5 million court fight with his sons after cutting them out of his will and leaving everything to the National Trust.

One of Britain’s top living artists, Laurence Broderick, 87, has fallen out so badly with his sons Graeham and Roger that he disinherited them both and changed the locks on the family home so that neither of them could get in, a court heard.

The family had previously been close, with older son Graeham working alongside his father and mother to finish, market and sell Laurence’s art.

But grief ripped the family apart in 2018 and led to clashes when Laurence’s wife was diagnosed with Alzheimer’s and the couple’s youngest son Ollie died a year later, with Laurence being ‘blamed’ over his death by his other two sons, London’s High Court heard.

Laurence reacted by cutting both his remaining sons out of his life, the court was told — as well as freezing Graeham out of the family business centred on his art.

Laurence Broderick, 87, who created ‘The Bull’ in Birmingham’s Bull Ring has clashed in a £5 million court fight with his sons after cutting them out of his will and leaving everything to the National Trust

Graeham went on to sue his father, claiming that he was owed up to £5 million by his parents because he had been an equal member of a business ‘partnership’ with his mother and father for 20 years.

He claimed he was rightful owner of a one third share under that partnership of all ‘partnership assets,’ which Graeham said included his father’s artworks and valuable copyrights, plus properties in Bedfordshire and the Isle of Skye.

The case reached court last week, with Graeham telling Judge David Halpern QC from the witness box that he was ‘upset and disappointed’ with his artist father, insisting ‘we have been kind and decent sons’.

Laurence Broderick is a world renowned sculptor specialising in figurative carvings in stone and castings in bronze, often with a nature theme.

His best known work is ‘The Bull’, a public sculpture erected in 2003 at the Bullring shopping centre, Birmingham, which has been named one of the world’s top ten public artworks.

Born in Bristol, Laurence visited the Isle of Skye in 1978 with his young family, where saw his first wild otter, the subject of many of his subsequent works.

Graeham Broderick told Judge David Halpern QC from the witness box that he was ‘upset and disappointed’ with his artist father, insisting ‘we have been kind and decent sons’. Pictured outside London’s High Court

After that, Skye became his second home and he held annual sculpture exhibitions on the island for 26 years.

He now divides his time between studios on Skye and Waresley, in Bedfordshire.

Suing his father, Graeham told the judge that he had assisted with making the sculptures since 1991 and, from 1999 until the ‘traumatic’ falling out in 2019, was in a formal business partnership with his parents.

He had worked up to 50 hours a week all year round, he said, with just three weeks off.

‘I never thought I’d find myself in this situation. I trusted my parents,’ he told the judge.

David Parratt, counsel for Graeham, told the judge that the two properties his father uses as artist studios in Skye and Waresley are one third his son’s property according to the rules of the partnership, along with the same share of his father’s art and the profits of the art business up until 2019. 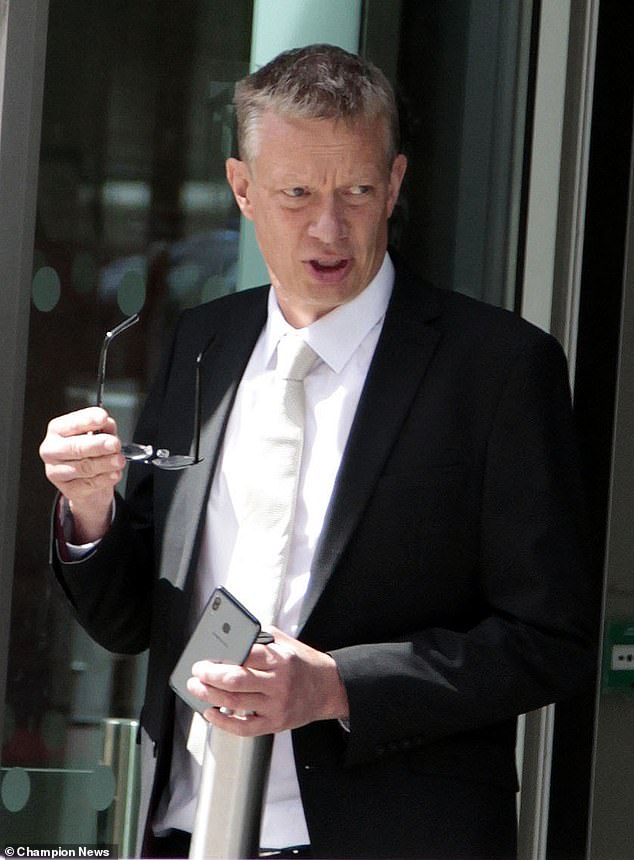 Laurence has fallen out so badly with his sons Graeham and Roger (pictured outside London’s High Court) that he disinherited them both and changed the locks on the family home so that neither of them could get in, a court heard

Shining a light on the family breakdown, the barrister told the judge that Graham’s evidence should be preferred to his father’s.

‘The breakdown of the familial relationships; the death of Ollie, Graeham and Roger’s anger at the circumstances of that and placing blame for that on Laurence by forcibly taking Ollie to Skye; the infirmity and incapacity of Ingrid and her sons’ concerns for her welfare resulting in attempted interventions in her care; and Laurence’s feelings of being attacked by his two sons, all inform Laurence’s motives and motivation in this action,’ he said.

‘It is submitted that these are to be antagonistic, vengeful and spiteful and leave nothing of his assets and property to his two sons. His evidence should be treated with caution for that reason,’ he told the judge.

Graeham added from the witness box: ‘My father changed the locks on the family home so that neither I nor Roger could gain access, which was very traumatic.

‘There was nothing wrong with the locks. My father just asked for the locks to be changed.’ 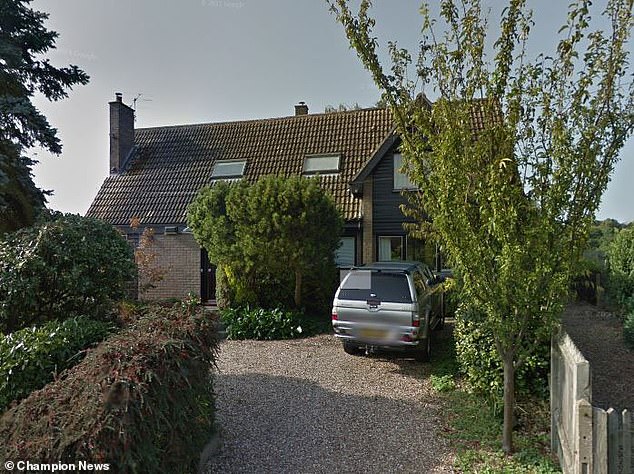 Graeham went on to sue his father, claiming that he was owed up to £5 million by his parents because he had been an equal member of a business ‘partnership’ with his mother and father for 20 years. Pictured, Laurence Broderick’s studio in Waresle, Bedfordshire

Damian Falkowski, for Laurence, asked him: ‘You are aware that your father has changed his will to leave everything to the National Trust. You must be very angry about that. Has that anger coloured your thinking in relation to this partnership claim?’

Graeham denied the will situation had any bearing on the partnership dispute, but admitted he felt strong emotions about it.

‘We have been kind, decent sons. It’s not a very nice thing for a father to do.

‘I’m very sad and upset and disappointed with my father. The only people he surrounds himself with now are those he pays. He rejected his entire family and his friends.’

Mr Falkowski argued that the artworks, studio properties and copyrights were not partnership property, but were part of Laurence’s ‘capital assets temporarily lent to the partnership’. 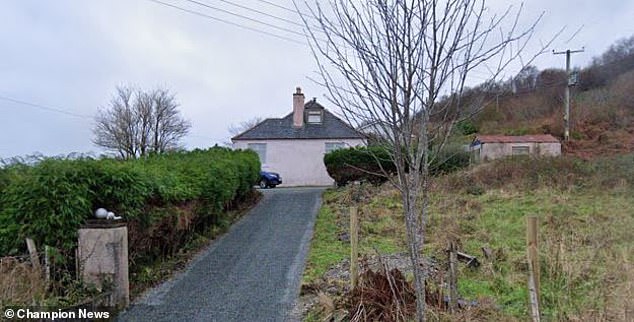 Laurence Broderick’s studio on the Isle of Skye. He has held annual sculpture exhibitions on the island for 26 years

He also denied there had been a partnership around his artworks involving his son.

For Graeham to have become a ‘joint author’ of any of his father’s work, he would have had to ‘contribute substantially to the intellectual creation,’ he added.

‘It is not sufficient for him to do routine work which does not contribute to the intellectual creation, however arduous that may be and even if the work done is necessary in order that the sculptures could be sold as completed works of art,’ said the barrister.

He put to Graeham that his father was ‘always a forceful character.’

‘He had it his way and it went how he wanted it to go. You always had to ask his permission,’ he said.

‘I always ran everything by my father out of respect,’ Graeham replied, later also telling the judge that he is ‘not a liar’.

The trial of the case was set to last four days but at the end of a half day hearing, with Roger poised to give evidence in support of Graeham, father and son agreed a settlement to bring the partnership clash to a premature halt.

Details of the settlement have not yet been made public.