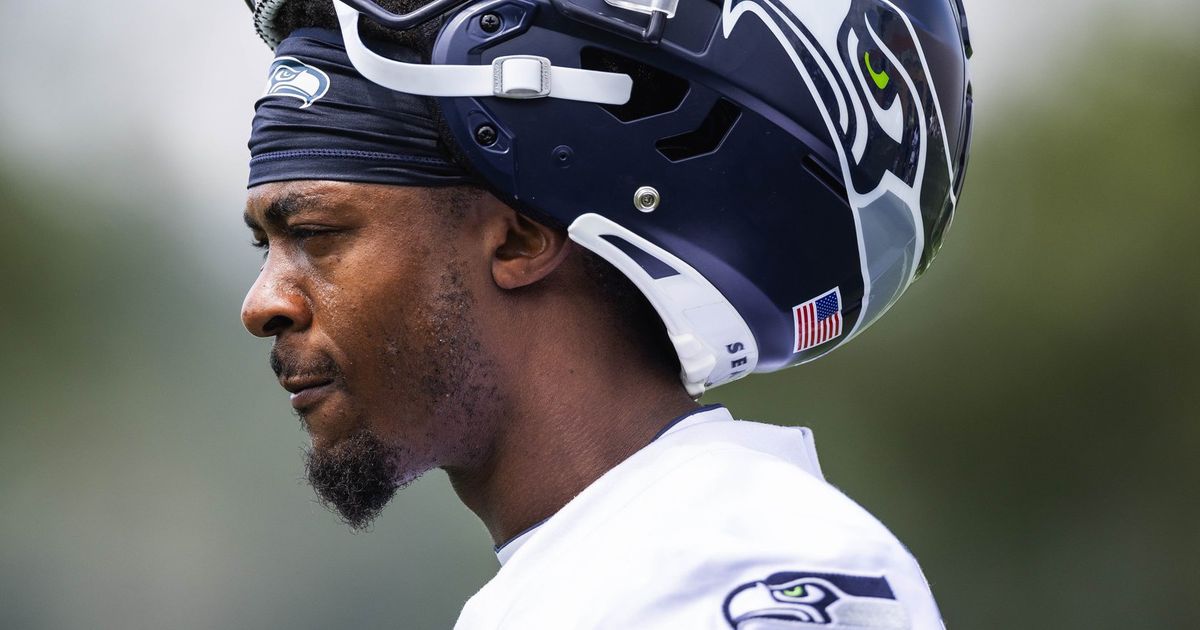 RENTON — A cornerback position that already loomed as one of the Seahawks’ biggest question marks heading into the season is only growing more uncertain as the first preseason game approaches Saturday at Pittsburgh with each of the players who have spent most of camp as the starters — Sidney Jones IV and Artie Burns — dealing with injuries.

Jones, who began camp starting at left cornerback, has been out since last Wednesday while dealing with a concussion. And Burns, who has been one of the surprises of camp as the starter at right corner, left practice early Tuesday after suffering a groin injury while in coverage on a one-on-one drill.

John Reid also remains out with a groin injury while Tre Brown is on the physically unable to perform list while recovering from knee surgery in November with no ETA on his return.

Those absences meant that the starting corners for most of practice Tuesday were a pair of rookies — fourth-round pick Coby Bryant and fifth-rounder Tariq Woolen.

Head coach Pete Carroll said he didn’t have any specific word on how long Burns might be out, but he indicated Jones could return soon, saying, “I need to hear more in the next few days to see what’s going on.” Still that could mean neither is available for the Steelers game.

Carroll, meanwhile, said Brown — who emerged as a starter as a rookie midway through last season before being injured — is making progress but that “it’s still going to be some time” before he returns.

So for now, the rookie pairing of Woolen and Bryant figure to be the starters. Woolen started the mock game with Jones out and almost had one interception and had a deflection of a pass on what turned out to be a touchdown. He has been a standout throughout camp.

“Tariq has been really, really impressive in that he’s been so consistent against our fastest guys,” Carroll said.

But somewhat curiously he was used quite a bit at nickel Tuesday for the first time in camp behind starter Justin Coleman with Michael Jackson and undrafted free-agent rookie Elijah Jones of Oregon State taking some turns with the starters at outside cornerback.

Carroll said using Bryant, who was the Jim Thorpe Award winner last year at Cincinnati, in the slot has been a thought all along.

“There might be some opportunities for him to do more things and be more available to make plays,” Carroll said.

But that decision was made before Burns’ injury. Carroll said the team’s sudden depth issues there could mean “I don’t know if we’ll be able to enjoy him being in there” but called it “a really interesting experiment for us.”

Marquise Blair and Ugo Amadi have also been playing nickel, and Carroll said the move of Bryant to the slot won’t impact their use.

“It doesn’t mean anything to those guys right now,” Carroll said. “He’s just barely scratching the surface you know? So he’s not threatening to take anybody’s spot at this point.”

Second-year player Jake Curhan got all the reps with the starting offense at right tackle Tuesday with rookie Abraham Lucas back with the second team. Lucas took all the reps with the starters in the mock game Saturday. But the two remain in competition for the starting job with Carroll saying Lucas and fellow rookie Charles Cross — who has taken every snap as the starter at left tackle throughout camp — performed well Saturday.

“They made progress,” Carroll said. “We had a couple of missed assignments that had nothing to do with the physical ability. So that’s not something to take away from both guys. [They] held up well in the run in the passing game. And we rushed on them hard. We sent our best guys at them. They had a lot of speed to look at. So it was it was a good first outing.”