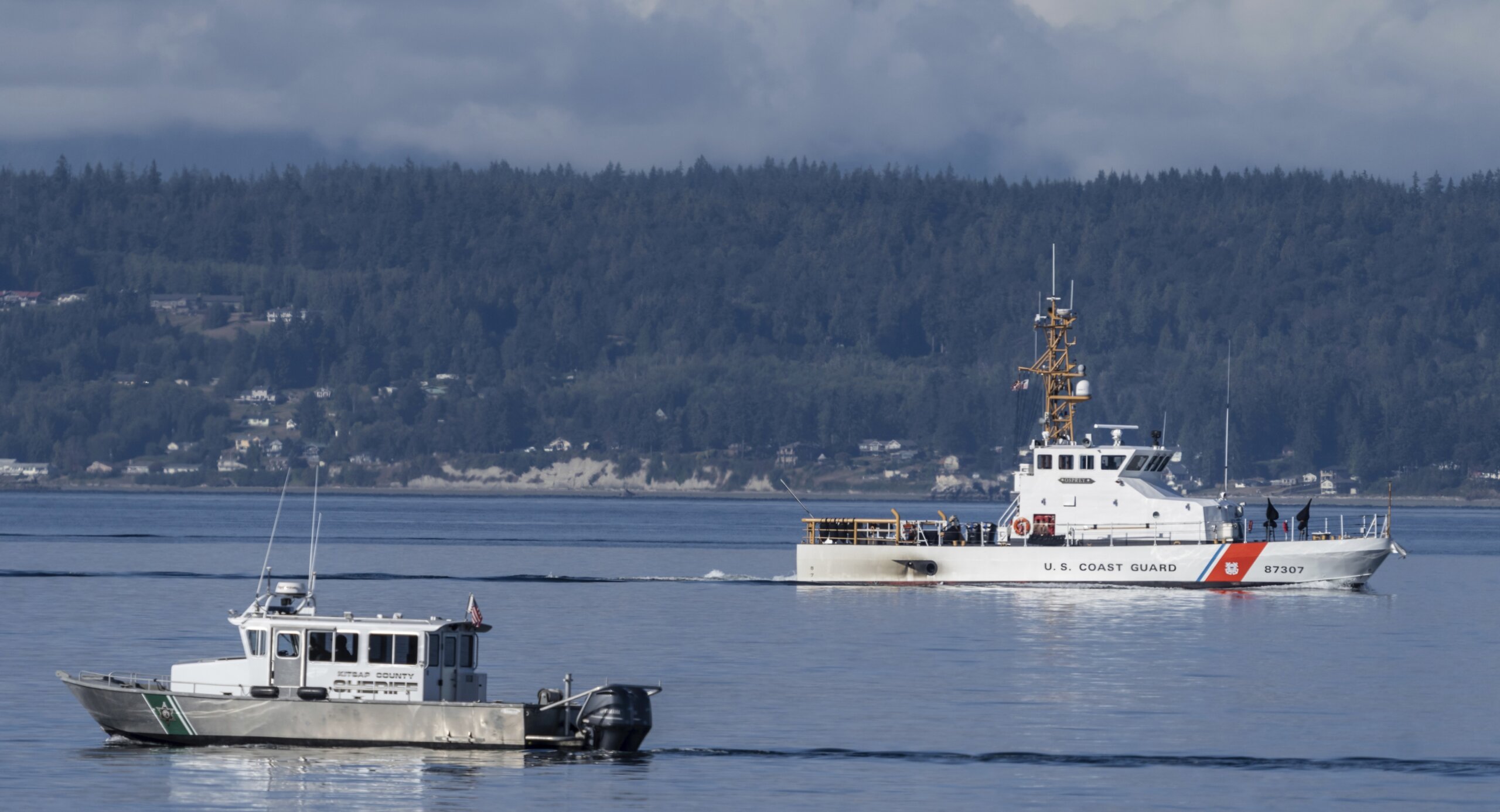 WHIDBEY ISLAND, Wash. (AP) — The U.S. Coast Guard has suspended the search for nine people missing after a floatplane…

WHIDBEY ISLAND, Wash. (AP) — The U.S. Coast Guard has suspended the search for nine people missing after a floatplane crashed in the waters of Puget Sound northwest of Seattle.

A nearby resident said they heard what sounded like a thunderclap at the time of the crash Sunday.

Just after noon on Monday, the Coast Guard said it was halting the search for survivors after “saturating an area” of more than 2,100 square nautical miles (nearly 2,800 square miles or 7,250 square kilometers).

“All next of kin have been notified of this decision,” the Coast Guard said on Twitter. “Our hearts go out to the families, loved ones and friends of those who remain missing and the deceased.”

The body of a 10th person, an unidentified female, was recovered by a good Samaritan on Sunday after the crash was reported at 3:11 p.m., Scott Giard, director of the U.S. Coast Guard’s search and rescue for the Pacific Northwest, said at a new conference.

The identities of the victims were expected to be released Tuesday.

The plane went down in Mutiny Bay off Whidbey Island, roughly 30 miles (50 kilometers) northwest of downtown Seattle and about halfway between Friday Harbor and Renton, a suburb south of Seattle.

Whidbey Island resident Jeff Brewny and his wife were walking their dog Sunday when they heard a loud boom.

“First thought was thunder. It was that loud,” he said. “There was no flash like you get with lightning. So, you know, I thought it was a boat exploded. It was that devastating. My dog went crazy.”

The Coast Guard learned through the seaplane company’s owner that two Friday Harbor seaplanes took off Sunday afternoon and the owner was aboard one of the flights, Giard said. The owner told authorities he saw the other plane divert slightly off course and he tried to make radio contact but was unable to.

“Shortly after that, he noticed on his flight tracker that the flight had stopped tracking and notified authorities,” Giard said.

Officials received reports that “the aircraft dropped suddenly at a fair amount of speed and hit the water,” Giard said. “We don’t have any video or pictures of the incident as of this moment.”

There was no distress call or distress beacon from the crashing plane, he said. The aircraft has an electronic locating transmitter onboard, but they have not received any transmission.

“That is very typical in times where there is either a hard landing or a crash of an aircraft,” he said.

The cause of the crash is unknown, authorities said.

The National Transportation Safety Board said Monday they’re sending a team of seven to investigate the crash of the DHC-3 Turbine Otter.

Coast Guard searchers found “minimal debris,” Giard said. By Monday afternoon, they had only found three to four long and narrow pieces of aluminum, very few personal items, a seat and some small pieces of foam.

Without a clear picture of the actual crash, and not knowing whether it exploded on impact or immediately sank to the sea floor, 150 to 200 feet (45-60 meters) below, it’s difficult to know what happened to the plane, he said.

Northwest Seaplanes is a family owned business founded by Clyde Carlson, according to the company’s website.

The company’s business office next to the seaplane dock at the Renton Municipal Airport remained closed behind fencing Monday. The only visible activity was two people hugging near the front door.

A woman who answered the phone early Monday said they’re waiting to learn more and are devastated by the crash.

“It’s a small crew. Everyone’s close,” said the woman, who would only give her first name, Michelle. She declined to say more.

The company posted a message on Facebook late Monday saying they were heartbroken.

“We don’t know any details yet regarding the cause of the accident,” the post said. “We are working with the FAA, NTSB and Coastguard. We have been in communication with the families. We are praying for the families involved, including our pilot and his family.”

Floatplanes, which have pontoons allowing them to land on water, are a common sight around Puget Sound, an inlet of the Pacific Ocean. There are multiple, daily flights between the Seattle area and the San Juan Islands.

In July 2020, a De Havilland Beaver operated by Brooke’s Seaplanes was on a scenic flight in Coeur d’Alene, Idaho, with five passengers and a pilot when it collided with a Cessna 206. Eight people were killed.

In 2019, a midair crash in Alaska between two sightseeing planes killed six people. The Ketchikan-based floatplanes were carrying passengers from the same cruise ship, the Royal Princess, and were returning from tours of Misty Fjords National Monument.