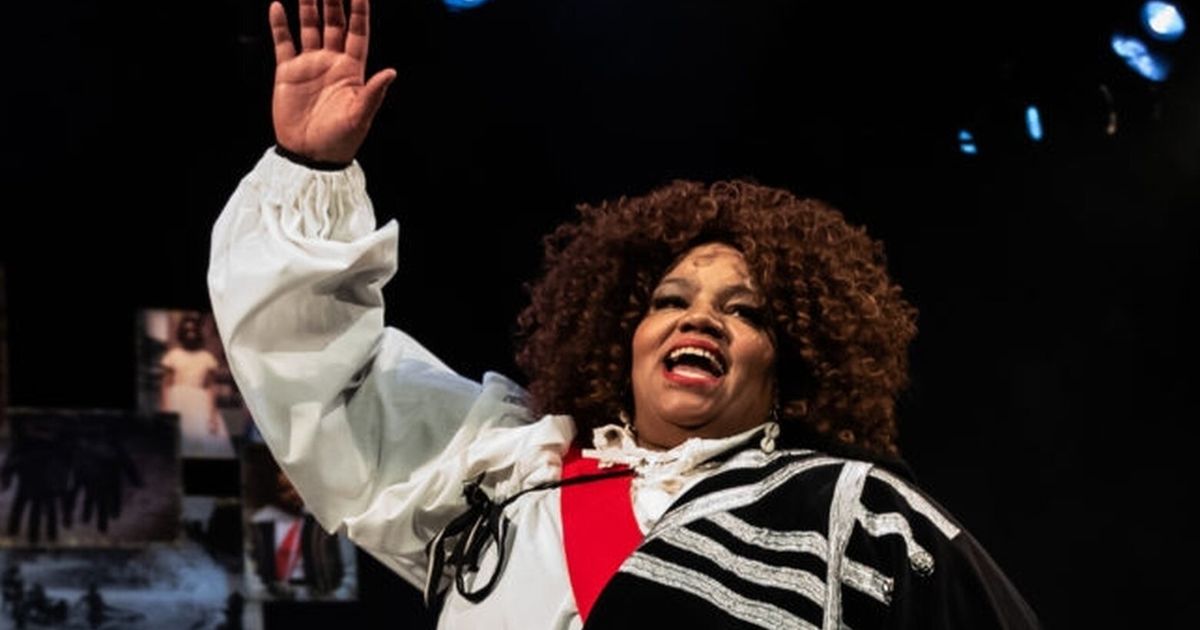 Editor’s Note: In this monthly feature, our arts and culture reporter takes a deeper look at the local arts scene, shining a spotlight on issues and trends, both local and national, and the arts makers in our community.

In my review of “Becoming Othello, A Black Girl’s Journey” at Seattle Shakespeare Company, I wrote about a series of moments that resonated with me. There was hearing playwright and actor Debra Ann Byrd talk about being told to focus on August Wilson instead of Shakespeare and then Byrd experiencing the joy of seeing someone like actor Jeffrey Wright, someone she could identify with, onstage. All credit to Byrd’s writing and performance for how profoundly those moments land. But there was something else that struck me about the conversation that Byrd was having in those moments. Through those scenes, and really Byrd’s entire play, she brought to stage a conversation that I had previously only seen and heard discussed within offstage circles of theatermakers.

There’s been a push, especially since the pandemic began, for better diversity onstage, in terms of the faces we see onstage, the stories that are told and the creative minds crafting those stories onstage. Slowly, begrudgingly at times, the industry started to respond. As New York Times reporter Michael Paulson wrote back in September 2021, before the pandemic Broadway’s theater season featured two Black writers (one Black writer in the two seasons before that combined). The 2021-22 season, Broadway’s first since the pandemic began, was set to feature seven (with an eighth added later).

Included in that slate was Alice Childress’ 1955 play “Trouble in Mind,” which takes a look at racism and identity through the story of a Black actor struggling with her career, a career filled with playing stereotypes. I didn’t have a chance to catch “Trouble in Mind” during its two-month run, but I wonder if I would have had the same thought as I did leaving “Becoming Othello”: How rare it is to see what Black theatermakers have been dealing with offstage — the racism, the lack of representation, the grappling with a predominantly white-controlled industry — put onstage for a predominantly white audience to absorb. Now, in Seattle, audiences have the chance to see that done twice, first by Byrd and then later this month by Reginald André Jackson when he premieres his new work, “History of Theatre: About, By, For, and Near,” at ACT on Jan. 28.

“The more stories that come out that help the theater community or the community at large to understand the difficulties that some folks face or have faced or are still facing — it’s important that people get to see and understand those stories,” said Byrd when I brought up these thoughts in a conversation earlier this month.

Over the last nearly three years now, many of the conversations around documents like We See You, White American Theatre and demands for better equity on- and offstage have happened squarely within the theater community. That makes sense — they’re the ones who can and should be making the change. But watching “Becoming Othello” and thinking about “History of Theatre,” I started to wonder what role audiences have in this conversation, a conversation that, if they’ve missed the articles written about the subject, they might not have any information about.

That moment of casual racism and then Byrd’s excitement over Wright are parts of the Black artist experience that I’ve heard numerous times in interviews and conversations, but I can’t tell you that I’ve ever seen them onstage as part of a play. As Jackson mentioned in a conversation this month, early on in the pandemic, after the demands for better equity came out and the theater community set about trying to figure out how to respond, there were Zoom meetings between theatermakers from around the country.

“We thought the best way to look at some of the issues that were being brought up in that document was to look at what people had experienced in the past and see what we can learn from history,” Jackson said. “So many of these issues are still happening. It’s really interesting to go back and see theatermakers that were struggling with this 200 years ago. It gives us a chance to see what kind of progress we’ve made and where things are still not happening.”

These conversations spurred Jackson’s work on “History of Theatre,” an effort that seeks to combat the erasure of Black theatermakers from theater history. But along with these conversations has been hesitation. There’s a fear that the theater industry will look at the past two years as a Band-Aid response to organizations and operations being called out for problematic practices that will eventually go back to business-as-usual once the conversation dies down. Even on Broadway, there’s a fear that producers who put up all of these plays from Black playwrights, these stories from the Black community, will use a lack of turnout that should be attributed to the pandemic as an excuse to point to that work and say, “well, it didn’t do well enough financially, so that is why we’re not producing this sort of work anymore.”

“It’s truly amazing to see the number of Black plays that were on Broadway,” Jackson said. “But it’s also crazy to look and see how many of them ran for such a short period of time, and then all of a sudden were gone.”

Of course, the inner workings of why a Broadway play closes can be tricky to pinpoint, and such plays historically have shorter runs than their musical counterparts. It’s unsettling, nonetheless, to see that, of the 21 plays that opened on Broadway during its 2021-22 season, those exciting plays from Black artists had six of the 10 shortest runs (according to performance details from Playbill).

So why do I bring all this up? Because it feels like the industry is at a tipping point as “return to pre-pandemic normal” becomes more and more possible every day. It’s noteworthy and notable that folks like Byrd and Jackson are taking these conversations, struggles and triumphs that have been going on behind the scenes in the theater industry for literally hundreds of years and putting them onstage, inviting all of us as an audience to consider the history of Black artists in this industry and to participate in the movement to rectify the injustices.

“I hope that it starts the conversation,” Jackson said of his work. “I hope that these stories resonate enough that we can recognize what is happening.”