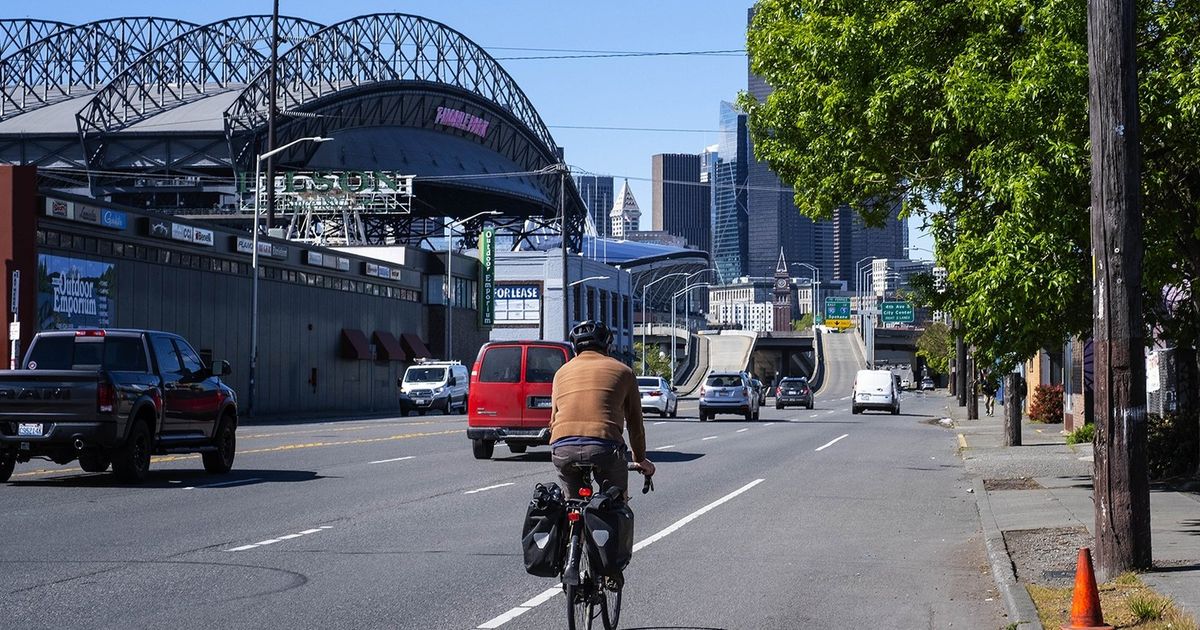 A stretch of road in Seattle’s Sodo neighborhood could get an emergency makeover in response to the persistent injuries and deaths that have occurred nearby.

The Seattle Department of Transportation hopes to to make a few immediate changes near Fourth Avenue South and Massachusetts Street. Members of the department’s “Vision Zero” team proposed lowering speed limits from 30 mph to 25 mph, introducing a new island in the Fourth Avenue median to prevent left-hand turns out of driveways, painting lines near the Massachusetts Street intersection to widen and slow turns and requiring back-in parking on the street to narrow the road.

SDOT staff will continue conversations with Sodo businesses and safety advocates through the summer. The changes could come as early as this fall.

“It’s not the only measure we need to improve safety in Sodo overall, we know that,” Jess Kim, associate multi-modal engineer at SDOT, told the city’s freight advisory board Tuesday. “But it’s a start.”

The most recent death at Fourth and Holgate in Sodo was Gan Hao Li, 73, who died after a driver pulling out of a parking lot struck him as he rode his bicycle on the sidewalk. His death came weeks after a driver struck and killed another man, Antonio Tiongco, a block away.

Their deaths were two of seven that have occurred within a quarter-mile of Fourth and Holgate since 2020. The wide lanes and absence of a tree canopy in Sodo encourage high speeds, Kim said. These plus the lack of an infrastructure for pedestrians and bicyclists mean the neighborhood sees more and deadlier crashes.

SDOT’s proposed changes are intended to slow vehicles and discourage drivers from crossing multiple lanes on Fourth to turn left, but Kim acknowledged that specific intersection is a narrow slice of a larger problem. All of Sodo has proven dangerous, especially for people outside of cars. The main bike lane that runs parallel to the Sound Transit rails does not go farther south than Lander Street, and there are few good options for traveling east or west.

More broadly, South Seattle’s Council District 2, of which Sodo is a part, has borne the brunt of a recent rise in city traffic deaths. Sixty percent of deaths since 2021 have occurred there, particularly in Sodo and on Rainier Avenue and MLK Way. The patterns map closely to the city’s redlined areas of the early 1900s.

As the city’s industrial engine and major freight corridor, Sodo is primed for conflict. Members of the freight advisory board raised concerns about the proposed changes’ effect on industry, particularly the proposals to widen turns onto Massachusetts and add back-in parking.

Erin Goodman, executive director of the Sodo Business Improvement Area, was skeptical the changes would have prevented any of the recent deaths. “I think it’s important that we look at all of Sodo, not just one section,” she said.

Seattle set a goal in 2015 of eliminating traffic deaths and serious injuries by 2030. That’s proven elusive, as highlighted by the Friday death of Robert Mason, 63, who was struck and killed by a driver near the West Seattle bridge.

“We are not making progress to meet our Vision Zero goals citywide, and especially in Council District 2,” said Kim.

Video offers a peek inside United Airlines’ flight school in Arizona, from the dorms to the pool