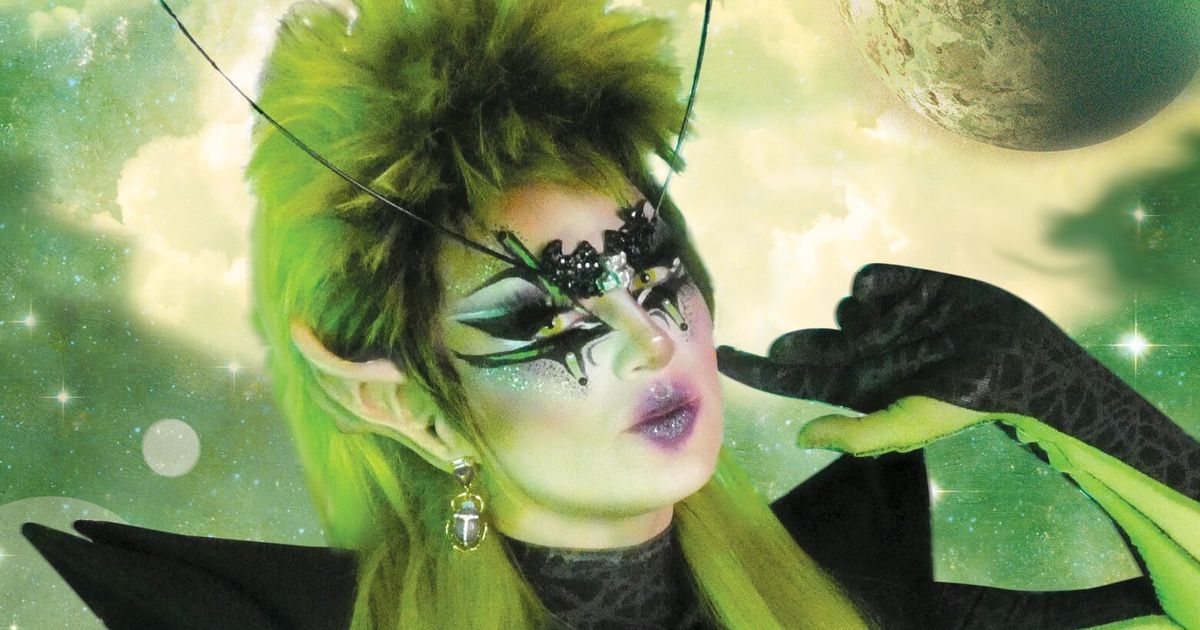 Seattle’s Ian Hill says the line between his personality and that of his drag alter ego, Irene “The Alien” Dubois, blurred over time but they’ll both be on display in the 15th season of “RuPaul’s Drag Race” (8 p.m. Jan. 6, MTV).

“At this point, I spend so much time as Irene that it is much harder for me to find that line,” says Hill, who started doing drag in Texas in college where he says it’s traditional “to be shady and read the other girls and have a nice repartee with the other people in the dressing room. In Seattle, there’s a culture of being much more passive. It’s a lost art form in the scene up here.”

Hill says Irene is known to be sharp-tongued, catty and witty.

“A lot of people who come to the shows that I host are looking for me to make fun of them. It’s sort of like an insult comic situation,” he says. “They’re almost more interested in what I’m going to say on the mic than what I’m going to do in my performance.”

“I consider Bosco to be my drag sister,” Hill says. “We came up in the scene at the same time. We’ve always hung out and been very close. We used to do gigs together and I would drive her home and we would sit in the car making each other laugh until 4 a.m., dreaming of the day that we both would end up on ‘Drag Race’ and have these massive platforms. It’s surreal to know that now we’ve both accomplished that dream.”

Hill says when he started doing drag in Seattle, some audience members got Bosco and Irene confused for one another.

While they share a sense of humor, Hill says, “Bosco is very conflict-avoidant. I lean into it.”

Hill says it was his fifth time applying to be on “Drag Race,” which filmed in the Los Angeles region in early summer 2022.

“A lot of my other tapes were like, ‘Do you guys think I’m good enough?’ ” Hill says. “And the tape that I submitted [last] year was very much like, ‘You guys know that your show will be better if I’m on it, right?’ ”

Hill grew up in Houston, Texas, and studied theater at Southern Methodist University in Dallas.

His family moved to Seattle in 2011 and Hill did, too, after graduating from college. While he did some work in theater, he quickly “started noticing that I was making 10 times as much doing drag as I was doing theater. So it’s like, well, let me just put all of my energy into drag and see what that does for me. By the time I was 25, it was my full-time job.”

Hill says the conception of Irene as an alien developed over time.

“Growing up in Texas, I was very visibly queer from a young age and found myself socially ostracized. I always felt like there was something that everybody else in my social group got that I just didn’t,” he says. “That made me feel like I was from another planet.”

“As I was beginning to do drag, because of all the media I had grown up with, I was very inspired by out-of-this world aesthetics, and to become an alien proudly, rather than feel like an alien,” Hill says. “It was a taking back of the role that I had been put in as a young child.”

Hill’s backstory for Irene is that she’s from outer space and her species intends on invading Earth and infiltrating its governments.

“They don’t want to do an all-out war, so they want to do some sort of political intrigue,” Hill says. “[Irene is] using reconnaissance that’s a little out of date, so I don’t really have the most accurate idea of what it is to be a person in the 21st century. A lot of my drag is very vintage inspired.”

So who among today’s political players may actually be an alien of the same species as Irene?

“Oh, anybody you see who’s saying things that make absolutely no sense and is sort of demolishing a political structure that they’re part of,” Hill says. “That’s Irene’s species.”

“They come in for one episode and they don’t have the full context of who we are,” Hill says. “The longer you have proximity to what I do, the more you understand my perspective.”

Hill says he found the length of production days the most daunting aspect of filming “Drag Race.”

“[For a regular drag show,] it takes two hours to get ready and then we do the show and you’re in drag for no more than four or five hours,” Hill says. “And [at ‘Drag Race’] those were 12-, sometimes 14-hour days. It was really hard to keep energy towards the end.”

Hill has been performing at Capitol Hill’s Queer/Bar Thursday, Friday and Saturday nights and at a Saturday brunch show at Dreamland in Fremont. But after hosting a “Drag Race” viewing party Jan. 6 at Queer/Bar, Hill will often be on the road, making drag appearances across the country.

“My long-term goal is I would love to be the artistic director of a venue,” Hill says. “I’d love to own and operate a place where drag can be put on display in a heightened, elevated way that is not necessarily just lip syncing in a bar. Nothing against lip syncing in a bar — I’ve been doing that since the beginning of my career — but I think that drag is becoming so mainstream that sometimes people might have an aversion to seeing drag in a bar and they would be more inclined to go see it in a place where they can buy a ticket and sit down and not have to worry about drunk people screaming in their face and the music being overwhelmingly loud. The short-term goal is just to travel, meet my fans, see the world.”

Denial of responsibility! planetcirculate is an automatic aggregator around the global media. All the content are available free on Internet. We have just arranged it in one platform for educational purpose only. In each content, the hyperlink to the primary source is specified. All trademarks belong to their rightful owners, all materials to their authors. If you are the owner of the content and do not want us to publish your materials on our website, please contact us by email – admin[email protected]. The content will be deleted within 24 hours.