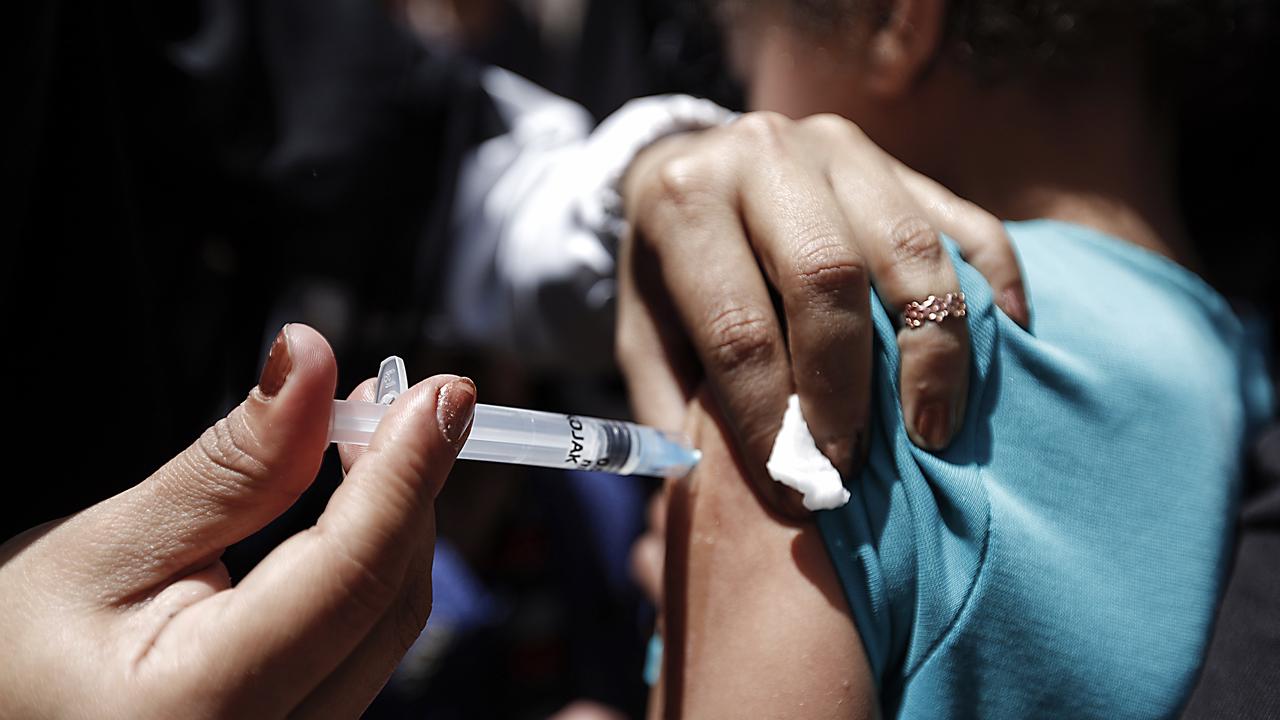 A second child has tested positive for diphtheria in northern NSW, after the first case of the bacterial throat infection in 100 years.

A second case of diphtheria of the throat has been confirmed in northern NSW.

On Saturday, the state recorded its first case of diphtheria in 100 years, with a two-year-old child admitted to intensive care in a Queensland hospital.

NSW Health announced on Sunday that a close family contact of the first case had also contracted the disease, and was being cared for at a northern NSW hospital after being admitted as a precaution.

Neither child is vaccinated against diphtheria – a contagious, vaccine-preventable disease that is spread mainly through respiratory droplets during close contact with a person who has the bacteria.

The children’s close contacts have received post exposure prophylaxis, which can include antibiotics and immunisation, to reduce the risk of transmission, NSW Health said.

“However this is a very serious disease and can be fatal, so families should be alert and review the immunisation status of their children on the Australian Immunisation Register or with their medical provider, to ensure they are update with all vaccinations,” Dr Douglas said.

“Diphtheria is very rare in Australia due to our longstanding childhood immunisation program. The diphtheria vaccination is free and readily available from your GP for everyone from six weeks of age. It is important that everyone keeps up to date with their vaccinations.”

In Australia, children are vaccinated at six weeks, four months, six months, 18 months, four years, and at the beginning of high school.

In adulthood, the diphtheria vaccine is included with tetanus and pertussis vaccines through the DTPa vaccines, which are recommended for adults every 10 years and in pregnancy.

In 2011, a 22-year-old Brisbane woman died after contracting diphtheria from a friend who had returned from overseas.

She was also not believed to have been immunised.

At the time, the Australian Medical Association described her death as “shocking”.

Prior to that, Queensland Health said it last confirmed a case of diphtheria in the state in 1993.

“In the [early] 1900s it was the most common cause of death from an infectious disease,” then AMA vice president Steve Hambleton said, with rates as high as 400 cases per 100,000 people.

But in 1932 vaccination against the infection began and by the late 1950s rates had plummeted and were “virtually zero”.

• Diphtheria is a contagious bacterial infection caused by toxin-producing strains of Corynebacterium diphtheriae and Corynebacterium ulcerans. In some cases, it can be life-threatening.

• Diphtheria was a common cause of death in children up until the 1940s but occurs mainly in countries with poor levels of immunisation. Cases in Australia are rare now due to high immunisation rates.

What are the symptoms?

• Symptoms usually begin two to five days but sometimes don’t start for as long as 10 days after being exposed to the bacteria.

• Symptoms will depend on the site of infection. The most severe form of diphtheria affects the throat and tonsils. The first symptoms are usually a sore throat, loss of appetite and a mild fever. Within two to three days, a greyish-white membrane forms over the throat and tonsils that can make it hard to swallow and breathe. The infection can also cause the neck to swell.

• The toxin formed by diphtheria bacteria can also cause inflammation of heart muscle and the nerves which can be fatal in 5-10 per cent of people infected.

• Sometimes diphtheria can cause small skin sores that form larger ulcers, commonly on the legs. This form of diphtheria is more common in the tropics.

• Illness can also occur with non-toxin-producing strains of the diphtheria bacteria, but the disease is generally milder.

How is diphtheria spread?

• Diphtheria bacteria can live in the mouth, nose, throat or skin on infected individuals.

• Diphtheria is usually spread from respiratory droplets after an infected person has coughed or sneezed. Sometimes the bacteria spreads from close contact with discharges from an infected person’s mouth, nose, throat or skin but this is rare.

• A second and less common type of diphtheria, Corynebacterium ulcerans infection, occasionally occurs, sometimes after consuming unpasteurised milk or after contact with animals.

How is diphtheria prevented?

• The DTP vaccine should be given at two, four, six and 18 months of age, followed by booster doses at four years and at 15 years of age.

• A high vaccination rate in the community is important to protect everyone from the disease. In 2021, over 90 per cent of Australian children under six years of age were fully immunised against diphtheria (Australian Childhood Immunisation Register statistics).