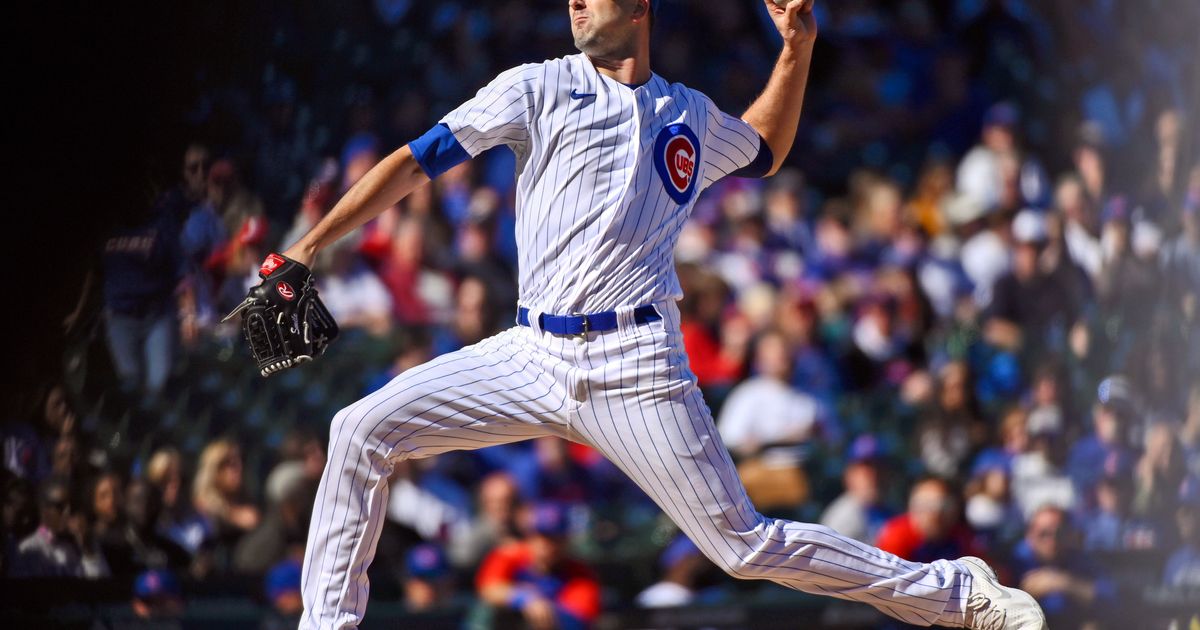 CHICAGO (AP) — Seiya Suzuki hit a tiebreaking solo homer in the seventh inning, and the Chicago Cubs beat the Cincinnati Reds 2-1 on Saturday for their sixth straight win.

Suzuki’s two-out drive to left-center against Derek Law (2-3) was Chicago’s first hit since the fourth and the last of three on the day. But the Cubs also had six walks and made the most of a strong performance by their bullpen.

Cincinnati dropped its fifth straight game and 18th in its last 22 overall. It needs to win three of its last four — all against Chicago — to avoid the franchise’s second 100-loss season.

Cubs lefty Drew Smyly allowed one run and four hits in three innings in his first start since Sept. 14. He had been sidelined by shoulder stiffness.

Miley worked two innings in his first appearance since he left his Sept. 24 start at Pittsburgh because of left oblique tightness. Hughes entered after Jake Fraley walked with two outs in the ninth and struck out pinch-hitter Alejo Lopez for his eighth save.

The Cubs jumped in front with a two-out rally in the second. David Bote walked and scored on Nelson Velázquez’s triple into the gap in right-center.

Two more walks loaded the bases, but Lodolo escaped the jam when Suzuki flied out to right.

The Reds tied it with their own two-out rally in the third. Spencer Steer doubled and scampered home on Kyle Farmer’s single to right.

The Cubs paid tribute to outfielder Jason Heyward with a highlight video in the fourth. Heyward came out of the dugout, put on his 2016 World Series championship ring and took off his cap to acknowledge the cheering crowd of 31,256.

The 33-year-old Heyward hasn’t appeared in a game since June 24 because of right knee inflammation. He has one season left on a $184 million, eight-year contract, but President of Baseball Operations Jed Hoyer announced in August that Heyward would not be back with the team in 2023.

Cubs: LHP Justin Steele (low back strain) planned to throw a bullpen session on Saturday. “We’ll see it how it goes. … The last one went well,” manager David Ross said.

Jay Cohen can be reached at https://twitter.com/jcohenap