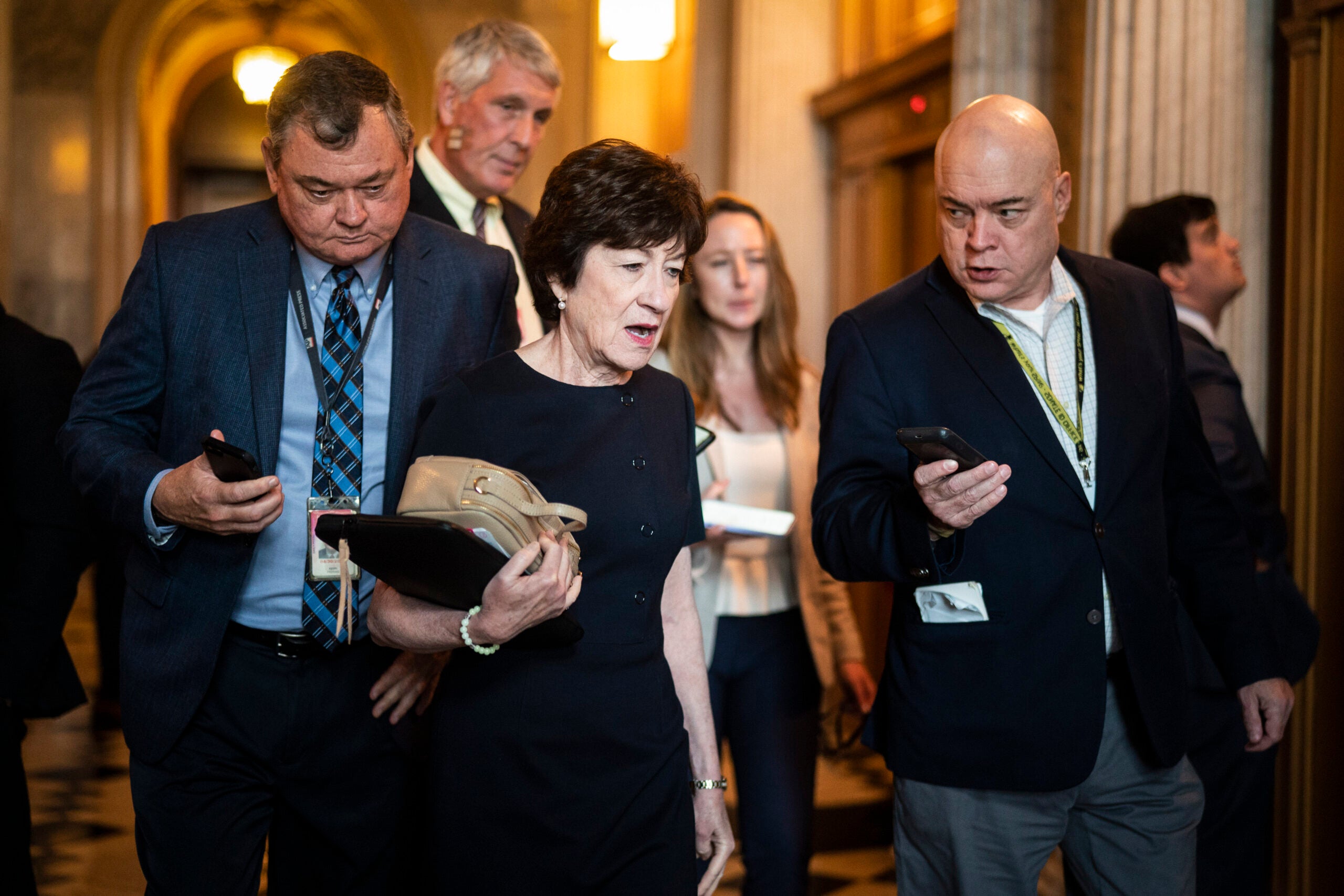 A bipartisan group of senators are readying changes to a marriage equality bill as part of a last-ditch effort to appease Republican concerns and guarantee federal protections for same-sex and interracial marriages become law.

The group of five senators, led by Tammy Baldwin (D-Wis.) and Susan Collins (R-Maine), is scrambling to get 10 Republicans to support the measure ahead of an expected vote before the chamber adjourns in the next month to campaign for the November elections. The Senate remains the final hurdle for the legislation to become law: The House passed the measure in July with support from 47 Republicans, a surprise to Senate Democrats who had not prepared to consider such legislation in the final half of the year.

The group thinks it has the support of 10 Republican senators, or will by the time the measure comes up for a vote, which could be as early as next week, according to three Senate aides familiar with the negotiations who spoke on the condition of anonymity to discuss private conversations. But those Republicans won’t announce support for the legislation until the vote, so they can be shielded from attacks that could pressure them to vote otherwise.

That confidence pushed Senate Majority Leader Charles E. Schumer to announce Wednesday that a vote on the bill will happen “in the coming weeks,” a firm deadline that will force Republicans to go on the record ahead of the midterms.

The Respect for Marriage Act would enshrine federal protections for same-sex and interracial marriages and repeal the 1996 Defense of Marriage Act, which recognizes marriages in the United States as between one man and one woman.

Passing the legislation would mark the first time Congress approves protections for marriage equality, a significant feat for a body that once voted to limit such rights. The push to codify same-sex marriage became more urgent to liberals after the Supreme Court overturned Roe v Wade this summer, motivating Democrats to hold a vote on the issue and protect the right from future challenges.

Baldwin and Collins said they are working to add new language that would clarify the bill would not infringe on religious liberty, a major concern for some Republican senators, including Sen. Mitt Romney (R-Utah), who is seen as critical to its passage.

“I’m continuing to work on that and that’s the area of my focus,” Romney told reporters Tuesday, dodging whether he would back the bill if religious liberty provisions were included.

The change would also address concerns by conservatives that the bill is too broad and leaves room for interpretation that could lead to federal recognition of polygamous relationships. Collins said that is being corrected “even though there’s not a single state that allows for polygamous marriages.”

Yet the Senate remains the main hurdle as some Republicans who have called for religious liberty considerations are already saying they will not support the legislation, even with the change. Sen. Kevin Cramer (R-N.D.) echoed many Republicans who believe Democrats are prioritizing politics by voting to codify “something that’s already been supported by the court.”

In response to Republicans claiming the vote is political, Baldwin, who is gay, laughed, then said, “It’s not. It’s very real for a whole lot of people.”

Tillis said there is still enough time to educate his fellow Republican colleagues about what this bill actually does, which he says is equally as important as approving those technical fixes.

Because GOP support in the Senate remains in question, senior Senate Democrats earlier this week considered attaching the legislation to a sweeping government funding bill that must pass this month to prevent a government shutdown. That idea was quickly shut down by Republicans upon their return to Washington on Tuesday, with Sen. John Cornyn (R-Tex.) simply telling reporters that “yeah” it would be a problem for Republicans if Democrats politicized the funding bill.

But those in the bipartisan group were also caught off guard, according to several aides, expressing extreme displeasure with the idea because it could kill their effort to get Republicans on board. Baldwin, who is largely regarded as the senator leading negotiations, told reporters repeatedly that attaching the bill to any vehicle was “not her preferred path.”

“That would cause us to lose Republican support in my view, and it’s also not appropriate for a policy bill of this sort,” Collins said.

Senators are pushing to pass the legislation over the next month ahead of the midterm elections to serve as another bipartisan notch for this congressional term. Discussions are underway about how to include the new text into the bill since adding it through an amendment process would mean devoting more floor time to the manner, which the chamber does not have during this session.

Any changes to the current legislation would also mean the House would have to pass it again, which should not be a complicated ask. Democratic leadership aides note, however, that it’s too early to know when they can take up the legislation since they will return to Washington next week.

In a Washington Post op-ed Tuesday, Baldwin and Collins reiterated that supporting the legislation would reflect most Americans’ belief that supporting marriage equality is a no-brainer and said aspects of the four-page bill have been “misunderstood, leading to false assertions and mischaracterizations of its scope.”

“We have worked across party lines to bring the Senate together and build support for the Respect for Marriage Act because we should be able to agree that same-sex and interracial couples, regardless of where they live, both need and deserve the assurance that their marriage will be recognized by the federal government and that they will continue to enjoy freedoms, rights and responsibilities that come with all other marriages,” the senators wrote.

How to win while losing: private members’ bills and the virtues of going big

Abortion ranks 7th as most important issue to Latino voters, behind economy and…