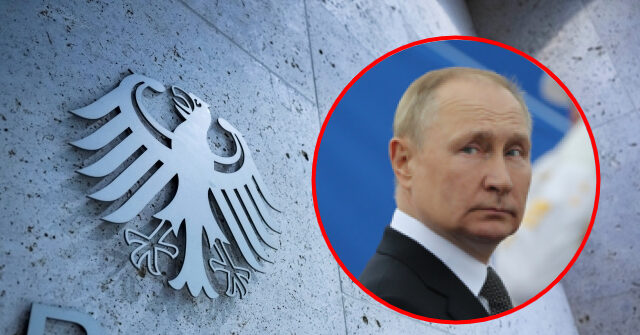 German prosecutors are working on the highly sensitive case of a senior intelligence officer identified as “Carsten L.” who stands accused of spying for Russia. Western intelligence officials said on Wednesday they have reason to believe this individual had access to top-secret information about the war in Ukraine, and the methods employed by the U.S. and its NATO allies to gather that information.

The Wall Street Journal (WSJ) on Wednesday noted that German prosecutors have understandably disclosed very little information about the highly sensitive case, beyond identifying “Carsten L.” as a former officer at the signals intelligence branch of Germany’s Federal Intelligence Service (the Bundesnachrichtendiennst, or BND).

A high-ranking position with BND signals intelligence would put the suspect in close contact with allied services such as the U.S. National Security Agency (NSA).

“Restraint and discretion are very important in this particular case. With Russia, we are dealing with an actor on the opposite side whose unscrupulousness and willingness to use violence we must reckon with. Every detail of this operation that becomes public means an advantage for this adversary in its intention to harm Germany,” BND president Bruno Kahl said last week, when news of a treason arrest in his agency first broke.

German officials confirmed the suspect worked with intelligence on the Russian war in Ukraine, including intel gathered by Germany’s allies. This is unsurprising, given that the BND has been heavily focused on Ukraine since Russia invaded last February.

“Germany isn’t a member of the so-called Five Eyes intelligence community made up of the U.S., Canada, the U.K., Australia and New Zealand, but Berlin does receive sensitive information from those countries, especially in relation to the war in Ukraine,” the WSJ noted.

Western officials told the WSJ investigators are attempting to determine precisely what material the spy exposed to Russian intelligence, how much of it pertains to the war in Ukraine — and perhaps most importantly — how much Russia will be able to deduce about Western intelligence-gathering methods by studying the pilfered information.

Germany’s Spiegel magazine said on Wednesday that the investigation and arrest of “Carsten L.” was precipitated by a tip from an unspecified allied intelligence service, according to German prosecutors. The allied service reportedly discovered BND intelligence material on Russia in the hands of Russian agents and traced it back to the German suspect.

According to Speigel, the double agent was the head of a BND technical intelligence unit. The home of another BND employee was searched as part of the investigation because this second individual used their office computer to access documents relevant to the case.

The last treason case at the BND was prosecuted in 2014 against a suspect named “Markus R,” who was charged with leaking over 200 secret documents to the American CIA between 2008 and 2014. He was also accused of passing some documents to the Russians near the end of his spying career. “Markus R.” was convicted and sentenced to eight years in prison in 2016.

Scottish and UK governments clash over £300m levelling up ‘shortfall’

World Privacy Day: 6 safety features in WhatsApp you must use

How we get high: our bodies are perfectly primed for consuming cannabis