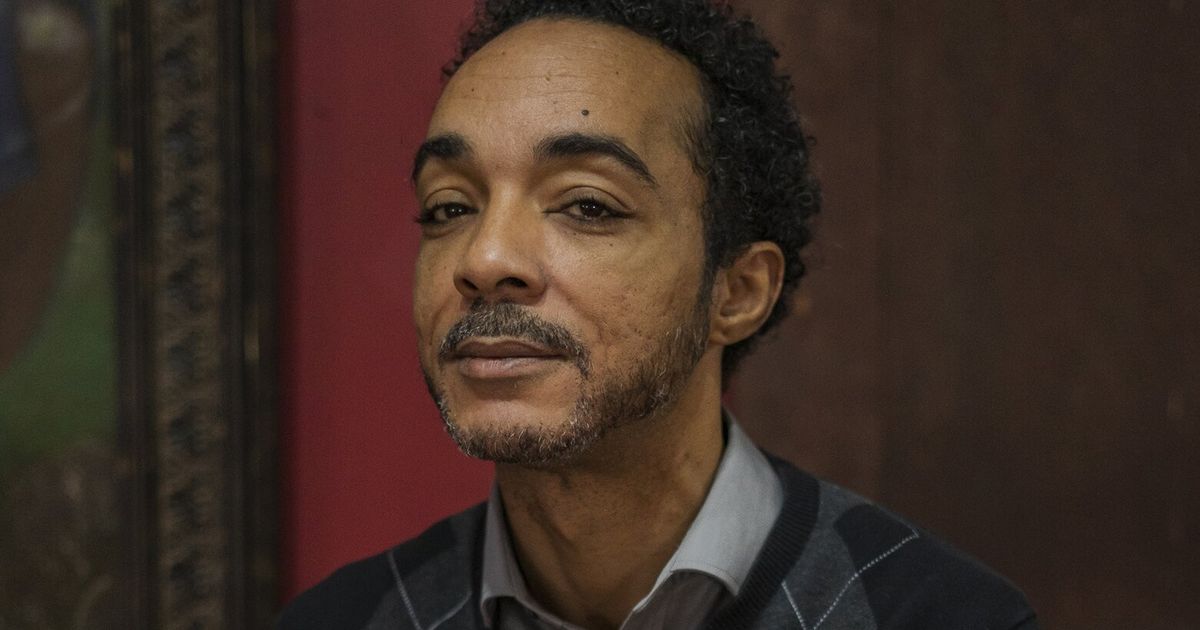 Terry Jackson lives a life dominated by sickle cell disease. The genetic disorder, in which misshapen red cells become wedged in blood vessels, causes him daily bone pain and lower back pain and has sent him to the hospital for pain treatment and life-threatening emergencies for five decades. He has frequent transfusions of fresh blood.

“You can’t escape it,” said Jackson, who owns a science communication business. “It is life-changing. It is each breath you take.”

The disease has directed his every choice. It led him to get a doctorate in genetics from Duke University because he became fascinated with the science behind it. It is central to his identity.

“I ask myself, ‘Who am I without sickle cell?’” Jackson said, adding, “It’s hard to even imagine what I would do, what would I be, if I don’t have it anymore.”

This year, Jackson and other people with sickle cell may have the option of finally living without the damage it causes. Two drug companies are seeking approval from the Food and Drug Administration for gene therapies that may provide what amounts to a cure. But the decision to take the medication — should it become available — is not so simple, it turns out.

Some like Jackson, who adapted to their illness, worry about what a new life would be like and are unsure of how to begin again as healthy people. Do they go back to school after dropping out because of their illness? Do they start looking for jobs after thinking that, with frequent hospitalizations because of sickle cell, they were unemployable? What if this new life is not so easy to enter?

Others fear that the logistical complexities of gene therapies may imperil their ability to access them.

These and other challenges illustrate an often hidden aspect of medical advances — a long-awaited cure can be accompanied by trepidation.

Sickle cell disease affects at least 100,000 people in the United States and millions worldwide. It mostly strikes Black and Hispanic or Latino people, but it also occurs in people with Mediterranean and Indian ancestors. People with the disease face searing pain, strokes, damage to tissues and organs and often death at an early age.

Two gene therapy drugs, one from Bluebird Bio and the other by Vertex and CRISPR Therapeutics, have been in clinical trials. Both efforts reported that patients were freed of debilitating episodes of pain. Their blood was no longer flooded with misshapen red cells.

“This is what science has been working toward for 50 or 60 years,” said Dr. Lewis Hsu, chief medical officer at the Sickle Cell Disease Association of America and director of the pediatric sickle cell program at the University of Illinois at Chicago.

This is what science has been working toward for 50 or 60 years.”
—Dr. Lewis Hsu, chief medical officer at the Sickle Cell Disease Association of America

Sickle cell leads to a steady drip of costs over a lifetime, affecting caregivers as well as patients and often limiting the incomes of both because of time lost from work or an inability to work. One report examined what private insurance companies paid and found that the lifetime costs of sickle cell were $1.7 million, including $44,000 that patients paid out of pocket.

That, patients and advocates said, does not begin to capture what sickle cell really costs. Ashley Valentine, co-founder of the national advocacy group Sick Cells, said she had to take three months off from work in 2016 to help her brother, Marqus, who had sickle cell. When he had a hip replacement in 2018, her father missed so much work to help care for Marqus that he accepted a layoff from his job. It affected her mother’s job, too.

While costs like the ones Valentine described are spread out over a lifetime, gene therapy must be paid for all at once.

Concerns about the high price of the treatment worry many people with sickle cell and their families.

The modified virus that delivers gene therapy is expected to cost at least $1 million, based on what other gene therapy vectors cost. But that is only part of the price.

Treatment starts with intense chemotherapy in a hospital to wipe the bone marrow clean, leaving space for genetically modified red blood cells that result from the treatment. Patients then spend about a month in the hospital waiting for the modified cells to grow. After they are discharged, the patients are immunocompromised for about six months while their immune systems recover.

Insurers are likely to pay for the part of the treatment that involves using a disabled virus to deliver the therapy. But whether they will pay for most of the chemotherapy, hospitalization and other costs is uncertain. Patients worry about bills from hospitals and doctors. Even if it is mostly covered, copayments can be an issue.

Will wealthier people get the treatment while others look on longingly, patients ask?

And, independent of the cost, how easy will it be for patients and family members who assist them to take off a month or more for the treatment, often traveling to distant cities with medical centers that can administer the treatment?

That could be a deciding factor for Doris Polanco, 36. She hates having sickle cell. She suffered so much in winter because cold brought on pain crises that she moved to Tampa, Florida, from New York in April 2021.

“I couldn’t even go to the grocery store,” she said. “It was like I had to hibernate.”

She would love to have gene therapy but recognizes that it will be difficult to suddenly become a healthy person. “It would be insanely hard,” she said. However, she added, “I would embrace it.”

But she has other concerns, particularly about her 7- and 12-year-old daughters. The long hospitalization for gene therapy followed by months of recuperation would be hard on them, she said.

“They are not babies, but they need me,” Polanco said.

Patients ask when in the course of the disease is gene therapy needed. If they wait too long, the disease can lead to a stroke or permanent damage to organs and bones. But if the disease is mild and manageable, is it better to wait? André Marcel Harris, 33, who lives in Houston, decided that waiting was his best option.

“I am not as sick as many others,” he said. “At this point, gene therapy is not part of the conversation.”

Shamar Lewis, 20, who lives in Orlando, Florida, has several concerns — possible long term side effects of gene therapy, costs and the monthslong process of being treated and recovering.

Still, sickle cell has been such a burden. He spent years of early adolescence unable to go to school because he was so sick — his school even sent teachers to his home. He has now finished high school and is interested in joining the military but has since learned that, with sickle cell, he would not be accepted. With gene therapy, “I would be able to truly live my life,” he told his mother, Carla Lewis.

Without the disease, said Teonna Woolford, 31, a sickle cell patient and advocate who lives in Owings Mills, Maryland, patients “don’t know who they are.” Many worry, she said, about “trading one familiar issue — sickle cell — with something else and overall fear of the unknown.”

Jackson shared that sentiment, saying that without sickle cell, “I’m an outsider, no longer part of this community.”

Kevin Wake, 54, who lives in Kansas City, Missouri, said sickle cell forced him to retire from his job in pharmaceutical sales and management and led him to think his days might be numbered. His two brothers died of the disease.

He spends his time as an advocate for people with the condition. He’d like to have gene therapy but wonders if he’d be accepted — he’s had three strokes because of sickle cell. And he asks: If he were cured, could he get a full-time job after being absent from the workforce for years? What sort of work would he do? He thinks he might like a job at a drug company that is developing sickle cell treatments, perhaps as a patient advocate if they are looking for such employees.

A few people may reject the cure altogether. Jackson said he would in part because sickle cell was so much a part of his identity that he could not imagine life without it. Others may reject it out of mistrust of the medical system.

There are also patients who cannot wait for gene therapy. Jimi Olaghere participated in the Vertex and Crispr trial 30 months ago, when he was 35. His life is transformed, he said.

“Every day, I used to be bedridden,” he added. “I used to be so short of breath I couldn’t do any activity. Now I can’t stop.”

Yet gene therapy cannot undo all the effects of sickle cell. Olaghere was left with residual permanent injuries from years with the disease, including damage to his hip.

Sickle cell shaped Olaghere’s most important life decisions, as it did for Jackson and Polanco. Olaghere chose a job in e-commerce because it gave him flexibility and allowed him to work at home. He moved from New Jersey to Atlanta to get away from cold winters.

And he did experience “an identity crisis,” when he had to make a life without sickle cell, he said. But now, Olaghere said, all of his suffering except for “mental health challenges” is gone.

Jet2 and easyJet issue flight warning for anyone travelling…

Daniel Andrews, Dominic Perrottet team up in bid to overhaul…