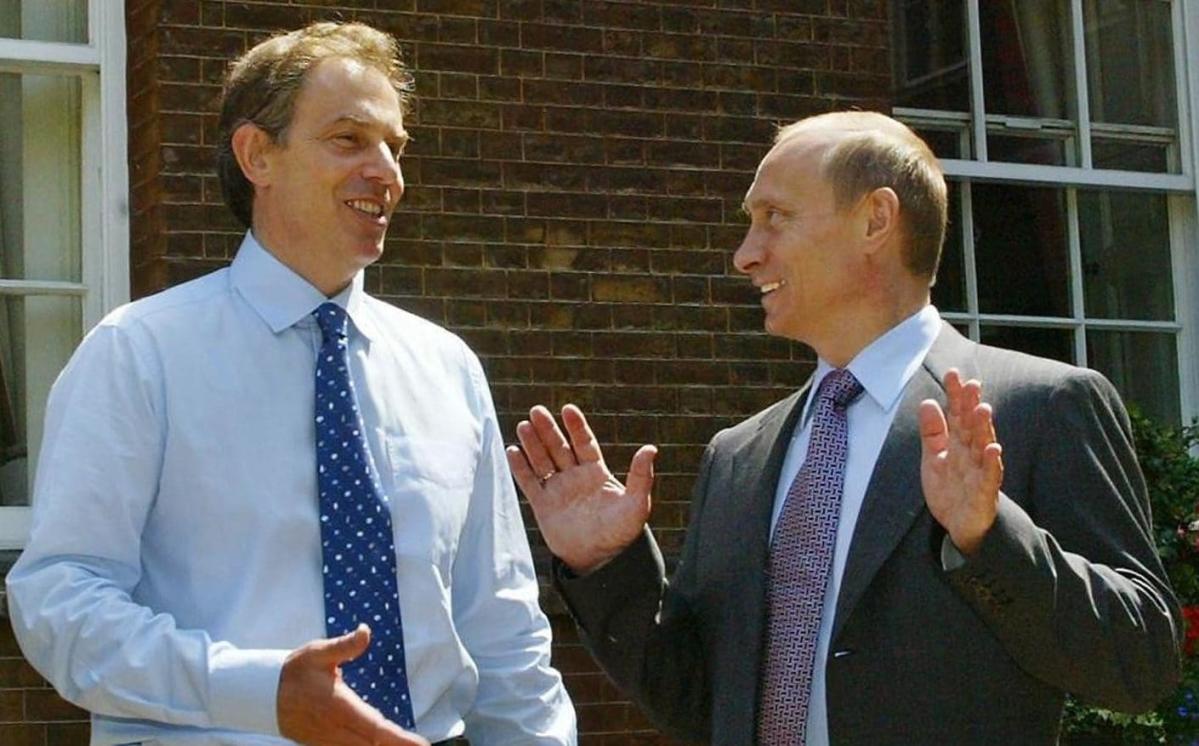 The name Vladimir Putin is now a byword for villainy and deceitfulness – yet two decades ago, the desire to integrate Russia into the geopolitical establishment was such that Sir Tony Blair was calling for him to have a seat at the top table.

Newly released documents from the National Archives reveal how, in the wake of Sept 11, Sir Tony and other Western leaders thought that Moscow could be engaged with and convinced to work in favour of counter-terrorism and the liberal world order.

Just months after Putin had shocked the West with his army’s brutal destruction of the Chechen capital Grozny, he was being courted by Sir Tony, who visited him in Russia in March 2000.

Archival material reveals how intent the former prime minister was in reaching out to his Russian counterpart.

However, other world leaders were sceptical, with the United States in particular wary of whether Moscow had truly changed.

In a summary of a Feb 2001 phone call between Sir Tony and Dick Cheney, then the US vice-president, the prime minister described Putin as a “Russian patriot” with a “similar mindset” to Charles de Gaulle.

Sir Tony told Mr Cheney that he was “less critical than some” over Putin’s brutality in Chechnya and that “there was a danger of the West being naive” on the issue.

The note also read: “He [Sir Tony] understood that Putin had a low approval rating in the US. But he thought it was better to allow him a position on the top table and encourage him to reach for Western attitudes as well as the Western economic model.”

Sir Tony had been courting Putin for nearly a year at that stage, with his visits sparking controversy over legitimising Russia’s brutal tactics in Chechnya.

The prime minister was not deterred, however, and another memo reveals that Sir Tony travelled to Moscow in Oct 2001 with a set of “silver No 10 cufflinks” as a birthday present for the Russian president.

“You will recall that Putin actually asked you to come to celebrate his birthday on Sunday so we are bringing a set of the new silver No 10 cufflinks as your gift – he will be the first leader to have them,” a note from an official said.

Despite Sir Tony’s enthusiasm, his own officials pointed out that Putin often promised one thing and did the opposite.

A briefing note from Sir John Sawers, his foreign policy adviser, summarising previous meetings between Sir Tony and Putin, highlighted a long list of ways in which Moscow was failing to follow through on its promises.

Among other issues, it listed continued spying, the supplying of Iran’s nuclear programme and falsely blaming Britain for the sinking of the Kursk nuclear submarine.

The memo, titled “Putin’s progress” said of the spying: “Despite the warmth of Putin’s rhetoric about the close links between Russia and the UK, the Russian intelligence effort against British targets remains at a high level.

“The Russian intelligence presence in the UK is at Cold War levels, and they continue to try to post active and hostile officers to work against British interests worldwide.”

It also said that while Putin had welcomed Sir Tony’s offer of assistance with the Kursk, Russian officials were spreading false rumours that it had collided with a British submarine.

Keen to focus on War on Terror

While the documents show that the US remained more sceptical than Britain about Putin, the changes brought about by the Sept 11 terrorist attacks pushed much of the West to embrace him regardless.

Official accounts of the first Nato-Russia summit in Rome in 2002 show how keen George W Bush, then the US president, was to move on from Cold War-era concerns, such as nuclear disarmament, to focus on the War on Terror.

During a lunch session at the summit, Mr Bush told Putin and other leaders that they “shared a common threat” and “must forge common tools to fight it”.

Mr Bush wanted to develop “seamless intelligence cooperation” so that all countries represented in the Council could join together in fighting the common enemy of terrorism.”

It also meant dispensing with “old weapons relevant to past conflicts”, a reference to negotiations over nuclear disarmament in favour of new methods, especially “special operations troops”.

The Russian president responded by insisting that he wanted to “reinforce Russia’s relationship with Nato” and wanted its “voice to be heard”.

However, he also provided a warning, insisting that his own people would not welcome Nato enlargement and that his opponents would try to exploit it.

UW football could be a juggernaut next season. But it’s time to celebrate a 2022 to remember.