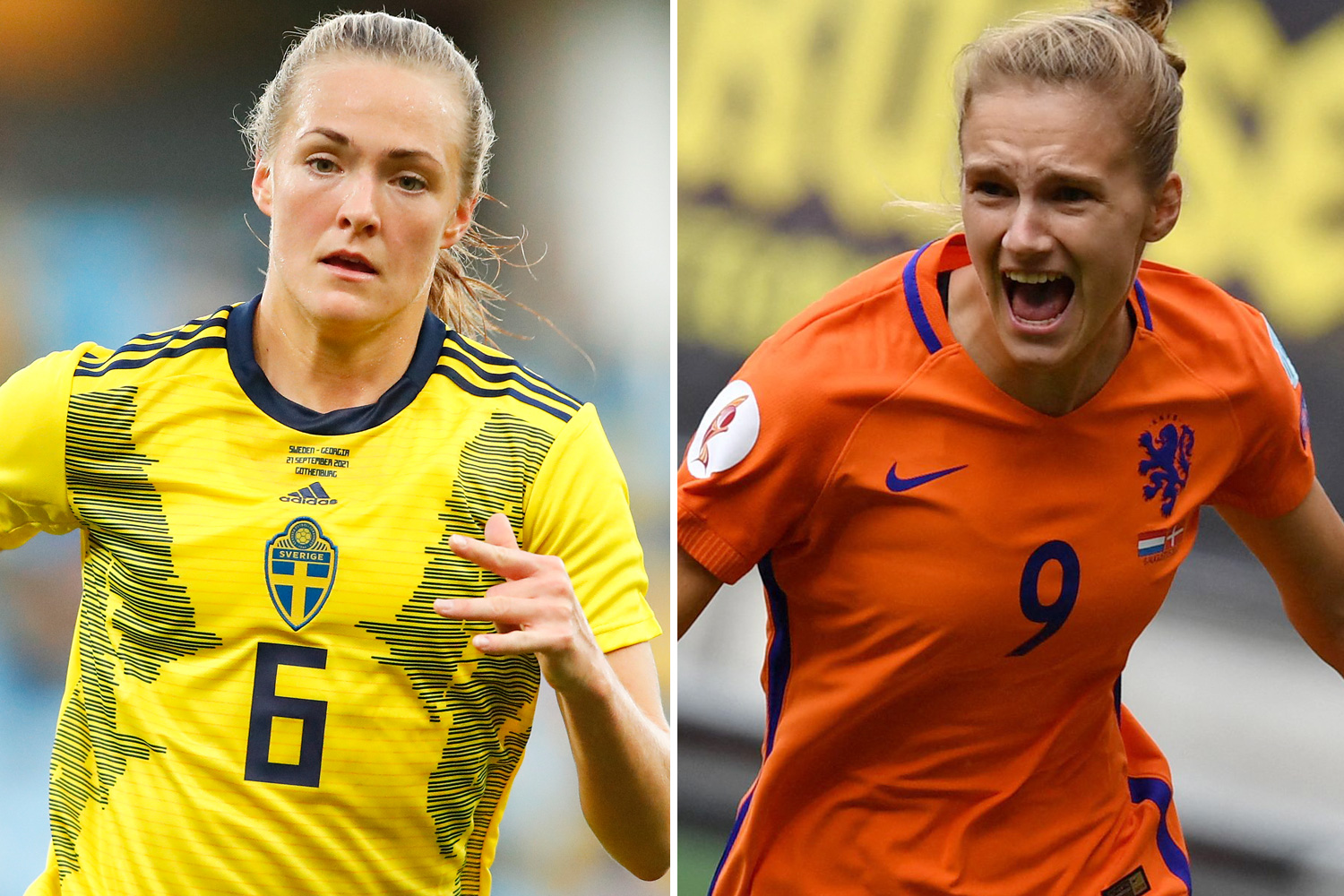 SWEDEN kick off their quest to reach a European Championship final for the first time since the tournament began in 1984.

They face a Netherlands side bidding to win the contest for the second successive time following their 2017 triumph.

The Bramall Lane clash, to be aired live on BBC One at 8:00 pm, is the second of two Group C openers with Portugal drawing 2-2 with Switzerland.

Sweden – beaten finalists at the Rio and Tokyo Olympics in 2016 and last August – will be hoping to claim their first major tournament win in 38 years.

But they will be up against a Dutch side featuring an array of attacking talent.

Here is a look at six stars likely to play a big part for the teams in this year’s Euros. 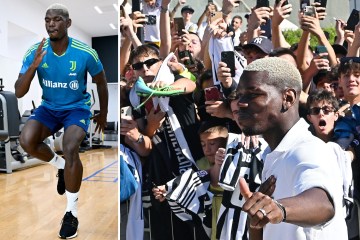 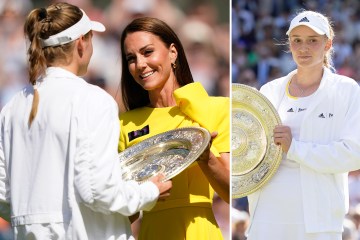 The forward made history in June 2019 when she became her nation’s all-time top markswoman with a tally of 60 goals after netting a brace against Cameroon.

And Miedema helped her national team to their first-ever major trophy win five years ago.

She was on the scoresheet when her team, then coached by Sarina Wiegman, dispatched Denmark 4-2 to win the 2017 Euros.

In March the Gunners star made history again when she became the first player to notch up 100 WSL goal contributions.

Back then the forward, 29, won a Player of the Tournament gong for her impressive displays in attack.

The former Barcelona star has earned plaudits for her flair and trickery on the wing.

She was among the aces who impressed during the club’s 4-0 Champions League final defeat of Chelsea last year.

Since her 2011 international debut, Martens has notched up 55 goals in 136 appearances.

The Manchester United fan favourite, 27, was her national team’s player of the match when they beat Sweden in the 2019 World Cup semi-finals.

Her 99th-minute goal sealed the Netherlands’ spot in the finals against the United States.

Back then United were narrowly beaten to third place by just a point.

For her national side, Groenen has scored nine goals and been capped 87 times since making her senior debut.

Blackstenius, 26, enjoyed a positive start to her Arsenal career after joining the club in January from Swedish side BK Hacken.

Before her Gunners switch, the striker was one of Europe’s most sought-after forwards, attracting interest from sides including Manchester United.

Last summer she helped Sweden to a silver medal win at the Tokyo Olympics.

Goals included a brace against the USA in the tournament’s group stages.

Chelsea skipper Eriksson, 28, who joined the Blues in 2017, is considered among the best defenders in the world.

At club level, the Sweden international had a pass completion rate of 83% for Emma Hayes’ side last season.

Since joining Chelsea, Eriksson has won nine major trophies with the club.

Eriksson featured in Fifa’s World XI last year and has made 84 appearances for her nation, currently ranked second best side in the world.

She also helped Sweden to a bronze medal win at the 2019 Women’s World Cup in France when they beat England 2-1.

Her international honours include two silver medal wins at the Rio and Tokyo Olympic games in 2016 and 2021.

Asllani, 32, notched up 19 goals in 46 appearances during a two-year Real Madrid after from 2020 to this year.

At the Tokyo Olympics, the Sweden star, who sealed an AC Milan switch this summer, formed a formidable midfield partnership with skipper Caroline Seger and Filippa Angeldal.

Asllani scored the winner in Sweden’s last victory against the Netherlands, a 2-1 friendly win in Canada ahead of the 2015 World Cup.

The midfielder has netted 43 goals in 161 international appearances.

She is also Sweden’s third most-capped player after Seger and goalkeeper Hedvig Lindahl.