Skagway, Alaska, reeling after 2 suspected overdose deaths in as many days 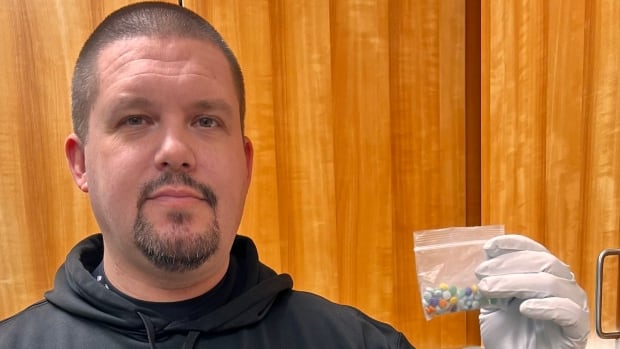 People in the small community of Skagway, Alaska, are on edge after two residents died within hours of each other from suspected overdoses, and police seized a “large number” of pills believed to be fentanyl.

“I think that everybody’s in a mindset of, you know, trying to figure out exactly what’s going on and make sure that the crisis doesn’t get any worse,” said Mayor Andrew Cremata on Tuesday.

“In the span of 18 hours, to have two very well-known and well-liked members of the community presumably die because of overdose — you know, we’re kind of reeling from that. We’re not exactly sure how to cope with these things.”

A news release from Skagway police chief Jerry Reddick on Monday said that one person died on Friday and another on Saturday, and he attributed the deaths to “suspicions of illicit drug use.”

Reddick said the deaths prompted “numerous tips” to his department, and on Sunday police seized “a large number of pills that is believed to be fentanyl.”

“The investigation is ongoing and criminal charges are forthcoming,” the release states.

Police also shared a picture of the seized multi-coloured pills, advising residents who see medications or pills that look similar to not touch them, and call 911 immediately. They’re also urging residents to immediately dispose of any illegally-obtained drugs.

“Municipal officials are urging a preponderance of caution,” the release states.

‘We didn’t escape, it just took longer to get here’

Melinda Munson, co-publisher of the Skagway News, calls this past weekend the worst she’s ever experienced in the community, “and the biggest learning curve.”

But Skagway seemed to be relatively unaffected, until now. Munson said there aren’t many ways for illegal drugs to get into the remote coastal community — it would have to be either by mail, by boat, or across the border from Canada. The only road to the community is from Yukon via the border crossing at Fraser, B.C, which is about 35 kilometres from Skagway.

“I think everybody thought that we had escaped, you know, this massive nationwide and international-wide issue. But we didn’t escape, it just took longer to get here. Now it’s here,” Munson said.

“There’s a lot of fear in town right now. A lot of worry, a lot of concern, a lot of sadness.”

The community is typically quiet and tight-knit during the winter months, and busier during the summer cruise-ship season. The mayor figures there are about 600 to 700 people living in town right now, and says that number will double over the next few months with some seasonal residents trickling in already.

Cremata says that despite the weekend seizure of pills, local officials have reason to believe there’s “still quite a bit out there.”

“I always assumed that, you know, it was more of a low-level casual use type situation here — because we hadn’t seen overdoses and, you know, the crime or other problems that you might see in a larger community,” Cremata said.

“But that’s changed. So now it makes me believe that we probably had a larger problem than we were aware of.”

Why did the Turkey earthquake do so much damage? Many buildings collapsed like…