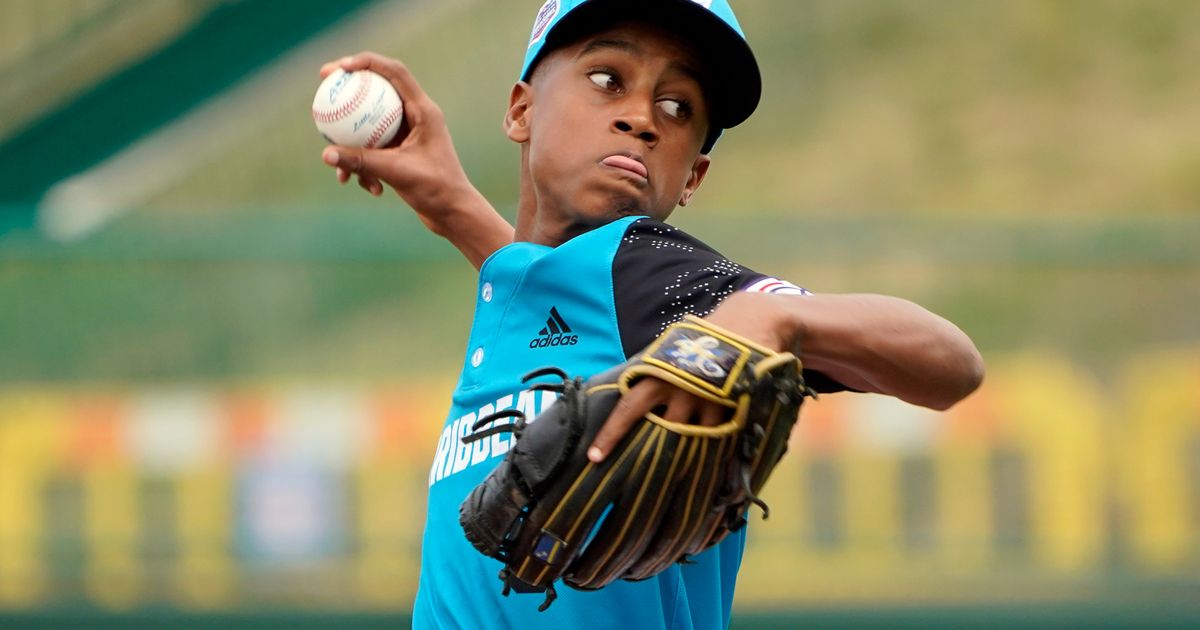 SOUTH WILLIAMSPORT, Pa. (AP) — If there’s a player who best represents just how good Curacao can be at the Little League World Series, it may be Davey-Jay Rijke.

In Curacao’s 2-0 victory Wednesday over a talented team from Nicaragua, Davey-Jay allowed just two hits while striking out 14 over 5 1/3 innings. He came up with a big hit, a triple in the sixth inning, and scored his team’s insurance run.

Not only that, but with Curacao up just 1-0 and Nicaragua with runners in scoring position in the fourth inning, Davey-Jay laid out to grab a bunt that popped up between the mound and the first base line. As he went back to the dugout, his teammates mobbed him, with one tossing a jacket over his shoulders.

“You have to keep the guys smiling, just let them have fun,” Zaino Everett, the team’s manager, said afterward. “There are so many pressures in the game to not be that way.”

Davey-Jay works fast but also stays calm. The batters he faces don’t seem to stay so cool facing his 75 mph fastball, which comes in about as fast as a 98 mph pitch from a major league mound. Also unnerving to hitters is his tempo. As soon as his foot touches the rubber, Davey-Jay’s windup begins.

“I feel good, my arm feels good, my control is perfect.” Davey-Jay said through an interpreter. “That’s the way Shohei Ohtani is looking so I’m trying to be like him.”

What’s interesting about Curacao is performances like Davey-Jay’s, while remarkable, aren’t so rare.

Curacao is located just off the coast of Venezuela and is small in physical size — a third as big as New York City — with a population at just over 150,000 that is comparable to Springfield, Massachusetts.

This year is the country’s 14th visit to South Williamsport, including a 2004 championship with a team that featured future notable big leaguers such as Jonathan Schoop and Jurickson Profar in a win over undefeated California. It also finished as runner-up in 2005 and in 2019, the last time international teams played in the tournament.

An advantage that the island of Curacao has is the condition of its fields — and that means the relatively poor condition. Baseball diamonds lack the smooth playing surface that grass provides for infields, and instead are left with divots and rocks, forcing infielders to handle frequent bad hops from ground balls.

“That’s why our infielders have the smoothest hands,” said Andy Martina, a broadcaster covering the LLWS for fans back in Curacao on Deporte Aktivo. “Look at Didi (Gregorious) and Ozzie (Albies).”

The island boasts Hall of Famer Andruw Jones, along with current major leaguers such as Albies, Gregorious, Kenley Jansen, Profar and more.

“Most of the MLB players give back to the community,” Martina said. “They will talk to the little leaguers and explain how they play the game.”

The team also carries a little bit of the swagger of their mentors and predecessors. They can be seen on the field in pregame dancing in groups, or in the case of Kyshore Hinkle, running his fingers across the front of the jersey where “Caribbean” is printed to show where he came from after a big play.

Another tough team is coming up in Panama on Friday afternoon. Panama may be good but they are certain to face a team that will play well in Curacao.

“We’ve trained so long and hard to get here, for this year since the pandemic stopped us from coming the past two years,″ Everett said. “We come back, do a good job, and make Curacao proud of us.”

Matthew Gelhard is a journalism student at Penn State.

Emmerdale spoilers: Amelia kisses Noah as he takes her to her baby scan

“Next time you get in trouble, call a…