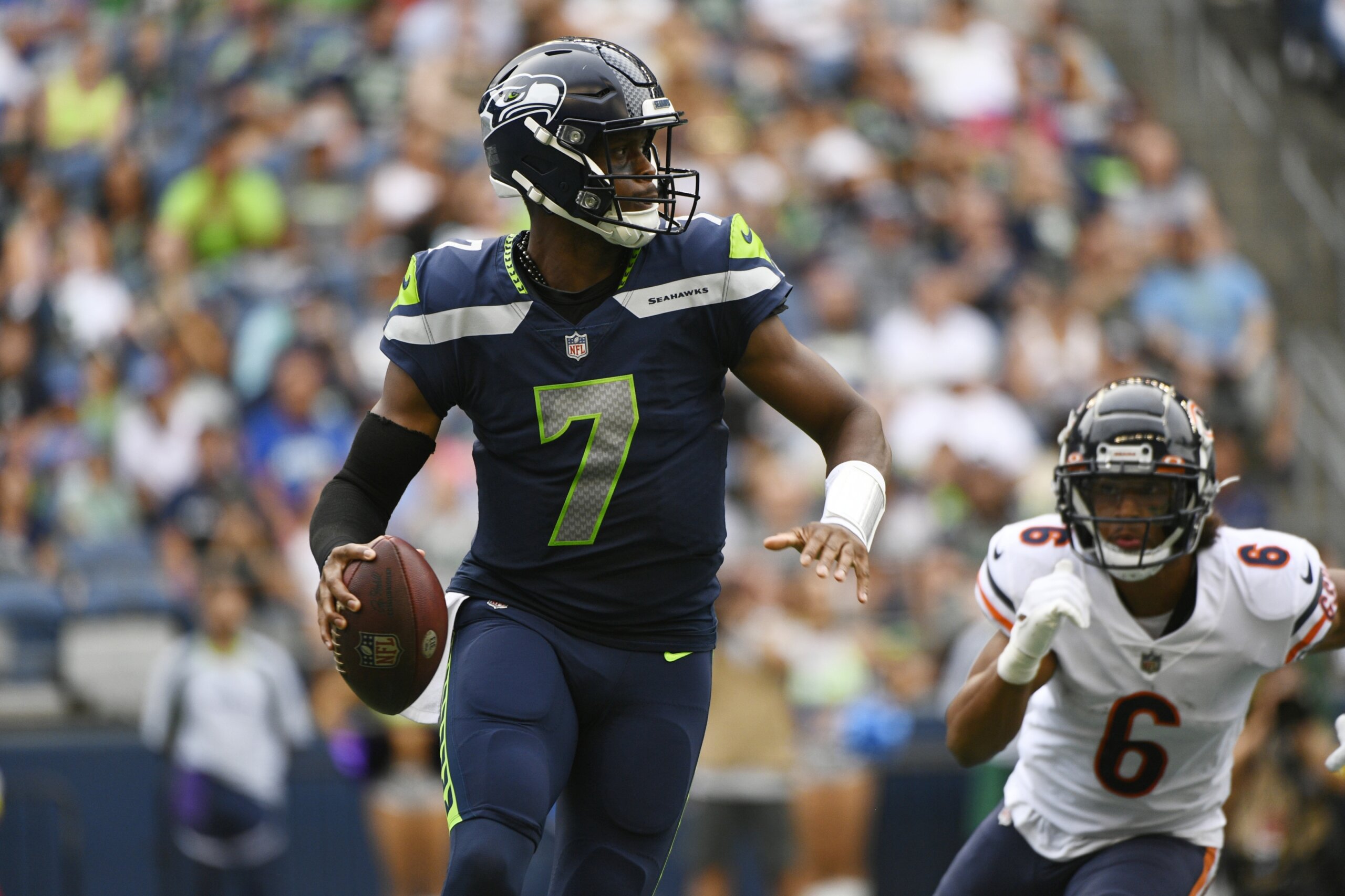 Smith and the Seahawks were overwhelmed in a 27-11 loss to the Chicago Bears on Thursday night in the second preseason game for both teams, which was mostly a dud from Seattle’s standpoint.

“I thought operation was good, his preparation was great. He handled the offense the way we wanted him to,” first-year Chicago coach Matt Eberflus said of Fields. “Had a nice drive and scored the field goal. So I think it’s progress.”

The Seahawks had planned to start Lock but turned to Smith when Lock tested positive for COVID-19 on Tuesday. That meant another opportunity for Smith, who started last weekend at Pittsburgh, but his uninspired performance suggests Lock still has a chance to win the job.

That may depend on how quickly Lock can return from his illness and if he’ll be ready to play by the preseason finale in Dallas next week. Carroll said Lock was still feeling “really sick.”

“I talked to him this morning and it hit him pretty hard,” Carroll said.

Smith finished 10 of 18 for 112 yards and was hampered by teammates’ mistakes while playing the first half. His only drive where Seattle threatened to score ended when Jason Myers missed a 47-yard field goal attempt.

Smith was slated to play into the third quarter but banged his knee in the first half. He was icing the knee while Jacob Eason took all the snaps after halftime.

“We again just started a little slow, had some self-inflicted wounds. Some things that we can control that really set us back,” Smith said. “And that’s the reason for the preseason is for us to get those things out. Obviously, there’s a ton of room for improvement and a lot of things that we have to improve on very fast.”

The Bears led 24-0 before Seattle finally got on the board on Darwin Thompson’s 8-yard TD run with 2:08 left.

Penalties and dropped passes made the Seahawks’ offense choppy and listless. Rookie first-round pick Charles Cross was flagged four times in the first half at left tackle, three of those for false start. Bo Melton, Freddie Swain and Dareke Young had drops.

Lewis was down for several minutes and eventually had an air splint put on his lower right leg before being loaded on a cart and taken off the field. But Carroll said X-rays were negative and Lewis has an ankle sprain. Still, it’s a hit to Seattle’s interior offensive line, which isn’t the deepest part of the roster.

“We’re very fortunate there. He was upbeat about that a little bit, maybe surprised by the results. We’re thrilled,” Carroll said.

Siemian threw a 1-yard TD pass to Jake Tonges and Hicks corralled Cade Johnson’s muffed punt at the goal line late in the first half to give the Bears a 17-0 lead. Third-stringer Nathan Peterman led a drive in the third quarter that ended with Darrynton Evans’ 1-yard TD run.

Fields played one series in the first quarter. He was 5 of 7 for 39 yards and led the Bears to a 35-yard field goal by Cairo Santos.

“I feel like every time I step on the field I can get something out of it,” Fields said.

Chicago lost a couple of players to injuries. Linebacker Matt Adams suffered a shoulder injury in the first quarter. He’s been playing in the spot normally occupied by Roquan Smith, who is in a contract dispute with the team. Backup running back Trestan Ebner suffered an ankle injury in the second quarter and didn’t return.

Bears: At Cleveland on Aug. 27 to end the preseason.

Seahawks: Seattle closes out the preseason on Aug. 26 at Dallas.