The SNP confirmed Mr Docherty-Hughes had quit and been replaced by Brendan O’Hara, the Argyll and Bute MP who had been the party’s international development and spokesperson.

A Nats HQ source said: “The change is purely for personal reasons due to the time commitment of the role.”

But other insiders suggested his resignation may be to do with the gender self-ID, and linked to difference in opinion over how to respond to the UK Government’s block on the controversial Holyrood law. 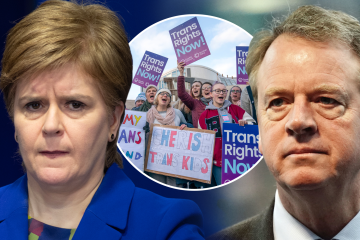 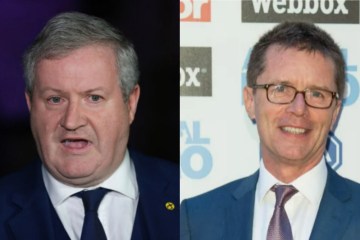 Mr Docherty-Hughes was given the job in December in a bid to re-instil discipline amid splits in the SNP Commons group. He replaced Owen Thompson, who Mr Flynn sacked despite calling “an outstanding member of the parliamentary group”.

Mr Docherty-Hughes’s appointment was seen as a surprise first move ahead of a planned overhaul of the group in the Commons.

He is seen as ultra loyal to Nicola Sturgeon, whose allies had fought Mr Flynn’s bid to oust Mr Blackford.

His appointment as chief whip had surprised members of the curry and football-loving “Tuesday Club” of male SNP MPs who plotted to force out Mr Blackford and install Mr Flynn.

Lib Dem Edinburgh West MP Christine Jardine said: “The SNP are rattling through chief whips at an astonishing rate. It seems as if they can’t stand one another.

“That’s not just an internal matter, it’s bad news for the people of Scotland who have to put up with nationalist MPs more concerned with settling scores than they are representing the Scottish interest.”

Mr Docherty-Hughes told The Scottish Sun his resignation was for “purely personal” reasons as he “understood quickly that the role has a massive impact on your life, and I realised in the pandemic that you need to look after yourself before you can help others”.

On the claims that gender self-ID debate could have been an issue, he said: “I have been a consistent supporter of the Bill and participated in a Westminster Hall debate last year unequivocally supporting the Scottish Government and will continue to do so.”

How much is pet insurance a month?