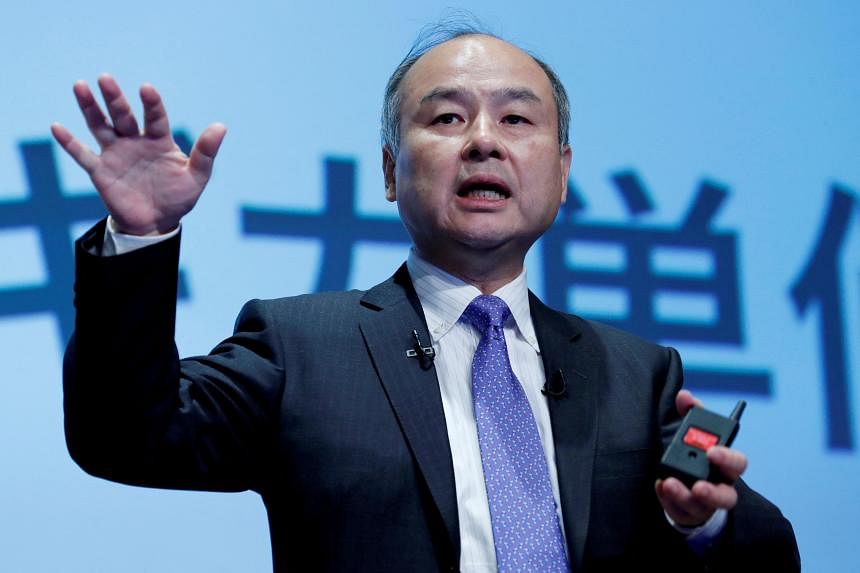 The world’s largest tech investor – which at one point took part in US$30 billion (S$39.4 billion) worth of financing rounds in more than 90 start-ups in a single quarter – participated in just eight investment rounds totaling US$2.1 billion in the three months ending in December, data compiled by Bloomberg showed. It was the first time the number of SoftBank’s deals fell to single digits since the launch of its Vision Fund in May 2017.

Start-up investments by SoftBank’s Vision Fund unit came below US$350 million in the quarter just ended, a person familiar with the matter said. In total, the segment invested more than US$144 billion in five-and-a-half years, which averages out to more than US$6 billion per quarter.

SoftBank is not alone. Rivals Tiger Global Management, Sequoia Capital and Coatue Management have also tightened their spigots after shouldering big writedowns in 2022. Denied lucrative exits by a rout in tech valuations, deep-pocketed investors have pulled back, hitting pause on billion-dollar funding rounds that had become common in recent years.

“With all these players slowing down, we’ll see fewer headlines about newly-anointed unicorns, but I would argue that this is a healthy recovery period after partying a bit too hard these last three years,” said Coral Capital chief executive officer James Riney.

SoftBank’s Vision Funds transformed the venture capital ecosystem, directing billions of dollars into hundreds of start-ups and forcing other investors to match their big bets. By flooding private markets with easy money, SoftBank and its rivals allowed companies to chase growth while avoiding the scrutiny of public listings. Early-stage investors could hope for a lucrative exit as late-stage investors fought to buy their stakes, lifting valuations throughout an opaque corner of investment.

Those bets have soured, along with promises of quick gains via big initial public offerings (IPOs). SoftBank’s Vision Funds have been underperforming the rest of the venture capital sector. One fund is underwater.

Now, even after a year of writedowns, investors are still debating how much more valuations have yet to drop, and that uncertainty is hurting start-ups’ ability to raise new capital, forcing deep cost cuts at start-ups big and small. A recent survey by January Ventures of 450 early-stage start-up founders in the United States and Europe found that about 80 per cent didn’t have enough cash to get through another year, while late-stage start-ups have resorted to fundraising at sharply lower valuations.

That could mean a flurry of start-up acquisitions this year, as investors – under pressure to exit – push entrepreneurs to sell their companies or their stakes to bigger legacy firms, a la Adobe’s US$20 billion deal to buy Figma.

SoftBank shouldered big writedowns on investments in some of the world’s most high-flying start-ups, resulting in deep losses last year. The Vision Fund unit lost US$7.2 billion in the September quarter after losing a record US$17 billion the quarter before.

With SoftBank’s billionaire founder Masayoshi Son having promised to play defense as long as the market stays weak, SoftBank is unlikely to reverse course anytime soon. Its performance is under further pressure from a weaker US dollar, down 9 per cent against the yen during the December quarter after seven straight quarters of earnings-bolstering strength. SoftBank is likely to have posted another loss at its Vision Fund unit as a weakness in the greenback more than offset local currency gains, said Kirk Boodry, an analyst at Redex Research who publishes on Smartkarma.

Instead of spending on deals, SoftBank splurged on 532 billion yen (S$5.4 billion) of share buybacks, propelling a 15 per cent gain in its stock during the three months ended Dec 31. It was the stock’s best quarterly performance in almost two years.

While no rebound in Vision Fund investments is expected in the near term, a successful IPO of chip designer unit Arm or an asset sale could give SoftBank the fuel to pump into deals later in the year, Mr Boodry said. SoftBank acquired Arm for about US$32 billion.

But Mr Son faces an uphill battle in a still-weak IPO market, with US-China tensions weighing on the semiconductor sector. Given the odds against a quick recovery, SoftBank executives have said they are prepared to roll back investments for many more months to come, if necessary. BLOOMBERG

Brutal reaction to 2023 Australian of the Year Taryn Brumfitt

Will German and U.S. tanks be game changer for Ukraine?