Some abortion bans put patients, doctors at risk in emergencies 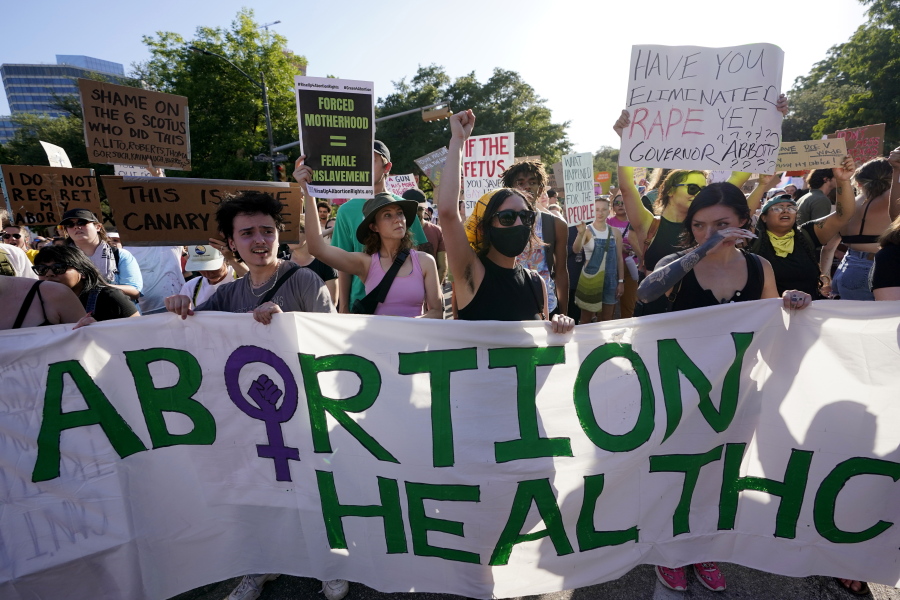 Ever since the U.S. Supreme Court overturned Roe v. Wade, emergency health care providers in states that ban abortion have had to make wrenching legal and ethical judgments before treating a pregnant woman whose health or life may be in peril.

“It’s happening every single day,” said Dr. Jen Villavicencio, lead for equity transformation at the American College of Obstetricians and Gynecologists. “We’re seeing treatment for ectopic pregnancies being stalled until they rupture and become life-threatening. We’re seeing people with broken water and fetal parts stuck in their vagina sent home until fetal demise occurs or the patient ends up in the ICU because of infection or bleeding.”

Federal courts in Idaho and Texas are wrestling with the thorny question of whether state abortion bans or a federal emergency medicine statute should determine whether and when doctors can perform emergency abortions.

Last week, they came up with opposite answers.

A Texas judge ruled that state abortion laws preempt a federal law requiring hospitals and physicians to protect the health and life of all patients who enter an emergency room or labor and delivery department.

At issue is the Emergency Medical Treatment and Labor Act, known as EMTALA. Enacted in 1986, the statute was intended to ensure that all people have access to emergency medical services regardless of their ability to pay.

To qualify for Medicare funding, which virtually all hospitals need to stay in business, emergency and labor and delivery departments are required by law to screen and stabilize patients, and to provide whatever medical treatment is necessary to protect the health and life of anyone with an emergency medical condition, including active labor.

On July 14, Texas Attorney General Ken Paxton, a Republican, sued the federal government to block enforcement of a July 11 letter to all health care providers stipulating that their legal duty to provide any available treatment necessary to stabilize patients with emergency medical conditions “preempts any directly conflicting state law or mandate that might otherwise prohibit such treatment.”

On Aug. 2, the U.S. Department of Justice filed a lawsuit against Idaho seeking a judgment that federal law preempts the state’s abortion ban in cases where the procedure is a necessary treatment for an emergency medical condition.

Legal experts say the conflicting court decisions pave the way for a slew of new battles that could lob the question of federal preemption back to the U.S. Supreme Court.

Physicians and hospital administrators say it’s difficult or impossible to know when an individual patient might be at risk of dying. More important, medical ethics require doctors to provide the best available treatment to prevent patients from reaching that point.

The most common pregnancy-related medical emergency is ectopic pregnancy, in which a fertilized egg grows outside of the uterus and will never develop into a viable fetus. Occurring in roughly 2% of all pregnancies, the recommended treatment is to remove the embryo and end the pregnancy. If not treated, ectopic pregnancy can result in hemorrhaging, infection and sometimes death.

Patients also go to hospital emergency rooms and labor and delivery departments when they go into early labor, their water breaks or they begin bleeding, all signs of a potential miscarriage. Since there is no chance a fetus will survive outside of the womb in the first trimester of pregnancy, when most miscarriages occur, the recommended treatment is medication or clinical abortion.

“The Idaho decision showed some understanding of the gray area we’re often in, where we know that a person needs treatment but we’re not clear on when or if their condition will become life-threatening,” said Dr. Alison Haddock, chair of the Board of the American College of Emergency Physicians.

No emergency doctor wants to become a test case for how long a physician must wait before performing an abortion to save the life of a patient, she said.

In Texas, the judge ruled that emergency abortions to protect the health of a patient are not excluded from the state’s law, which makes performing an abortion a felony unless it is needed to save the life of the patient.

In Idaho, the judge exempted emergency abortions to protect the health or life of a patient from the state’s newly effective trigger law banning nearly all abortions.

Both decisions were preliminary injunctions that will remain in effect until a final decision is reached in district court. In both cases, the decisions can be appealed to a circuit court. From there, the question could land in the U.S. Supreme Court.

In the meantime, legal experts say lawsuits addressing the same issue could crop up in the 24 other states that have statutes prohibiting abortion prior to viability, according to the Guttmacher Institute, which supports abortion rights.

In six of the states with abortion bans — Arkansas, Georgia, Idaho, Missouri, North Dakota and Tennessee — the bans authorize prosecutors to criminally prosecute health care professionals for performing abortions. Providers there are allowed to offer evidence that the procedure was necessary to save the patient’s life only after they’re charged.

In other states, abortion bans include an exception for emergency abortions needed to protect the patient’s life, meaning health care providers will not be prosecuted unless evidence indicates the patient’s condition was not life-threatening.

But medical professionals say it’s impossible to know how close a patient must be to dying before a needed abortion is exempt from a state ban. Even if a clear line existed, they say, medical ethics require doctors to treat patients as early as possible to avoid any negative outcomes.

“The overall impact of these laws is a chilling effect on the practice of medicine,” said Villavicencio of the obstetricians’ organization. “Regardless of the specific language, abortion bans scare health care providers into thinking that their profession is at risk, their freedom to provide the best possible care for their patients.

“For some,” she said, “the only choice is to not provide care at all.”

Legal experts on all sides of the issue predict a morass of lawsuits over federal preemption of state abortion bans under EMTALA before the issue is resolved.

Steven Aden, general counsel of Americans United for Life, which opposes abortion, called the Idaho case brought by the Biden administration a “political stunt.” He agreed with the judge’s finding in the Texas case, arguing that the federal government is not authorized to sue a state under its EMTALA statute but only to withhold Medicare funding.

Aden argued that criminal law provides several layers of protection for doctors who perform emergency abortions to save the life of a patient and that state lawmakers never intended their bans to allow prosecutors to go after health care providers unless they show a pattern of behavior and intent to violate the law.

But doctors should not have to be experts on state abortion bans and criminal law to practice medicine, said Lawrence Gostin, a professor of global health law at Georgetown University.

“It’s unconscionable to require doctors to face an agonizing choice of whether to follow state law, federal law or medical ethics. When it comes to the emergency department, doctors shouldn’t have to hesitate to provide the care that’s needed,” he said.

“For now, President (Joe) Biden is focusing his strategy on existing federal law since he can’t get Congress to take any action and the future for the Supreme Court is bleak,” Gostin said. “The only federal options available for preserving abortion rights are EMTALA primacy and FDA preemption over medication abortion. We’ve already seen split rulings from Idaho and Texas, and we’re likely to see more of that.”

Apple Event 2022: What to expect and how to watch live from home

Brad William Henke Dead at 56; Former NFL Player, Actor Passed Away in His Sleep; No…

Her apartment might have put her son’s health at risk. But ‘I have nowhere else to…

Patients wait for hours at a Warman, Sask. walk-in clinic. Now the city is losing…