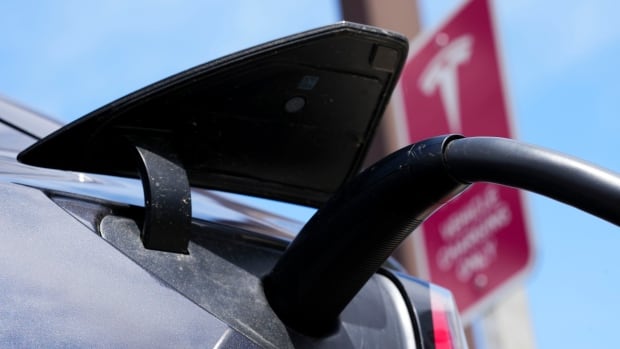 Early findings from a study that is looking into distracted driving in semi-automatic vehicles reveals that people aren’t always fully paying attention.

The study has participants drive a Tesla Model 3 on a stretch of Highway 401. Some are driving manually and others are in the semi-automated autopilot mode. In both instances, people are being measured on how focused they are.

Francesco Biondi, a kinesiology professor at the University of Windsor and one of the researchers on the study, told Windsor Morning Monday that some of the preliminary results have been unsurprising.

When using the automated system, he said, drivers tended to “tune out” on what he described as a boring stretch of the highway — from Windsor to Chatham.

“The system gives you the sense of false security,” he said. “You feel like the system is in full control of driving while it’s not.”

He said that stretch of highway was chosen because it was the “ideal” testing ground for semi-automated driving — it’s quite straight, there’s not too much traffic and it’s “uneventful.”

How data is gathered

Biondi said there were a number of sensors put into the Tesla that was used in the study to track physiological markers like heart rate, and others to track eye movement — telling researchers where drivers are looking and for how long.

And that data provided some insights into how people using the semi-autonomous driving mode fared when faced with unexpected route changes.

Biondi said at one point there was a stretch of the highway that had construction going on, and researchers saw changes in driver behaviour before going through the construction and after they had passed it.

It is very tempting to use this technology that way.– Francesco Biondi, University of Windsor

He also said the car’s reliability to read the lane markings when it was in semi-autonomous mode was hindered because of the construction.

“At that point we could see that the vehicle became a little bit more erratic. The system wasn’t driving as smoothly as it did before,” he said.

“And that sort of frightened some of our drivers.”

He said that reliability may have been overstated in advertising and it has led to over-confidence in semi-autonomous vehicles.

“As drivers, as motorists, we’re sort of stuck between a rock and a hard place in that, it is very tempting to use this technology that way,” he said.

“On the other hand, we should be in control because the vehicle, the system is driving OK, but you know, we are still supposed to sort of supervise the functioning of the system.

The study began in September and is expected to run for three years. Biondi said he hopes the results can help better inform stakeholders and government policy makers.

Autonomous cars in the future

Flavio Volpe, president of the Automotive Parts Manufacturers’ Association, said this type of research is essential to the future design of autonomous vehicles.

“Studying how passengers and drivers act and react when they are in a vehicle that has that type of technology in it is really important,” he said.

Volpe said the level of autonomy in vehicles is rated on a scale of one to five, where one is no autonomy and five is completely driverless.

He said many of the major automakers are “flirting” with Level 3 at this point, “which means a lot of systems that can be autonomous, but not all of them.”

“Level 4 means the car can be fully autonomous, but it still needs the steering wheel and the pedals for override,” he said.

Volpe said he doesn’t think Level 4 vehicles will be deployed for at least five to 10 years, and the things we find out about people’s behaviours while using the technology is invaluable.

“I think as a society if we start getting into a Level 4 technology and massive deployment, but we find out that we become lazier or more distracted as drivers, I think it will inform how much more technology will have to be in place before we allow for Level 5 on the roads,” he said.