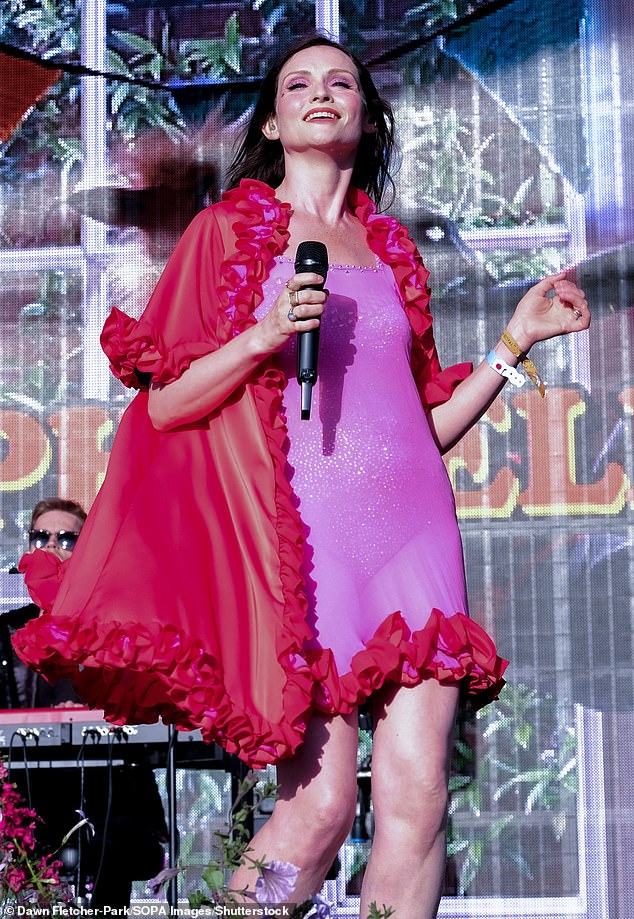 By Geraint Llewellyn For Mailonline

Her Instagram Live Kitchen Discos during the Covid-19 lockdown were a means of virtual escapism for hundreds of thousands of fans.

And now Sophie Ellis-Bextor has proved she can put on a sensational live show as she returned to stage on Saturday to headline the Camp Bestival in Ludlow.

The singer, 42, looked sensational as she put on a leggy display in a figure-hugging leotard with a sequinned print.

Gorgeous: Sophie Ellis-Bexter, 42, commanded attention in a skintight leotard and pink sheer negligee as she stormed the Camp Bestival stage in Ludlow on Saturday

The Murder On The Dancefloor star also wore a pink sheer negligee for the performance which she teamed with a red ruffled robe.

Adding height to her frame with a pair of sequinned heels, the hitmaker let her brunette tresses fall in a loose style.

The songstress opted for a show-stopping make-up look with lashings of mascara and bright bring eye shadow which popped against her porcelain skin. 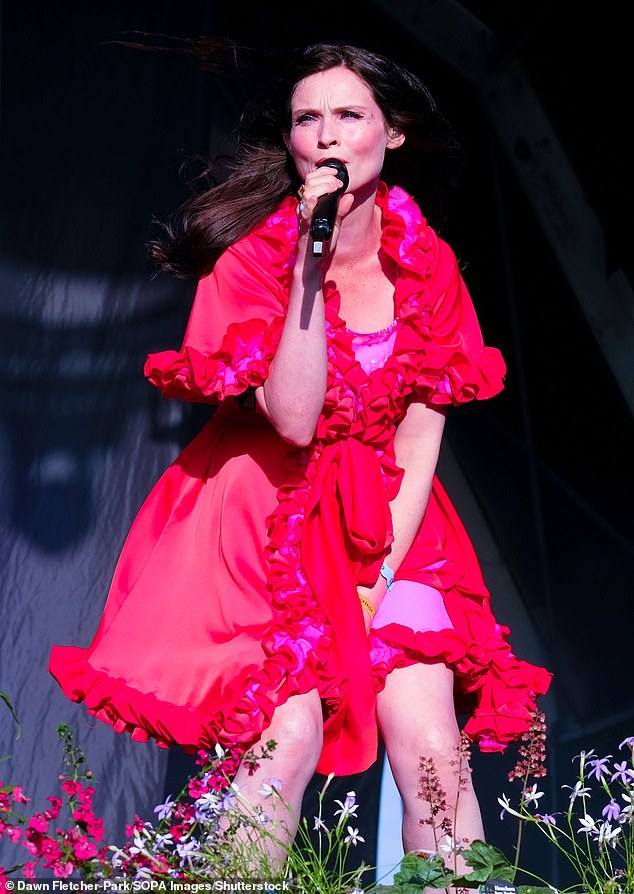 Disco diva: The singer looked sensational in a figure-hugging leotard with a sequinned print 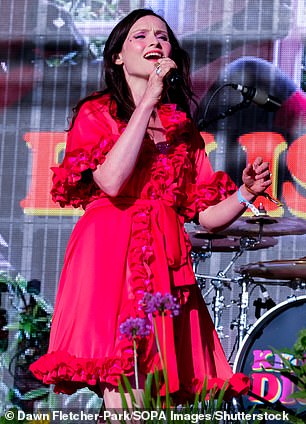 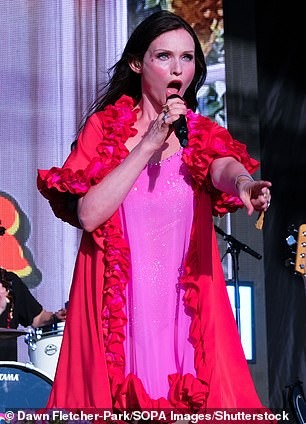 Glitter: Adding height to her frame with a pair of sequinned heels, the hitmaker let her brunette tresses fall in a loose style 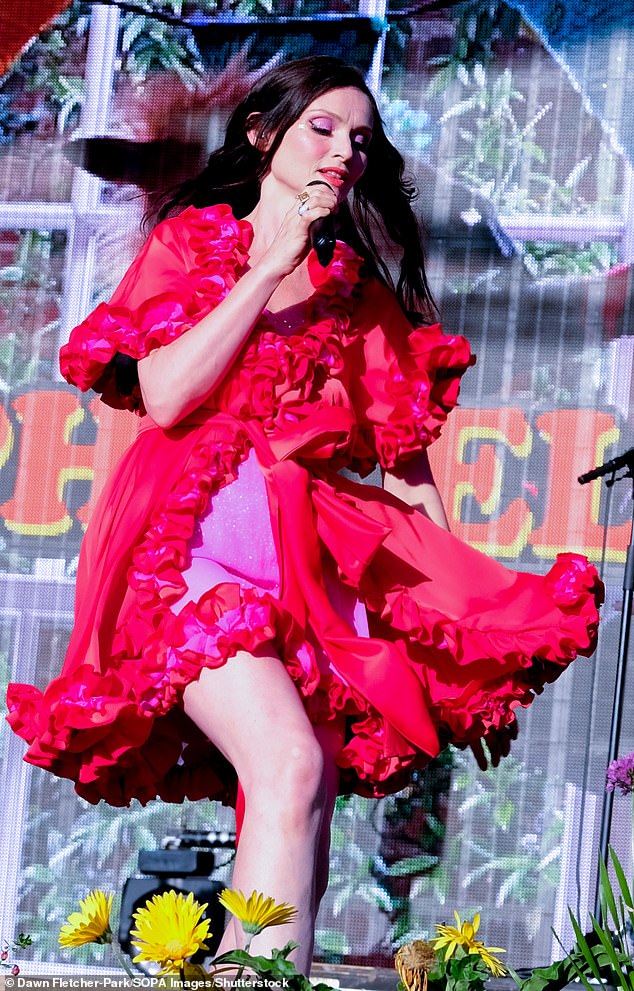 The singer made sure to bring together all of the camp and frivolity from her recent Kitchen Disco tour to the stage with large disco balls and an array of flowers decorating the stage.

Camp Bestival combines live music along with activities for families who set up camp in the picturesque Dorset location.

The Strictly Come Dancing star also recently launched her new podcast, Spinning Plates, with each one hour episode featuring an interview with another working mother about the difficulties and joys of a work/life balance. 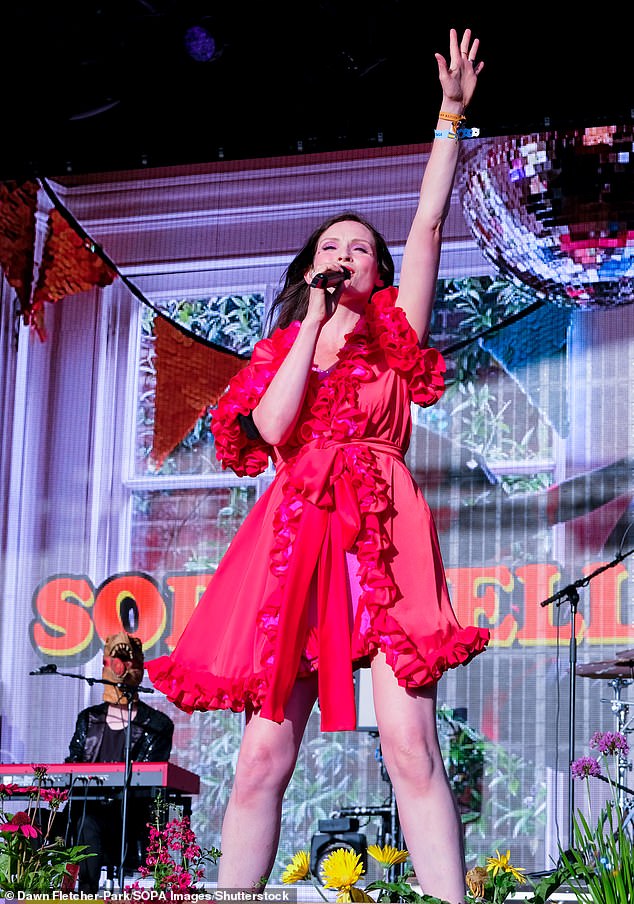 Wow: The pop star appeared in her element as she belted out a number of her classic hits 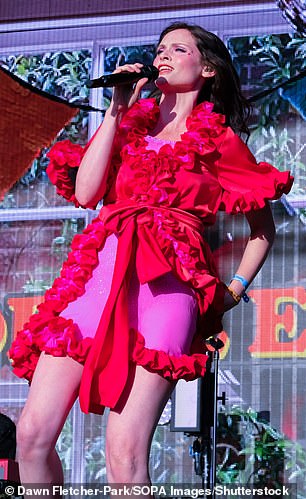 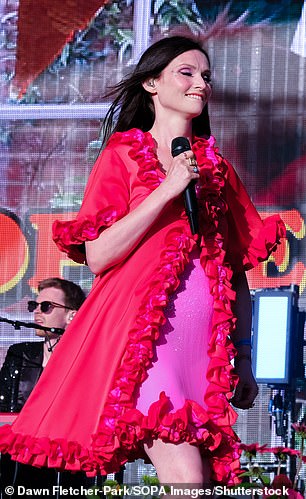 China doll: The songstress wore a showstopping make-up look with lashings of mascara and bright bring eye shadow which popped against her porcelain skin 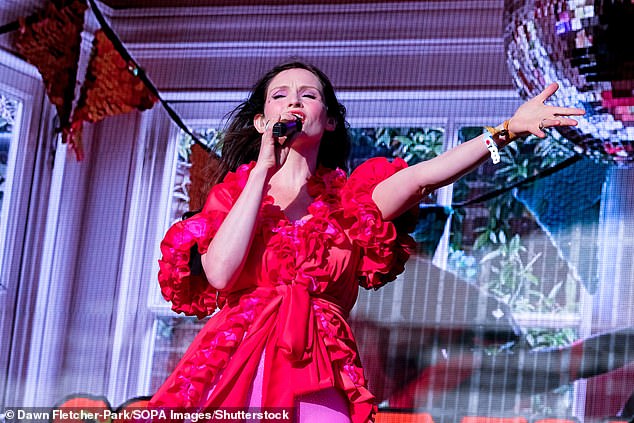 Fun times: The singer used  large disco balls and an array of flowers to decorate the stage

Soon after its release, it appeared as Apple’s number one Parenting podcast everywhere from the UK to Greece to Ecuador.

Sophie’s success comes as she completed a 24 hour danceathon for Children In Need in November.

She raised an incredible £1million for charity with her efforts which saw her moving non-stop for an entire day and night, with just a five-minute break every hour to eat and drink. 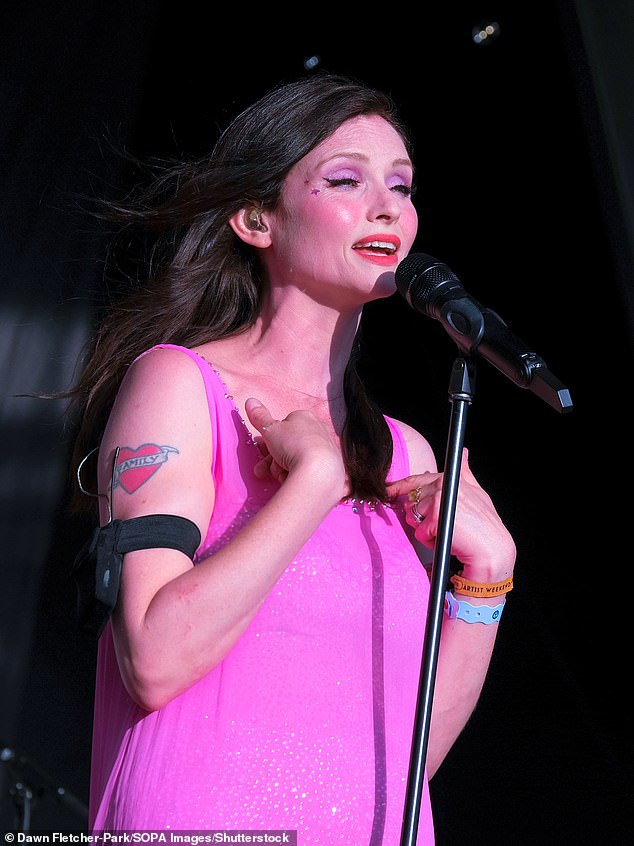 Later: The singer then removed her robe to reveal the semi sheer ensemble in more detail 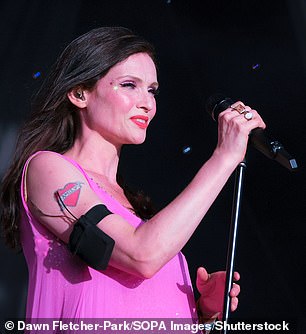 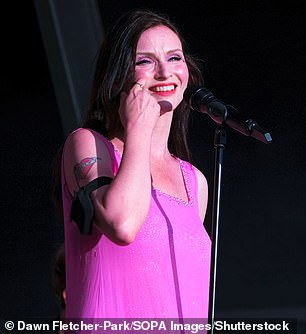 Family: Sophie revealed a large heart tattoo on her upper arm inscribed with the word family

‘I’m such a mess,’ she told viewers watching the end of the live-stream on BBC iPlayer. ‘I can’t stop weeping.’

During the challenge – which started at 9.30am in the morning – Sophie was joined by Tony Blackburn as they sang karaoke together as well as a host of other guests including Natalie Imbruglia, Tamsin Outhwaite and Michael Ball. 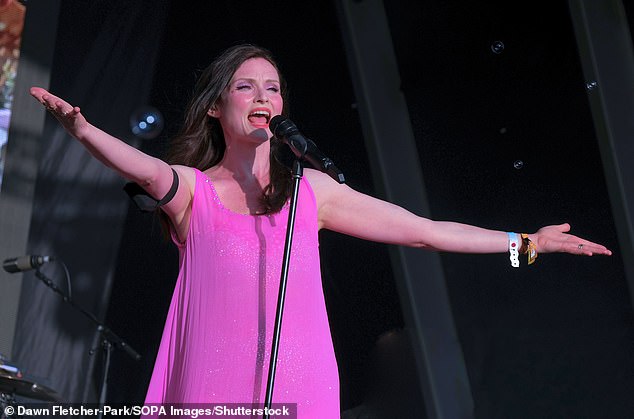 Loving it: Sophie appeared in her element as she took to the stage