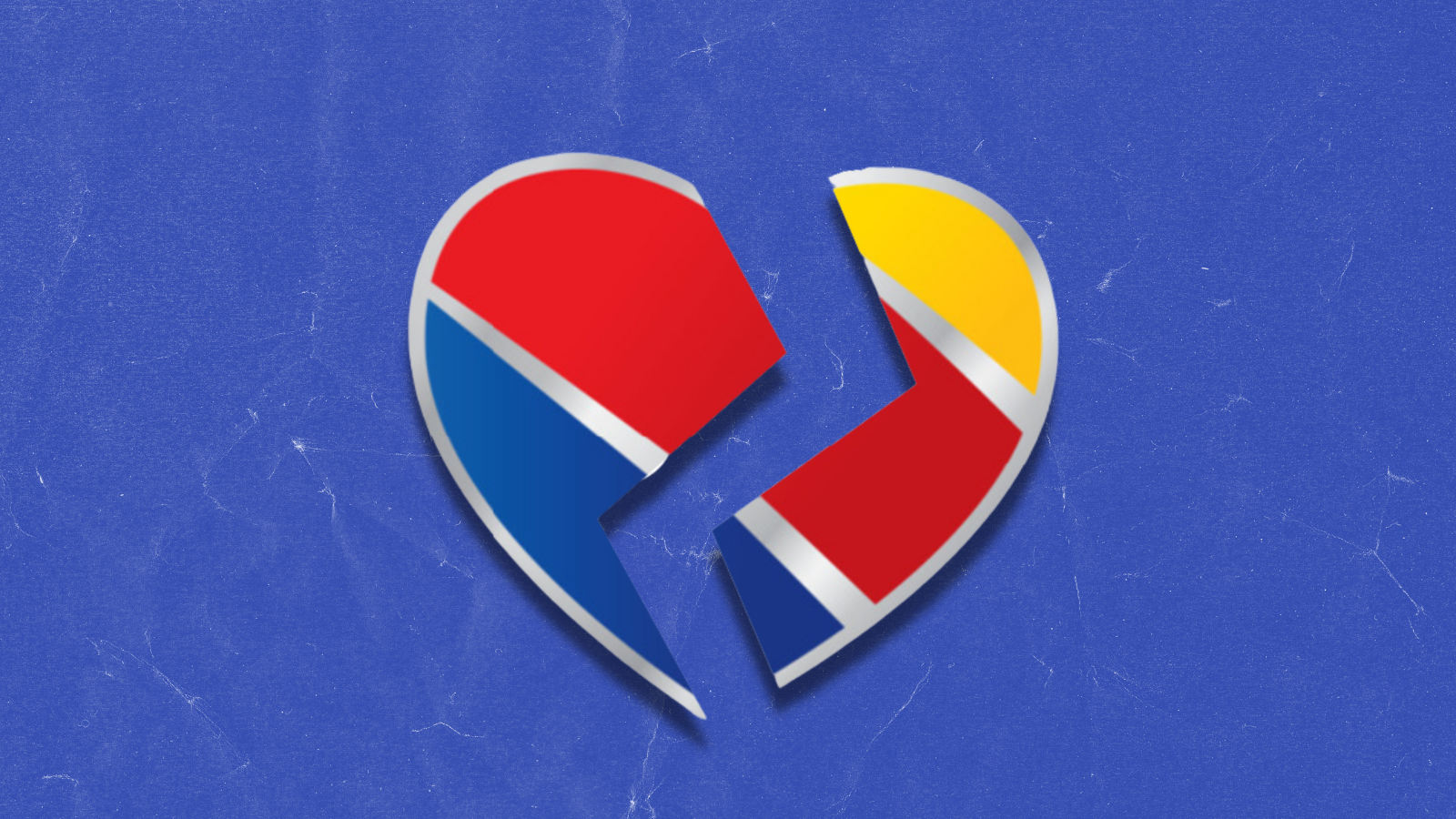 It was supposed to be my family’s first time in our home island of Puerto Rico for Christmas in over 30 years. The trip was urgent as my grandmother on my father’s side had recently been diagnosed with Alzheimer’s disease. It may have been one of the last holidays we could spend with her before we lose her to this disease. My mother’s side of the family had already prepared an extravagant homecoming for us with traditional Puerto Rican dishes: a party to reunite both families during a challenging time.

The plan to get there seemed almost too good to be true. My parents and I would fly to the Tampa International Airport on Christmas Eve where my sister would join us after flying in from San Antonio that same morning. From there, as a family, we would fly together to the San Juan Airport that evening. But that’s not how things turned out.

The nightmare commenced shortly after my parents and I parked at the Southwest Airlines terminal at Hobby Airport around 3:30 a.m. CT on Christmas Eve, a few hours before our flight was set to depart at 5:40 a.m. CT. As we took out our bags, my mother received a phone call from my sister asking if our flights to Puerto Rico had been rebooked to Tuesday like hers now appeared to be. I’ll never forget the look on my father’s face as tears instantly rolled down as his plans crumbled before him. We were devastated. If anything, I considered staying at home so that she wouldn’t spend Christmas alone.

Still hopeful, we asked my sister to remain waiting in line at the San Antonio International Airport’s help desk for answers, a line we later learned would take her more than two hours to get through. Heartbroken, we proceeded to enter the airport but were even more shocked with what we encountered inside: a sea of people waiting to get their bags checked in, no end or beginning of a line in sight. Luckily, we only had carry-on bags with us and wouldn’t need to brave the endless trail of would-be passengers. Jaws dropped, we meandered through the crowd of confused and frustrated faces toward airport security. Along the way, I saw pets shivering from the cold (temperatures were freezing that morning), people resting on their luggages, and overheard many questioning, “Where do we even go?”

Even after making it through security, we hadn’t received any notice that our flight to Tampa had been delayed or canceled. We made it on our flight, which took off on time, during which my sister texted us updates as we scrambled to find her a ticket from another airline only to discover that prices had already soared through the roof. The most expensive one we came across was over $2,000. We gave up and decided that we would just have to come to terms with her joining us on the island on Tuesday.

After landing in Tampa around 8:30 a.m. ET, we checked the display board for flight information and breathed a sigh of relief. Our flight to Puerto Rico scheduled for 10:05 a.m. ET was still on schedule. As my mother and I grabbed some food, my father approached the customer service counter at our gate to request more information about my sister’s rescheduled flight. That’s when we learned our flight to Puerto Rico had been canceled and automatically rebooked to Tuesday.

My stomach turned. Leaving Tuesday would only give us three days of what was supposed to be a week-long trip to my parent’s hometowns. We rushed to find alternative flights that would leave sooner. Nothing for Southwest was leaving sooner than Tuesday and other airline ticket prices were way out of our budget (one was over $6,000). On top of that, how could we trust that our flight would even still take off on Tuesday? While I’m no stranger to delays, I’d never experienced a total flight cancellation before, let alone an automatic rebooking. After some discussion, we made the difficult decision to call off the trip. I watched my parents break down in tears as they delivered the crushing news to their families over the phone.

But that was just the beginning of our nightmare. Now, we had to find a way back home to Houston. The earliest flight back was the next day: Christmas. Until then, with no help from Southwest, we were completely stranded. I looked around to see if we were the only ones dealt this fate. Around the terminal were families with babies and small children, elderly people walking around listlessly, all waiting in the hope for good news. I recognize how privileged and fortunate we were to find a hotel and rental car for the night. A tinge of guilt hit me as I realized that others could be stranded at the airport for days.

Unlike many others, we also had friends and family who lived nearby. A longtime friend of the family took us in, fed us a nice home cooked meal and tried to take our minds off the tragic outcome. We made it to our hotel, which was kind of a sketchy spot but the best we could find at the time and within what we could afford. My father checked online to see if he could get a refund for the now canceled trip to Puerto Rico, but all that was offered were flight credits.

The next day, we tried to make the most of our Christmas as we waited at the Tampa airport for our afternoon flight to Houston, anxiously anticipating that it too would be canceled. Our first Christmas without my sister and we were spending it at an airport, albeit a beautiful airport. We took photos in front of a stunning Christmas tree with other families who were also spending the holiday there. At least we weren’t alone.

As we arrived at our gate, everything appeared to be going according to plan. However, the closer we got to the flight’s departure time, a Southwest employee announced over the intercom that they were in need of a crew member that was missing of three required to fly. Nearly three hours passed before they finally located one. At that point, I didn’t care about delays. I just wanted to make it home for Christmas. And we finally did. Around 3 p.m. ET, our flight that was supposed to take off at 12:50 p.m. ET finally took to the skies toward Houston.

Starving upon our arrival around 5 p.m. CT on Dec. 25, we rushed to find any place to eat that was still open. It was Christmas after all. That’s when we had another first: Christmas dinner at Sonic. We watched on TV that night that thousands of flights from Southwest had been canceled and it wasn’t just ours. Thousands of bags of personal luggage had been lost, people were stranded at airports for days, and some passengers even had police called on them as they dealt with cancellations. While we spent around $1,300 solving the problem for Southwest, it could have been worse.

Following the failed trip, my father requested a refund after he learned on TV that Southwest was offering them to passengers affected by the cancellations. In the end, the meltdown that led to 16,700 canceled holiday flights could cost the carrier between $725 million and $825 million, according to a New York Times report published Friday. U.S. Transportation Secretary Pete Buttigieg has weighed in personally on the carrier’s meltdown, issuing a warning to Southwest Airlines’ CEO Bob Jordan. However, it wasn’t until nearly two weeks after our failed trip when, on Wednesday, we finally received an apology for the experience: an emailed statement from Jordan blaming the issues on severe weather and operational challenges. The email also included an offer of frequent flier bonus points.