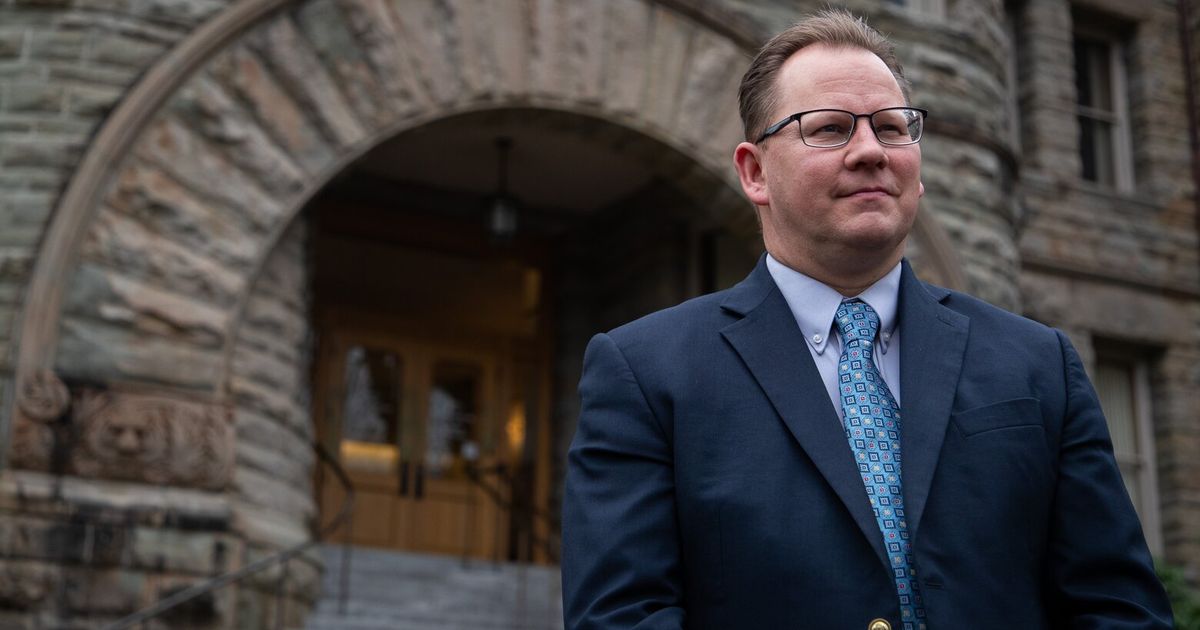 This year, Washington state lawmakers are making big promises to fund and improve the education services that help roughly 158,449 disabled kids around the state.

If the promise sounds familiar, that’s because it is. Lawmakers worked on this issue the last time they were all together in person, writing the state budget in 2019. After two years of dousing educational pandemic fires, lawmakers say they are returning to unfinished business — gaps in oversight regarding these critical services, and gaps in funding.

As the Legislature takes aim at other high-profile issues — like homelessness, the economy, and safety — policy changes for K-12 classrooms will likely remain limited, with a few key exceptions related to the budget.

“We’ve done so much policy work and so a lot of the focus is on making sure that we’re funding what we know we need,” said Senate Majority Leader Andy Billig, D-Spokane.

Lawmakers will decide how the state spends its remaining cut of Washington’s $2.6 billion in pandemic-era education relief funds. And they’ll also discuss whether to buffer financial losses caused by falling enrollment, which the state’s top education official, Chris Reykdal, doesn’t expect will bounce back anytime soon.

Another concern: the impact of inflation, and how it could affect the way K-12 education is funded, said Rep. Skyler Rude, R-Walla Walla, the top Republican on the House Education Committee.

With more than 65 education bills currently under consideration, here’s what lawmakers are prioritizing.

This is a budget-writing year, and funding for special education is among the main school issues that policymakers say they want to address, along with mental health support for students.

Lawmakers say they also want to ensure that the biennial budget, which covers 2023 through 2025, upholds politicians’ promises to help schools pay for nurses, counselors and psychologists.

There’s a funding gap between what districts spend and what the state provides for special education, and special education advocates, Democrats, Gov. Jay Inslee and Reykdal, the state superintendent, all seem to agree that the funding model needs work.

Lawmakers have raised this cap in prior sessions. But the state education department, the teacher’s union and advocates have argued this cap is arbitrary.

“Federal law, and state law, say that school districts must provide education to these students, and yet we’re making a choice to put a cap on how many disabled children are an acceptable number,” said Samantha Fogg, a parent and co-president of the Seattle Council PTSA organization.

Wellman, who proposed a bill that ups the cap to 14.5%, said some students, especially Black students, are disproportionately placed into special education, and removing that cap could potentially encourage this practice further.

But Fogg says a cap on funding won’t solve the racial bias in special education or in education at large.

“It’s a systemic problem in our education system — I wouldn’t isolate [it to] special education,” she said. In a meeting she hosted last week, several legislators said they supported removing the cap, including Rep. Gerry Pollet, D-Seattle, and Rep. Sharon Tomiko Santos, D-Seattle, chair of the House Education Committee.

The state education department and legislators also want to strengthen oversight of nonpublic agencies that serve a small number of students with high needs. An investigation by The Seattle Times and ProPublica late last year revealed the state failed to intervene despite a pattern of complaints about misconduct and abuse at some of these private programs.

A handful of bills aim to increase state assistance for school building construction. But none go as far as the demands of a lawsuit filed against the state last school year.

Wahkiakum School District, a rural school system in Southwest Washington with about 500 students, claims the state failed to follow its own constitution by forcing school districts to rely primarily on local dollars to fund school improvements. The district, like many others around the state, has had trouble passing bonds. Its tax base is tiny and residents of the area are largely low-income.

Bonds in Washington state require 60% approval, and passage of a bond is often needed before a school can get additional help from the state to improve or rebuild school buildings.

Changing the laws around bond passage would require a constitutional amendment, a high bar, said Jake Vela, the policy director at the Washington state chapter of the League of Education Voters. But there seems to be more awareness of the issue, he said.

Wellman agrees that it’s time for the Legislature to address these problems, but said more homework was needed. Reykdal has proposed that state timber sales and leasing on public trust lands be redirected to construction in rural districts.

“The state is not meeting its expectation on this,” Reykdal said.

Some Republicans in the Legislature want to provide schools with funds to enhance security. Rude is co-sponsoring a bill that would create a grant fund for schools to receive up to $1 million to help pay for metal detectors, key card or remote door access, fencing, or other changes to school facilities.

Other issues on the table

Policymakers will also discuss training and pay for teachers and paraeducators. Santos said lawmakers need to better align teacher training with changes made to the way the state evaluates students’ learning and their readiness for life after high school.

The governor’s proposed budget includes $16 million for teacher residency programs, in which future teachers spend a paid school year working alongside and learning from experienced educators in their classrooms. Inslee’s budget earmarks those dollars specifically for future dual-language and special education teachers, as well as those who plan to work in high poverty districts.

“We need to change the way teachers approach their craft,” said Santos, who described the teacher residency program as offering “great promise.” Rude, too, said he was pleased to see a teacher residency in the governor’s budget.

Another bill, HB 1273, would rework aspects of students’ “High School and Beyond” plans — Washington students need to write one in order to receive their diploma. Santos said the goal is to make the plans a “more meaningful, authentic and universal tool.”

Rude also said members of his caucus have filed bills to hire more school resource officers and fund dual-credit programs — including HB 1003, which would provide certain students with more financial support to cover fees and other costs associated with dual-credit programs like Running Start.

Bills have also been filed in both the House and the Senate to ensure that schools provide free meals to all students, something of interest for lawmakers on both sides of the aisle and one of several legislative proposals Reykdal made public last fall.

At a legislative preview, House Republican leader J.T. Wilcox, R-Yelm, pointed out recent declines in public school enrollment, noting that pandemic-related relief funding has masked the full extent of the financial repercussions it will have on schools.

“We have got to address both the quality problem and the fact that for whatever reason more and more people are deciding to leave the public education system,” he said.

During an update on Washington schools earlier this week, Reykdal said enrollment has started to pick up, but it’s still short 46,000 kids compared with pre-pandemic years.

We made it through the holidays. What do WA flu and COVID trends look like now?

How we can rescue California’s lost generation of students