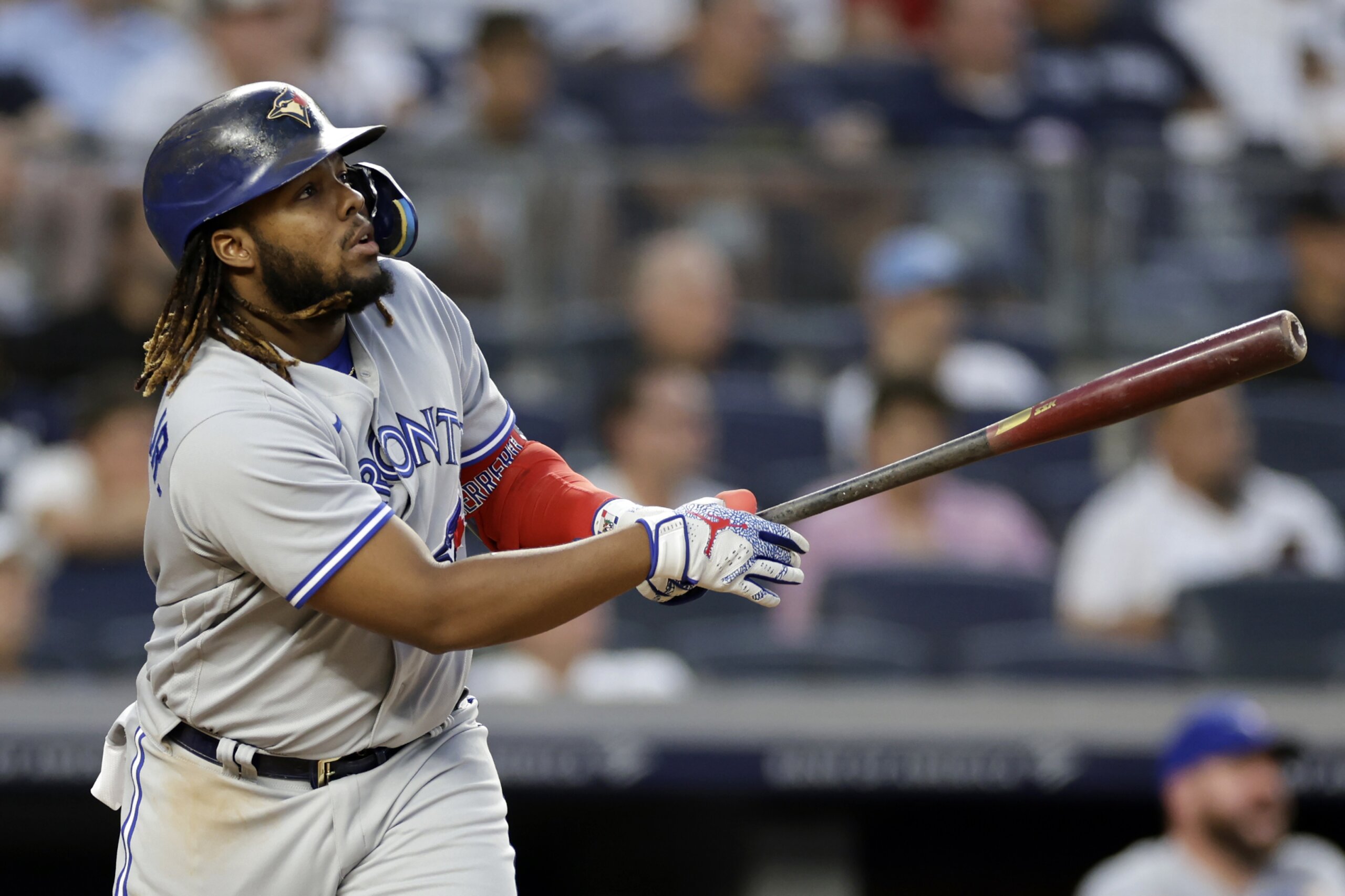 Jose Berríos (9-5) bounced back from a pair of rough outings to pitch 6 2/3 effective innings. The right-hander allowed two runs on six hits, struck out nine and walked one.

Playing designated hitter for the sixth straight game, leadoff batter Springer had a double and four singles, including an RBI hit ahead of Guerrero’s homer. It was the fourth five-hit game of his career and his since May 12, 2019, with Houston.

“Good night for me I guess, but better night for us,” Springer said.

He became the second Blue Jay with a five-hit game against the Yankees, joining Roy Howell, who went 5 for 6 on Sept. 10, 1977, in New York toward the end of Toronto’s inaugural season.

Springer also became the first leadoff hitter to get five hits against the Yankees since Stan Javier went 5-for-6 for Seattle on Aug. 6, 2000, in New York.

The New Britain, Connecticut native produced one of his best games without any family in the stands.

“It’s hard for them to get down here during the weekdays,” Springer said. “It’s all good. They were watching from home.”

Coming off Josh Donaldson’s walk-off grand slam that gave the Yankees an 8-7 win over Tampa Bay on Wednesday night, New York lost for the 13th time in 17 games.

Alejandro Kirk had an RBI double and a sacrifice fly for the Blue Jays, who are nine games behind the AL East-leading Yankees. Toronto is also in position for a wild card.

“Obviously they’re in the lead by nine games or whatever it is, but every game from here on out is huge,” Springer said. “It doesn’t matter who we’re playing. It’s pretty much a playoff-style mentality, all hands on deck.

Teoscar Hernández added a two-run double in the seventh off Albert Abreu.

New York scored its runs without hitting the ball past the infield.

Montas (4-10) allowed six runs and eight hits in six innings as his wife and other family members attended his home debut. He tied a season high by allowing six runs for the second time in three starts since being acquired from Oakland.

“I think he just missed in the center of the plate with some heaters that got him in trouble,” manager Aaron Boone said.

After Toronto took a 2-0 lead on Springer’s two-strike single, Guerrero followed by lifting a 1-0 fastball into the first row of the right-field seats for a 5-0 edge.

Kirk’s double gave Toronto a 6-2 lead in the fifth and he hit a flyball to the warning track after a throwing error by Donaldson loaded the bases in the seventh.

Anthony Bass followed Berrios and fanned Judge with two on. Yusei Kikuchi stranded two in the eighth in his first career relief appearance and Jordan Romano finished up.

Newly inducted Hall of Famer Jim Kaat did color commentary on the MLB Network telecast with Bob Costas after announcing it was his last telecast earlier Thursday.

After the Blue Jays batted in the fifth, the video board showed Kaat waving to the crowd to a nice applause as Tina Turner’s “Simply The Best” played.

Kaat, 83, has worked for MLB Network since the network’s inception in 2009. He also broadcasted Yankee and Twins games for 22 seasons before retiring following the 2006 season.

Blue Jays: Springer, who missed eight games with right elbow inflammation and last appeared in the outfield July 28, threw from 120 feet. … LHP Tim Mayza (dislocated right shoulder) threw off a mound in Toronto and could be a week or two away from starting a rehab assignment.

Yankees: OF/DH. Giancarlo Stanton (Achilles tendon) worked out before the game and could begin a rehab assignment Friday. … LHP Zack Britton (left elbow) threw a bullpen earlier this week and will throw another one Saturday at the team’s spring training complex in Florida. … RHP Miguel Castro (strained right shoulder) threw on the field and is about a week away from throwing off a mound.

Box’s back-to-school sale: How to shop the best tech deals