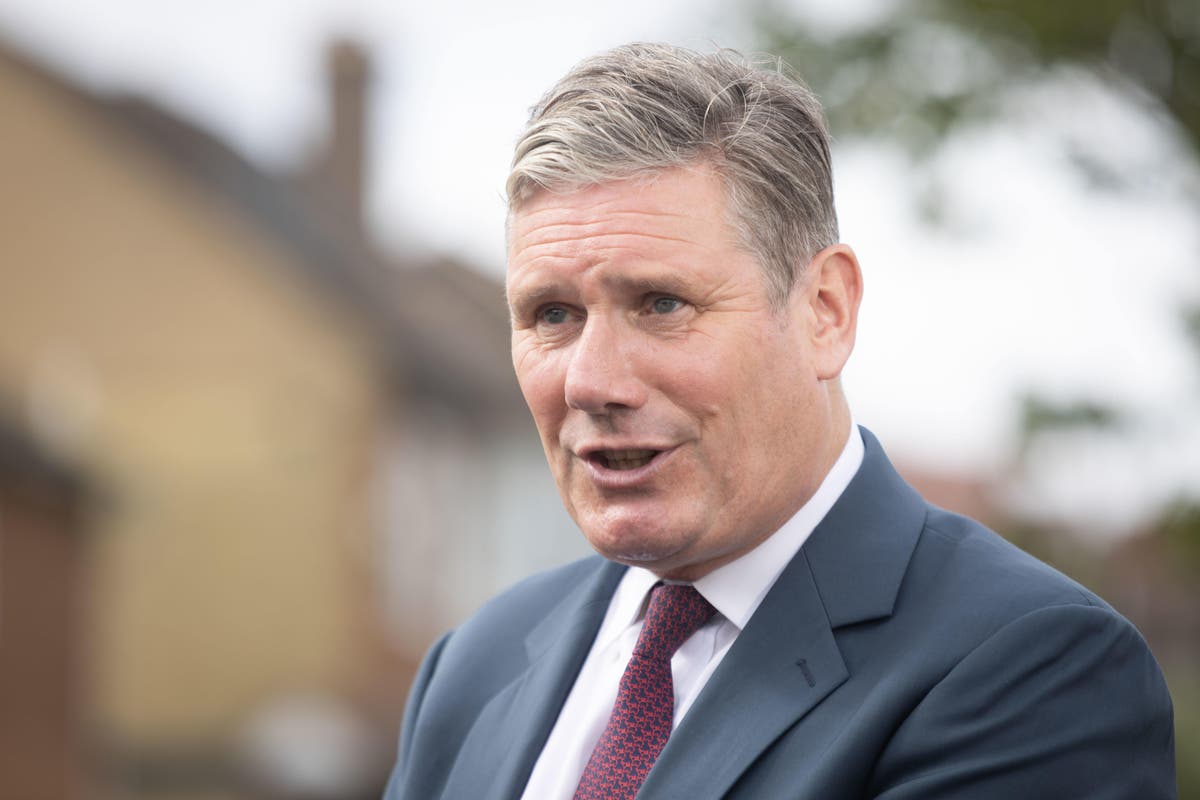 orking people will pay for Liz Truss’s “dogma” as she refuses to expand a windfall tax on energy producers to fund her new cost-of-living support package, Labour has said.

Opposition leader Sir Keir Starmer also suggested that the Prime Minister was not on the side of voters, as she expected them to foot the bill for the measures, rather than oil and gas companies.

These vast profits are not the reward of careful planning. They are the unexpected windfall from Putin’s barbarity in Ukraine. There is no reason why taxing them would affect investment in the future

After the Prime Minister claimed she would not “give in” to calls from Labour to expand the windfall tax, Sir Keir said: “She claims that a windfall tax will deter investment. That’s ridiculous.

“These vast profits are not the reward of careful planning. They are the unexpected windfall from Putin’s barbarity in Ukraine. There is no reason why taxing them would affect investment in the future.”

The Labour leader quoted the boss of BP as saying a windfall tax would not impact on investments it would make, adding: “The Prime Minister’s only argument against the windfall tax falls apart at first inspection.

“Laying bare that she is simply driven by dogma, and it’s working people that will pay for that dogma.”

Sir Keir later told the Commons: “Ask voters whether they think that it is fair that they pick up the bill, or those companies that make profits they didn’t expect to make, and there is only one answer to that question.

“It is a very simply question of whose side are you on?”

Conservative former prime minister Mrs May later questioned Labour’s commitment to long-term energy solutions, asking: “If Labour is so worried about lack of preparation, why did they not build any new nuclear plants?”

Sir Keir insisted “nuclear is vital to our future and a new generation of power plants should have been built by now”, adding: “I remember the exchange across this despatch box in 2006, in which prime minister (Sir Tony) Blair said ‘I’m pro nuclear’, and the leader of the opposition, David Cameron, didn’t know where to look.

“If you haven’t seen that clip, have a look.”

Maidenhead MP Mrs May gave her backing to the Government’s energy support package, telling the Commons: “People need help with their bills today. That is what the Government is providing.”

But she called on ministers to go further, adding: “Britain led the world through the industrial revolution, if we grasp the opportunity now, we can lead the world in a cleaner, greener form of growth.”

She called on ministers to “consider rolling out a significant home insulation programme”.

Mrs May added: “We are still building homes with gas boilers. Doesn’t it make sense to actually change the regulations because those homes will have to be retrofitted in just a very few years time?

“Surely it is more cost-effective to take action on that.”

Ms Truss had earlier announced that the average household energy bill will be frozen at no more than £2,500 and businesses will be spared crippling increases.

The Prime Minister’s two-year plan paid for by tens of billions of pounds of borrowing will save the typical household around £1,000 from October and protect bill payers from further expected rises over the coming months.

For businesses and other non-domestic users such as schools and hospitals, which have not been covered by the existing price cap, a six-month scheme will offer equivalent support.

Ms Truss told the Commons: “I can tell the House today that we will not be giving in to the Leader of the Opposition who calls for this to be funded through a windfall tax.

“That would undermine the national interest by discouraging the very investment we need to secure homegrown energy supplies.”