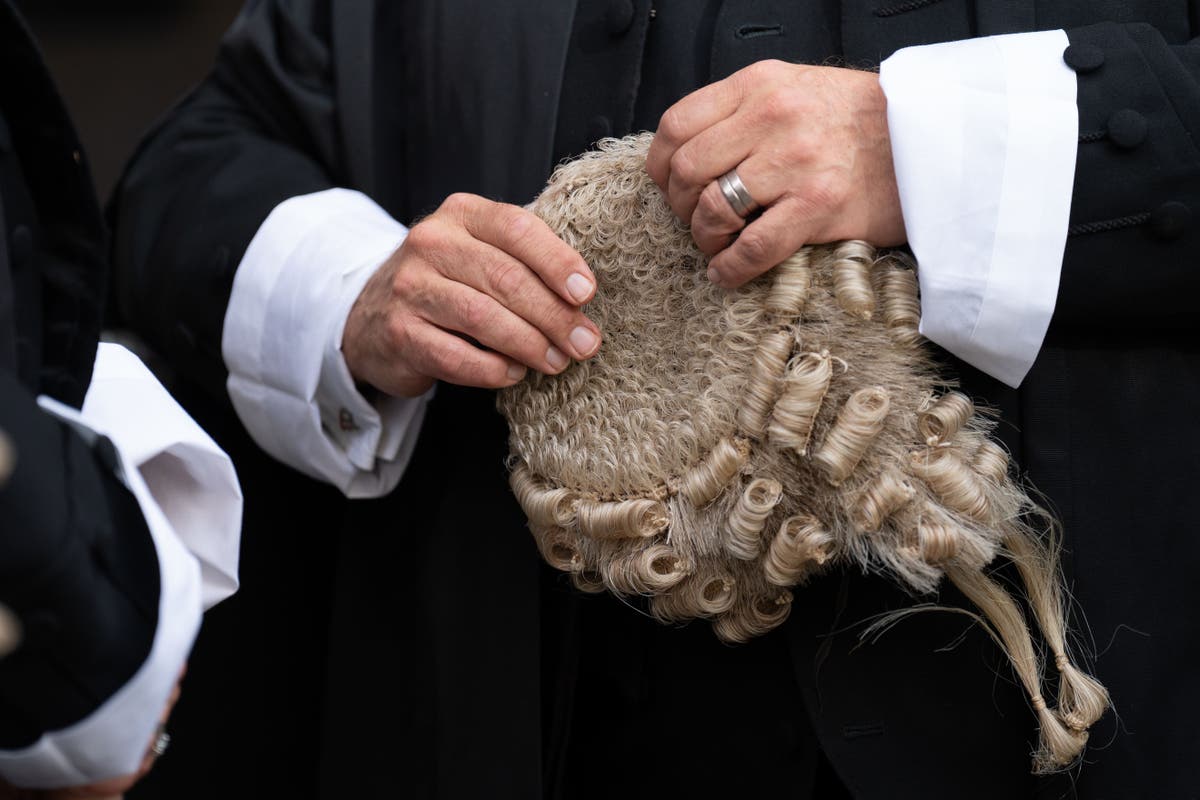 triking barristers will take part in another round of demonstrations while talks with the Government about their row over pay continue.

The Criminal Bar Association (CBA) said discussions with the Ministry of Justice are “progressing at pace and remain constructive” after they met new Justice Secretary Brandon Lewis last week.

But demonstrations would resume on Wednesday morning so members could air their concerns about the “obvious and critical” crisis in the criminal justice system, the body added.

Gatherings planned for last Thursday were temporarily postponed after the first meeting with Mr Lewis took place but are now set to go ahead.

The urgency and required commitment to criminal justice is being underlined by barristers’ gatherings this week. Their voices will be heard tomorrow

The barristers are expected to carry out demonstrations outside the Royal Courts of Justice in London, as well as Liverpool and Exeter crown courts as the industrial action continues for its 25th week.

CBA chairman Kirsty Brimelow KC said: “The urgency and the crisis in the criminal justice system is obvious and critical. It is irrefutable.

“Government policies on toughness on crime and supporting victims are meaningless without the required proper investment in criminal barristers who deliver the justice.

“On 21st September 2022, we commenced talks with the Ministry of Justice on the causes of the ongoing action taken by criminal law barristers, and the requirements necessary to secure the present and future of a vibrant, diverse criminal bar without which there can be no functioning criminal justice system.

“Our talks with the Ministry of Justice commenced the day after the first meeting with the Secretary of State for Justice, Brandon Lewis MP and are ongoing. The talks are progressing at pace this week and remain constructive.

“The urgency and required commitment to criminal justice is being underlined by barristers’ gatherings this week. Their voices will be heard tomorrow.”

After meeting the CBA Mr Lewis urged striking barristers to return to work.

His predecessor Dominic Raab previously refused to meet the CBA amid the action.

Barristers in England and Wales have been taking part in a continuous walkout after the dispute over conditions and Government-set fees for legal aid advocacy work intensified.

Prior to that, barristers had been striking on alternate weeks and have refused to carry out certain types of work.

Criminal barristers are due to receive a 15% fee rise from the end of September, meaning they will earn £7,000 more per year.

But there has been anger the proposed pay rise will not be made effective immediately and will apply only to new cases, not those already sitting in the backlog waiting to be dealt with by courts.

YouTube only succeeds when our creators do, and that is now true for Shorts creators: Ajay Vidyasagar, Regional Director, APAC, YouTube Partnerships