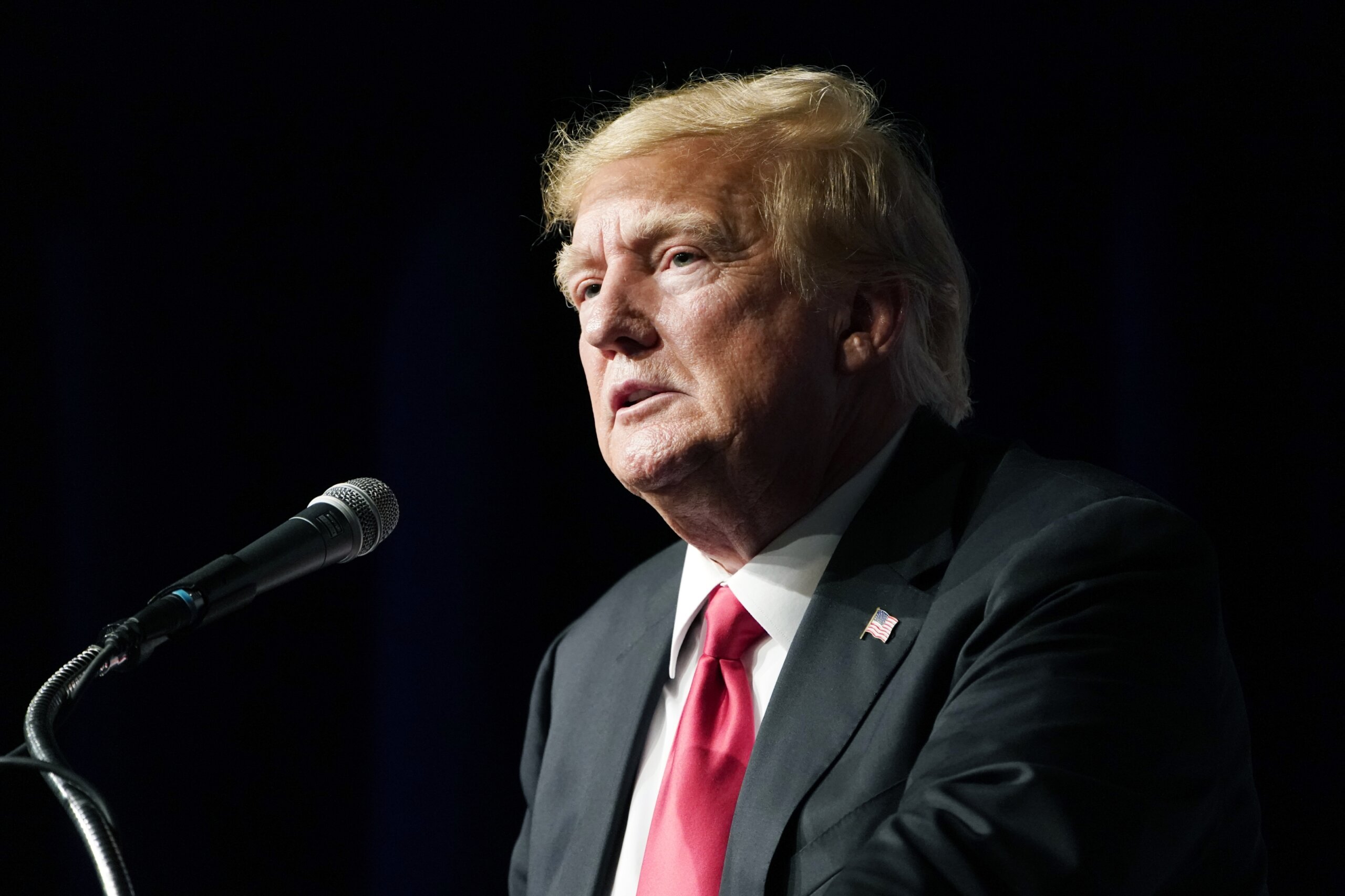 A pro-Democratic super PAC is accusing the Federal Election Commission of allowing former President Donald Trump “to continue violating the law” by dragging its feet over a complaint concerning Trump’s teasing of a future White House bid.

In a federal lawsuit filed Wednesday and provided in advance to The Associated Press, American Bridge asks a federal judge to compel the commission to take action on its complaint that argues Trump should have been obligated to file a candidacy intent statement within 15 days of receiving contributions or making any expenditure over $5,000.

In March, the group accused Trump of violating federal campaign laws by raising and spending money for a run without officially filing his candidacy — on activities including “payments for events at Trump properties, rallies featuring Mr. Trump … and digital advertising about Mr. Trump’s events and his presumptive 2024 opponent.”

American Bridge is a super political action committee, which means it can raise and spend money but cannot contribute directly to or coordinate with any particular candidate. This group wrote in the lawsuit, filed in Washington, that the commission’s delay is forcing it “to spend more money to level the playing field for a Democratic candidate who has fallen behind against a law-breaking Republican candidate.”

A commission spokesperson on Wednesday declined to comment on the complaint, citing federal law that “requires confidentiality” on enforcement matters until they are resolved.

The FEC has often been criticized as ineffective and slow in handling disputes. The six commissioners — three Democrats and three Republicans — frequently stalemate along party lines, resulting in dismissals of cases.

American Bridge, in alleging that Trump has already decided to mount a 2024 campaign, has argued the former president “has played footsie” with federal campaign laws, even citing them as reasons for his opaque statements about his intentions. In a recent interview, Trump told New York Magazine that he had already made up his mind about a run, and that the question he was now mulling was whether he’d pull the trigger before or after the November midterm elections.

“Do I go before or after? That will be my big decision,” he said.

Trump aides and allies widely expect him to mount a third presidential run and have been discussing preparations, but they remain divided about when he should make an announcement.

Representatives for Trump didn’t immediately respond to an email message seeking comment Wednesday. Taylor Budowich, a Trump spokesperson, has previously said that American Bridge’s complaint was without merit and accused Democrats of resorting to “cheap gimmicks.”

Because the commission didn’t act on its complaint within 120 days, American Bridge argues that federal election law now permits the group to bring its own civil action against Trump. In addition to giving Trump “a competitive advantage” over potential opponents due to not having to disclose his expenditures, the group argues the commission’s inaction “will only encourage other candidates to evade the requirements of the campaign finance system.”

The process over alleged violations of the “testing the waters” law can take years to unfold. A judge could rule in American Bridge’s favor and order the FEC to take up the complaint. If the commission still didn’t act, American Bridge could sue again, asking a judge to decide the merits of its initial complaint. Similar cases from election cycles past are still winding their way through the courts.

Trump has been teasing the prospect of another run since even before he left office. He has alluded to his plans in nearly every appearance and interview of his post-presidency, telling conservative hosts and Trump-friendly audiences that he is waiting because officially announcing his run would trigger campaign finance laws.

“We may have to run again,” Trump said in South Carolina in March, as he campaigned for two Republican U.S. House candidates. “In 2024, we are going to take back that beautiful, beautiful White House. I wonder who will do that. I wonder. I wonder.”

Meg Kinnard can be reached at http://twitter.com/MegKinnardAP.