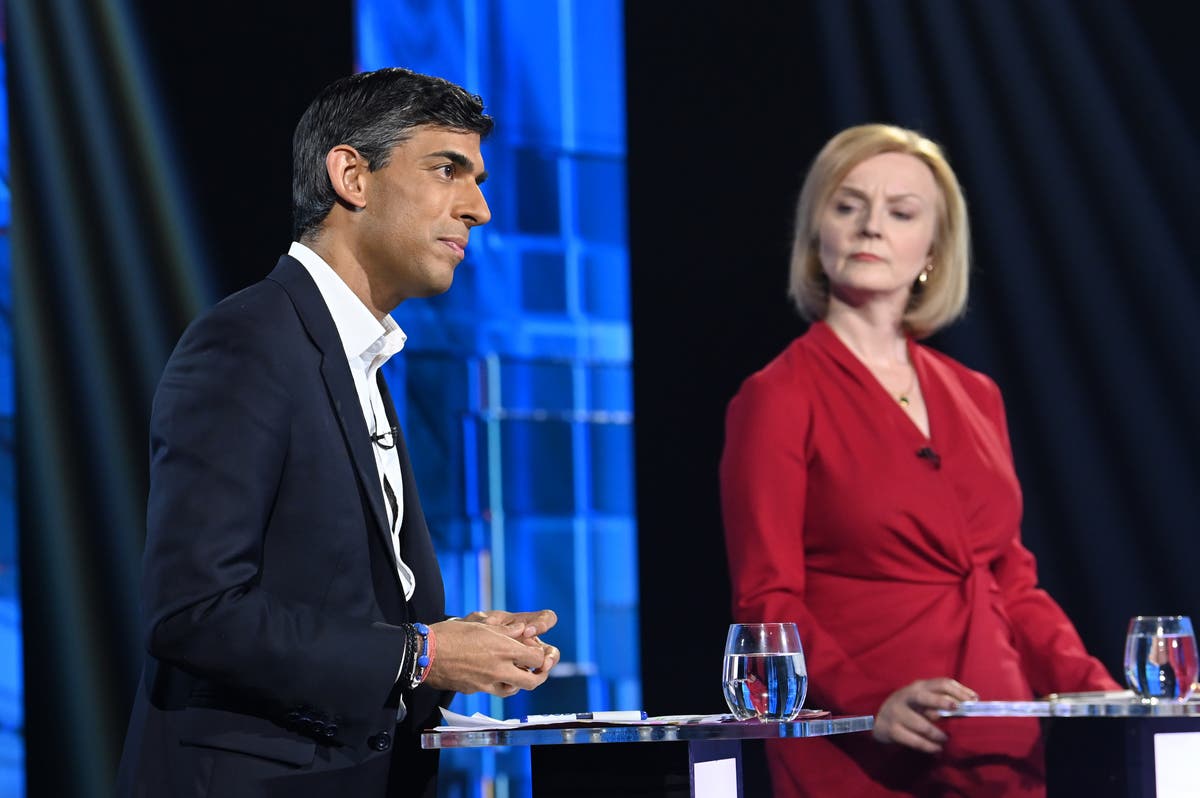 ishi Sunak and Liz Truss will go head-to-head to become the next Prime Minister after Penny Mordaunt was narrowly eliminated from the race on Wednesday.

The former Chancellor received 137 votes from Tory MPs to be their next leader, while the Foreign Secretary was endorsed by 113 colleagues.

Attention now turns to the BBC after they announced yesterday that they will host a final TV debate between the final two candidates in the Tory leadership race on Monday.

Sky also have announced that both Ms Truss and Mr Sunak have agreed to partake in a televised debate.

The first Tory leadership debate took take place on Friday, July 15 on Channel 4, followed by a second debate on Sunday, July 7 on ITV.

When are the Tory leadership debates on TV?

Two debates happened during the contest, hosted by Channel and ITV, with a final one to be aired on the BBC on July 25.

“This debate will be essential viewing for those wanting to know more about our next prime minister and what she or he stand for.”

“ITV has been the home of some of the biggest political debates over the past decade. Sunday’s debate will be an important event as the country’s next prime minister is chosen.”

How to watch the Tory leadership debates and what TV channel are they on?

The first debate on Friday, July 15 was broadcasted on Channel 4 at 7.30pm.

The second debate took place on Sunday, July 17 and was broadcasted on ITV at 7pm, with the same candidates.

The BBC’s debate, Our Next Prime Minister, would take place in front of an audience of between 80 to 100 people in Stoke-on-Trent and would air at 9pm on BBC One.

It will be presented by Sophie Raworth.

The Sky debate will take place on Thursday, August 4.