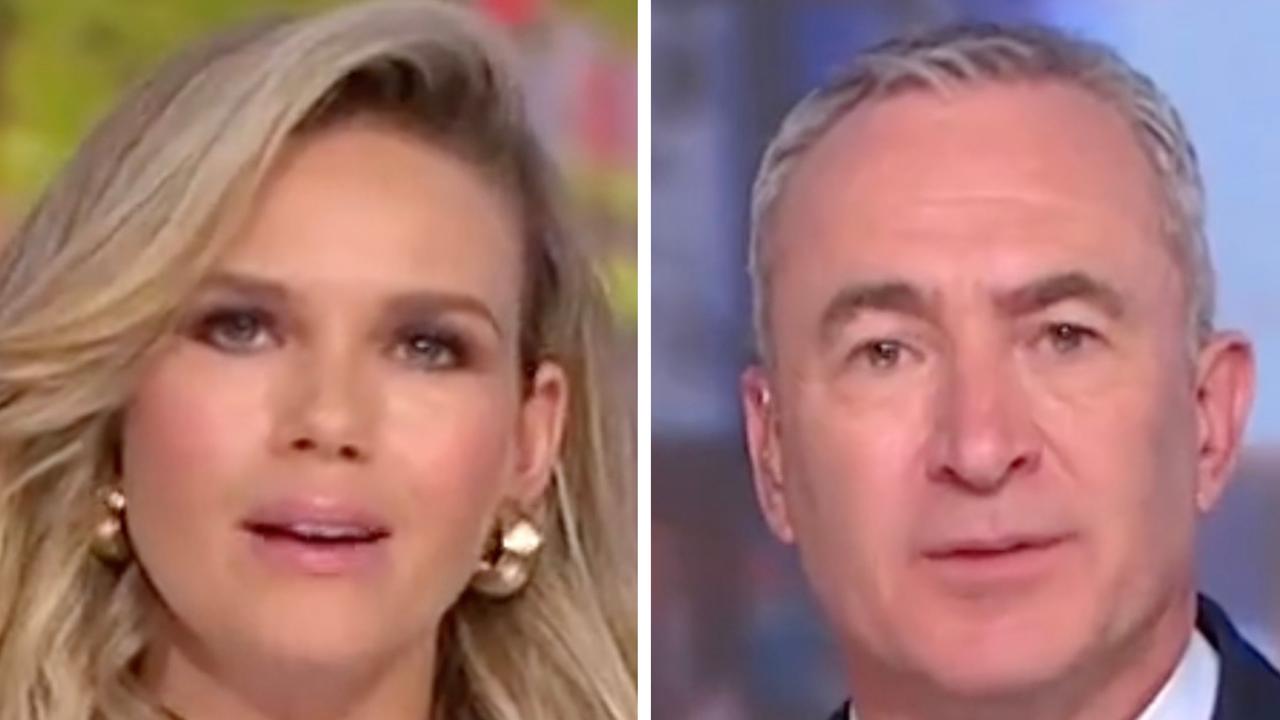 Sunrise fill-in host Mark Beretta has slammed a segment that aired on the breakfast show – before getting into an on-air clash with one of his co-stars for finding it funny.

The 56-year-old veteran sports reporter, who is currently filling the hot seat for David Koch alongside Edwina Bartholomew, took issue with the show’s reporting of a viral TikTok trend which is exploding across the video app this week.

The social media trend sees users prank their parents by ‘announcing’ their favourite celebrity has died – with Jennifer Aniston and Tom Cruise among the A-listers named – before filming their chaotic and dramatic reactions.

Reporter Mylee Hogan, who is occupying the news role usually held by Bartholomew, said she found the segment “really funny” after it aired on Wednesday, but Beretta was having none of it.

“That could be the stupidest thing I’ve ever seen,” Beretta said. “I don’t like it at all. We shouldn’t be running that. Get it off. Get it off now.”

Bartholomew, 39, added: “I think it shows the generation divide because Beretts doesn’t find it funny at all. It’s pretty mean.”

The awkwardness didn’t end there.

Beretta swiftly moved on to talk about the Boxing Day test match, announcing Australian cricket legend Glenn McGrath would be joining the show for an interview.

Hogan – who is the granddaughter of Crocodile Dundee actor Paul Hogan – then blurted out in an exaggerated newsreader voice: “Glenn McGrath died”, before her co-hosts shut down the up-and-coming reporter.

Hogan, 31, laughed off the exchange before saying, “Sorry.”

For reference, here are some of the viral TikTok videos sweeping the internet. Warning: Swear words aplenty:

Hogan is Sunrise’s Sydney-based reporter, but has been appearing on the desk more frequently while the main cast enjoy the Christmas holidays. She is the daughter of Hogan’s third son, Todd Hogan.

Over on Sunrise, which has dominated the brekky TV ratings for years, Koch is expected to scale back his hosting duties to spend more time on other interests until his contract expires in 2024.

Having hosted the show for 20 years, Koch, 66, told The Australian in October he needed “more flexibility” in his life.

“After 20 years, I’ve felt I needed more flexibility in my life with my wife Libby and my business interests,” Koch told the publication.

“So when I mentioned leaving to Seven … [CEO] James [Warburton] very kindly asked me whether we could work together on a plan that I wanted, which also kept my connection to the network and my focus on Sunrise.”

Zim teen hopes to make it big in Greece

How Virat Kohli is helping my choice of haircut

Ignore ‘Pandemic Fatigue’ and Get Vaccinated

WHO says Covid remains a global emergency but pandemic could…