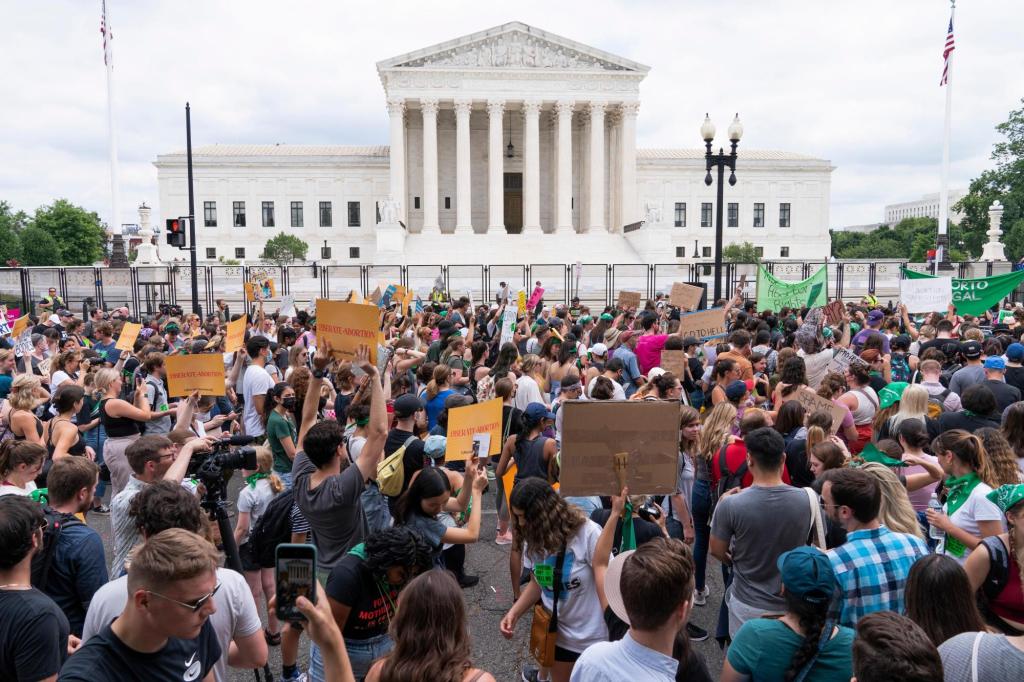 It will be much more difficult for the U.S. to meet stated climate goals following a recent Supreme Court decision, a failure that could have catastrophic consequences for both our health and environment, according to experts.

“For the last 75 years, government agencies have written regulations to fill gaps that Congress left in the law — often intentionally. The question for (the Environmental Protection Agency) and the rest of the federal government after the Supreme Court’s decision is whether they still have authority to fill those gaps,” Kevin Minoli, the former principal deputy general counsel for the EPA, said following the court’s decision.

The High Court’s dramatic June opinion session, which saw justices loosen restrictions on guns, school prayer and religious education funding while overturning the constitutional protections for abortions established under Roe v. Wade, ended with a case out of West Virginia against the EPA.

The EPA was attempting to enforce emission standards established under the Obama administration after rules made by Trump’s EPA were overturned by the D.C. District Court. West Virginia sued, joined by dozens of other states, saying the EPA didn’t have the authority to regulate industries statewide.

“Capping carbon dioxide emissions at a level that will force a nationwide transition away from the use of coal to generate electricity may be a sensible ‘solution to the crisis of the day,’ ” Chief Justice John Roberts wrote in the court’s 6–3 decision.

But a decision’s sensibility, Roberts reasoned, does not mean the agency making the decision was allowed to do so. The EPA’s authority to regulate industries at that scale, since it wasn’t expressly granted, doesn’t exist, the court ruled.

“The Court appoints itself — instead of Congress or the expert agency — the decision-maker on climate policy. I cannot think of many things more frightening,” Associate Justice Elena Kagan wrote for the court’s dissenting liberal minority.

“This is a huge blow to the global effort to combat the effects of climate change,” Patrice Nicholas, director of the Center for Climate Change, Climate Justice, and Health — part of the MGH Institute of Health Professions — said in response to the court’s opinion.

“The United States is the No. 1 carbon-emitter in the world. One of President Biden’s pledges coming into office was to decrease U.S. emissions by half by 2030. If we’re unable to curb our emissions significantly and expeditiously, it will be very difficult for any efforts made by the rest of the global community to have an impact on the future of the planet,” he said.

The U.S. has been a consistent emitter of carbon dioxide since at least 1973, when it emitted roughly 4,690 metric tons, peaking at about 5,730 metric tons in 2000 and emitted about 4,290 metric tons in 2020, according to data from the Paris-based International Energy Agency.

What the EPA does next will depend on Congress, but for the time being their work will be made that much more difficult, according to Minoli.

“The decision will make it harder for EPA to protect the public from what the agency views as new or increased environmental threats, as the Court has effectively pushed the responsibility for that task back to Congress,” he told the Herald.

The resulting impact on public health will be noticeable, according Dr. Mona Sarfaty, executive director of the Medical Society Consortium on Climate & Health, a group of 44 medical societies representing 70% of U.S. medical doctors.

“The decision undermines regulations that are needed to protect our health in the modern era. This regulatory structure is needed more than ever to ensure health and safety against the growing threat multiplier that is climate change,” she said following the court’s decision.

Vasili Gregoriou, CEO of Boston-based Advent Technologies, says private sector solutions may be the answer in the wake of the court’s decision.

“We have always believed that the best and fastest way to meet U.S. climate goals and worldwide carbon reduction targets is through the private sector working together with federal and state partners, striving to meet goals set by the application of science,” he told the Herald.