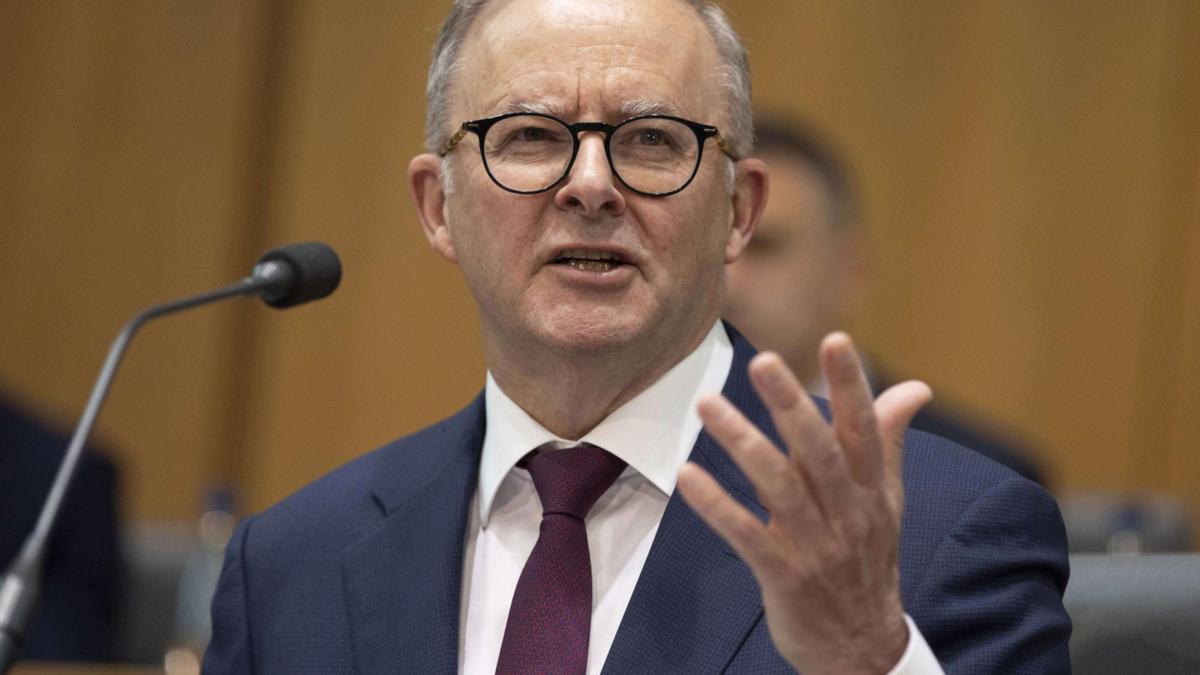 Almost twice as many Australians want the “stage 3” income tax cuts scrapped as those who want to keep them, a new survey suggests.

The Australia Institute has released a poll which found 41 per cent of people support the Albanese government repealing the tax cuts, compared with 22 per cent who are opposed.

Nearly half – 46 per cent – of the people surveyed identified that the cuts would benefit high income earners the most.

Forty-three per cent of respondents who identified as Labor voters supported the cuts being ditched.

The stage 3 tax cuts are the third in a series of cuts introduced by the former Coalition government after the first two tranches offered targeted tax relief to low and middle income taxpayers.

The Labor government has come under political pressure to backflip on its election commitment to keep the stage 3 cuts in place, given the economic storm gripping the country.

The policy means about 95 per cent of Australians will face a marginal tax rate of no more than 30 per cent as well as the 2 per cent Medicare levy.

Critics say the stage 3 cuts, which will cost the federal budget more than $20bn a year and an estimated $243bn over a decade, are not affordable or equitable.

Asked what they thought was better for the nation’s long-term interests, 60 per cent of the respondents chose “increased spending on government services like health and education” compared with 15 per cent who selected proceeding with the tax cuts.

The poll showed high income Australians were more aware of the stage 3 cuts and more likely to support their repeal than lower income earners.

Of the respondents who identified as Greens voters, 54 per cent wanted the cuts scrapped, compared with 46 per cent of independent voters, 35 per cent of Coalition voters and 19 per cent of One Nation voters.

The Australia Institute executive director Richard Denniss said more than one third of the survey’s respondents said they were still making up their minds.

Dr Denniss said this “indicated the debate is there to be won or lost, based on the economic evidence and on what is fair”.

“Voters expect responsible management of the economy,” he said.

“The fact is the economic conditions of 2022 and budget projections over the forward estimates are vastly different to when these tax cuts for high income earners were first announced by Scott Morrison in 2018.”

Jim Chalmers has stared down calls to scrap or amend the stage 3 cuts as he prepares to deliver his first budget later this month.

The Treasurer told ABC 730 last Thursday: “Our position on the tax cuts hasn’t changed, our policy is as it has been”.

“We do need to make sure that the money that we invest in the budget, from the budget, in the Australian people and in their economy, does get maximum bang for buck,” he said.

Dr Chalmers told reporters at Parliament House last Wednesday he had no reason to remove the cuts at this stage.

“Even if we took some of the steps that people have been urging us to do on stage 3 tax cuts, that would not change the inflationary environment that we confront right now,” he said.

“I think the public conversation sometimes doesn’t quite understand that.”

Dr Chalmers made the observation as he handed down the federal government’s final budget position, which showed the deficit for 2021-22 had fallen from a forecast $79bn to $32bn because of high commodity prices and low unemployment.

FTSE positive at close amid Chinese relaxation of Covid curbs

Veterans Affairs says it has no proof former paralympian was…