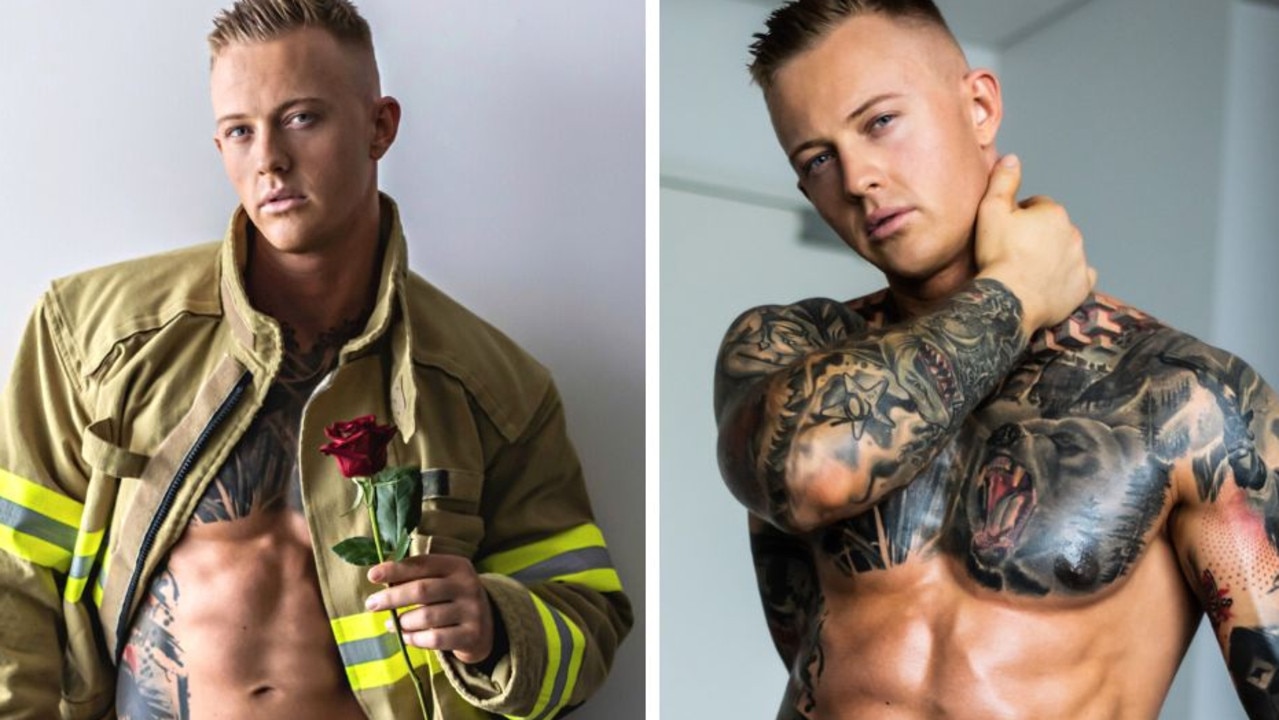 A veteran who served in the Royal Australian Navy has left his military career behind to pursue a dramatically different job as a male stripper.

Back in 2015, Justin Leo had just joined the navy in hopes that it would provide him with financial stability and invaluable life skills, while also opening up doors in the future.

The 29-year-old told news.com.au that he “wasn’t fully prepared” for what the reality of military life would entail, and soon realised this way of living may not be for him.

But Justin was determined to stick it out as long as he could, spending six years in the navy before returning to his Sydney home in 2021 to start a new chapter.

After getting into fitness and nutrition during his time in the defence forces, Justin was often complimented for his muscular physique – so he decided to dip his toes into modelling.

This lead to a few topless waitering jobs, before he gave male stripping a try, and quickly fell in love with the art.

Justin rapidly rose to fame and is now one of the most sought-after strippers, travelling all around Australia putting on shows with Magic Men, one of the country’s most popular male entertainer agencies.

“I originally joined the navy as I wanted a steady career,” he explained.

“At the time I actually had a partner who was pregnant. I wanted to be able to provide for the family I was about to have.

“Sadly, she actually ended up having a miscarriage. But I was already signed up and in basic training, so I just continued.

“It was an amazing career, I don’t regret anything. Obviously there are ups and downs.

“I realised it wasn’t really for me. I found out that money isn’t everything, it can’t bring happiness.

“There are a lot of bosses, and a lot of rules. That was difficult to get used to.

“Obviously, what I do now is a lot different to my time in the navy. I never imagined this is something I’d be doing, that I’d become a professional male stripper.

“But I absolutely love it. I’m happier than I have ever been.”

Justin said he originally was drawn to the idea of male stripping as he loves being “the centre of attention”.

He also loves the happiness he brings to his clients while he is performing.

“I love the smiles that I put on people’s faces, it makes my day,” Justin said.

“When people are enjoying themselves, that is all I care about. I like to make a connection with the audience, it is so much more than just taking your clothes off.

“We put shows on for anyone, no matter their age, appearance or gender. We do plenty of shows for men, especially around Mardi Gras time.

“It doesn’t matter to me, all I want is for people to have a good night.”

While he would not change his career for the world, Justin says it would take a special type of woman to fully accept him.

“Dating is one of the hardest things aspects of this job,” he said.

“Some women think they’re fine with it, but when the reality sets in they want me to stop.

“Many just cannot fathom that I take this job really seriously and I am very professional about it.

“There are no romantic or sexual feelings involved. All I am thinking about is my next dance move.

“I’m an entertainer, and all I care about in the moment is ensuring that my clients have a good time.

“Many women are just not okay with it, and I can respect that. Everyone has their own boundaries and what they’re comfortable with.”

Justin is now sharing his story to help break down the misconceptions and stigma that can surround male stripping, while also hoping to inspire others who might want to give it a go.

“It is a great job, I absolutely love it,” he smiled.

“If you’re even just thinking about it, give it a try. It is so much fun, I meet so many new people all the time and get to travel around everywhere.

“I feel like my confidence has skyrocketed, and my mental health is the best it has ever been.

“Before this, I had so many self-confidence issues about my body and face. I had a lot of weight problems growing up, and struggled with really bad acne.

“I was teased to the point where I got into many fights and kicked out of school.

“But now I am at the point where I really truly love who I am. It feels incredible.

“Leaving the navy to become a stripper is the best decision I’ve ever made. I will keep doing this for as long as I can.”