Teachers and minister still ‘some distance apart’ on pay talks 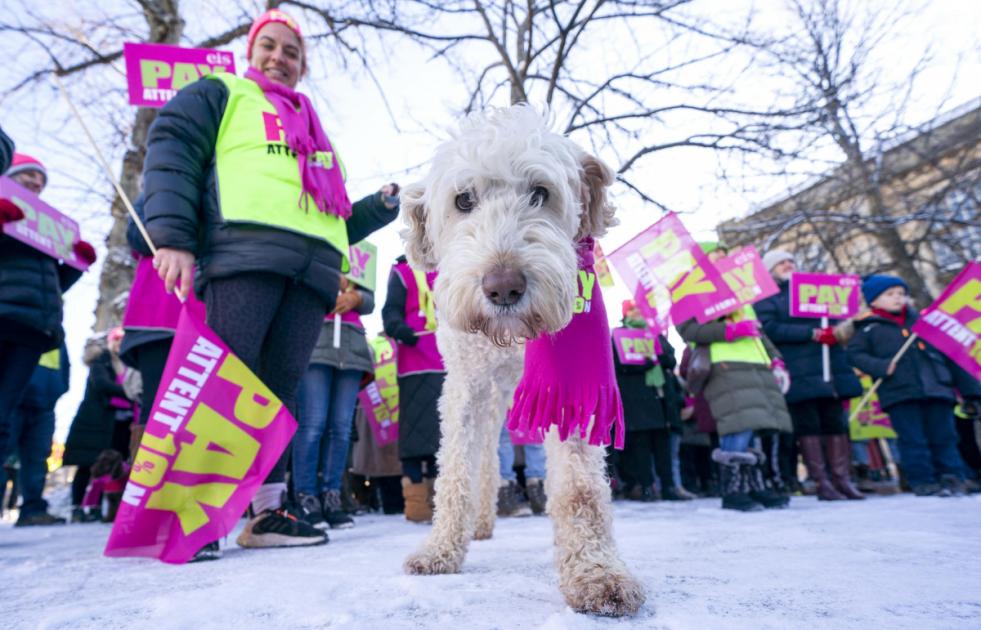 TEACHERS and the Scottish Government are still “some distance apart” on pay talks, the Education Secretary has admitted.

But the unions said the industrial action would continue until the government and Scotland’s councils brought an “improved pay offer that includes a significant amount of new money” to the negotiating table.

On Tuesday, staff in schools in North Ayrshire and Perth and Kinross walked out on the second day of the EIS’s 6-day rolling programme of strike action.

Schools in Orkney and Fife are set to close on Wednesday.

The EIS – Scotland’s largest teaching union – are seeking a 10 per cent hike, but the Scottish Government and COSLA’s offer is worth around 5% for most teachers, and 6.85% for the lowest earners.

In a ministerial statement on education attainment in Holyrood on Tuesday, Ms Somerville pledged to continue talks with unions later this week.

He added: “The Cabinet Secretary and this SNP Government are failing Scotland’s children and young people, their parents and carers, and it just won’t wash.”

Scottish Labour’s education spokesman Michael Marra said: “Teachers don’t want to be out on strike, we all know that. But it is now eight weeks since the last offer.

“There have just been 22 more days of strike action announced. What is the Cabinet Secretary going to do to change her approach to the negotiations to get the breakthrough we need, because more of the same is clearly not going to cut it.”

In response, Ms Somerville said: “We are some distance apart between what is affordable to the Scottish Government and local governments and what is acceptable to the unions in terms of what they wish to see.

“Cosla have made four offers now to the unions. I totally accept that those have been rejected, but we need to see compromise on all sides of this.

“That’s the only way to get a resolution.”

EIS general secretary Andrea Bradley said: “We are on the second day of our programme of rolling strike action as we continue to urge the Scottish Government to pay attention to the need for a fair pay increase for Scotland’s teachers.

“The first teacher pay strikes in Scotland in four decades are a direct result of the failure of the Scottish Government and COSLA to negotiate a fair settlement for the country’s hard-working teaching professionals.

“They acknowledge that we are key workers and laud our contributions to the nation’s young people, yet consistently offer a record real-terms pay cut for Scotland’s teachers.”

Ms Bradley said their strike action “will continue until a new, suitably improved and fair offer is put onto the table.”

Tourist slammed for reserving sunloungers at hotel in Spain