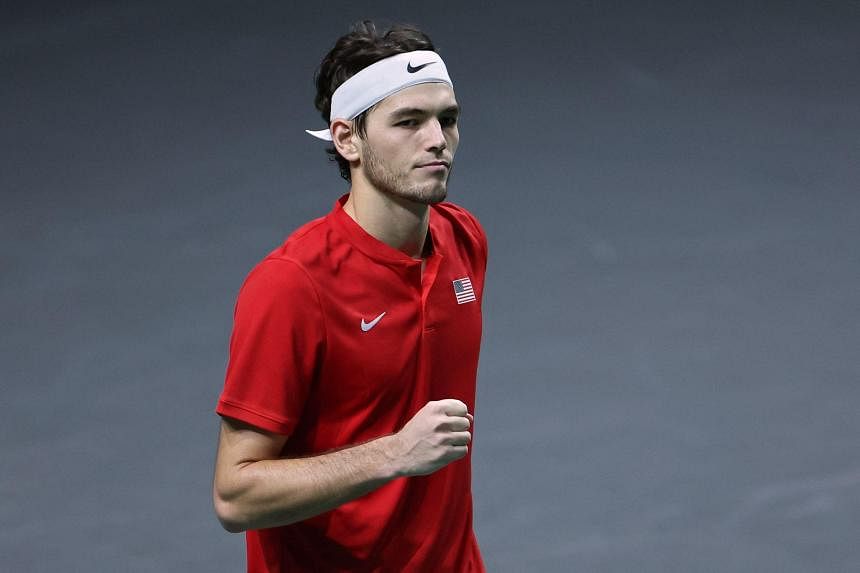 LOS ANGELES – Taylor Fritz said that if a men’s player on the ATP Tour came out as gay, he would be welcomed by his peers, the top-ranked American told tennis publication Clay.

While leading players past and present on the WTA Tour have come out as gay, no male player competing at the sport’s top level has done the same so far.

“I’m not sure if there are homosexual tennis players in the top 100,” Fritz said in an interview published on Sunday. “Statistically speaking, there should be. … I think it is odd, because I feel like a player would be accepted.

“Myself and my friends, other players on tour wouldn’t have any issues with it, it would be totally normal and I think people would be accepting.”

The 25-year-old world No. 9 said players may be reluctant to come out because of the attention that would come with it.

“I couldn’t tell you why (no one has came out),” Fritz said. “That would be a lot of big news and maybe people just don’t want to be in the spotlight, maybe they don’t want the distraction of getting all the attention and stuff like that.”

Another reason may be that those players do not want to risk being on the receiving end of abusive language or being alienated by their peers.

An ATP Tour survey of players earlier this year found that 75 per cent had reported having heard other players use homophobic slurs, leading the tour to partner with You Can Play, an organization committed to furthering LGBTQ+ inclusion in sports.

The survey also indicated a “strong fear of rejection, isolation from others on tour, and loneliness” as being likely barriers to LGBTQ+ players’ publicly disclosing their sexuality to others.

Fritz’s comments have been echoed by others in the past. In 2018, then-world No. 1 Novak Djokovic said he respected that everybody has a right to express their sexual orientation and described it as a “courageous move”.

The most high-profile player on the ATP tour to reveal his sexuality in the Open Era was Brian Vahaly, but he did so only after his retirement. The American peaked at a ranking of 64th in 2003 and won five titles on the Challenger Tour. He retired from tennis in 2006 and came out in 2017.

Back in July, Russia’s top-ranked tennis player Daria Kasatkina revealed that she was gay and was in a relationship with Olympic figure skater Natalia Zabiiako.

Fellow tennis players Coco Gauff and Naomi both said they supported Kasatkina’s decision, reflecting on her bravery and the need for vocal allies in the sport. REUTERS