Tennis: Kyrgios withdrew from United Cup to give himself best chance at Australian Open 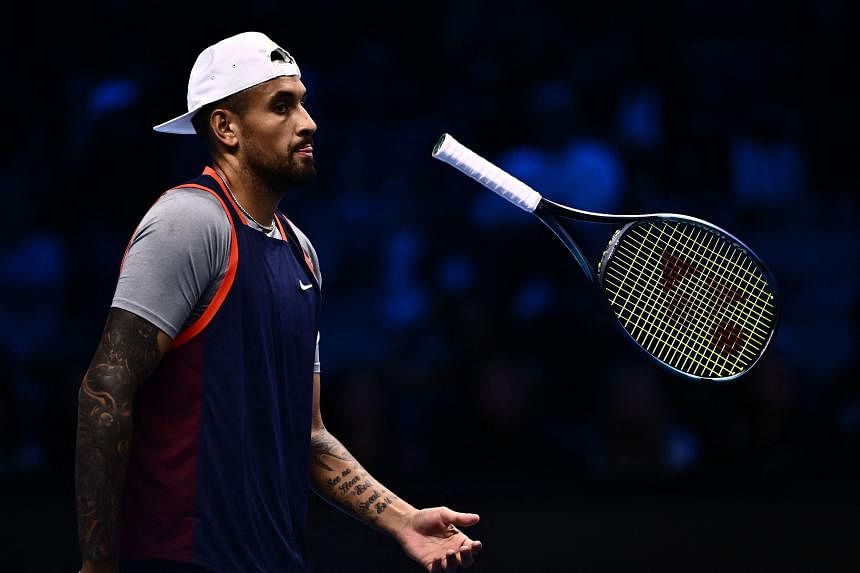 SYDNEY – Nick Kyrgios said that he withdrew from the ongoing inaugural edition of the United Cup to be in peak condition for the Australian Open in January, adding that he did not expect everyone to understand the reasoning behind his decision.

Kyrgios, who is ranked 22nd in the world, was set to lead Australia in the joint ATP and WTA event but withdrew from the tournament due to injury on Wednesday, taking his own teammates by surprise with the late announcement.

“People underestimate the pressure and the nerves with being a part of one of the biggest tournaments of the year,” Wimbledon runner-up Kyrgios told The Age and the Sydney Morning Herald in an interview published on Thursday.

“Anyone who plays professionally knows for sure. Going deep or not, winning a match at a Grand Slam level is not an easy task.

“Throw in an injury and knowing you didn’t give yourself the best chance only adds to the mountain of pressure you face. So feeling good physically is important.”

The Australian, who is a controversial figure in tennis with his antics on and off the court, added that he had been in communication with Tennis Australia chief executive officer Craig Tiley and United Cup tournament director Stephen Farrow about his injury.

“We all worked together to try and get the best outcome. Not everyone is going to understand or see it from my side and that is okay,” Kyrgios said.

“I was working every day very closely with my team about my progression and speaking with William, my physio, after every session. I tried to be ready for it, but at some point you need to listen to the advice you’re receiving and do what is best.”

Alex de Minaur, who moved into the No. 1 men’s position for Team Australia in place of Kyrgios, was beaten by Britain’s Cameron Norrie on Thursday.

Speaking after de Minaur’s defeat, Australia co-captain Lleyton Hewitt said he had also been unaware of Kyrgios’ withdrawal until late on Wednesday.

When asked how Kyrgios could improve his communication, Hewitt told reporters: “Probably just responding. That’s the normal way of doing it. There was a little while (before he responded).

“It’s more just the communication. If it was just worrying Nick, that’s one thing.

“When it revolves around the team and other people and their preparation to be playing the best they possibly can leading into the Australian Open, that’s probably the hardest thing.”

“We literally just found out 10 minutes ago. Obviously it’s news to all of us and we just move forward now,” she said. REUTERS