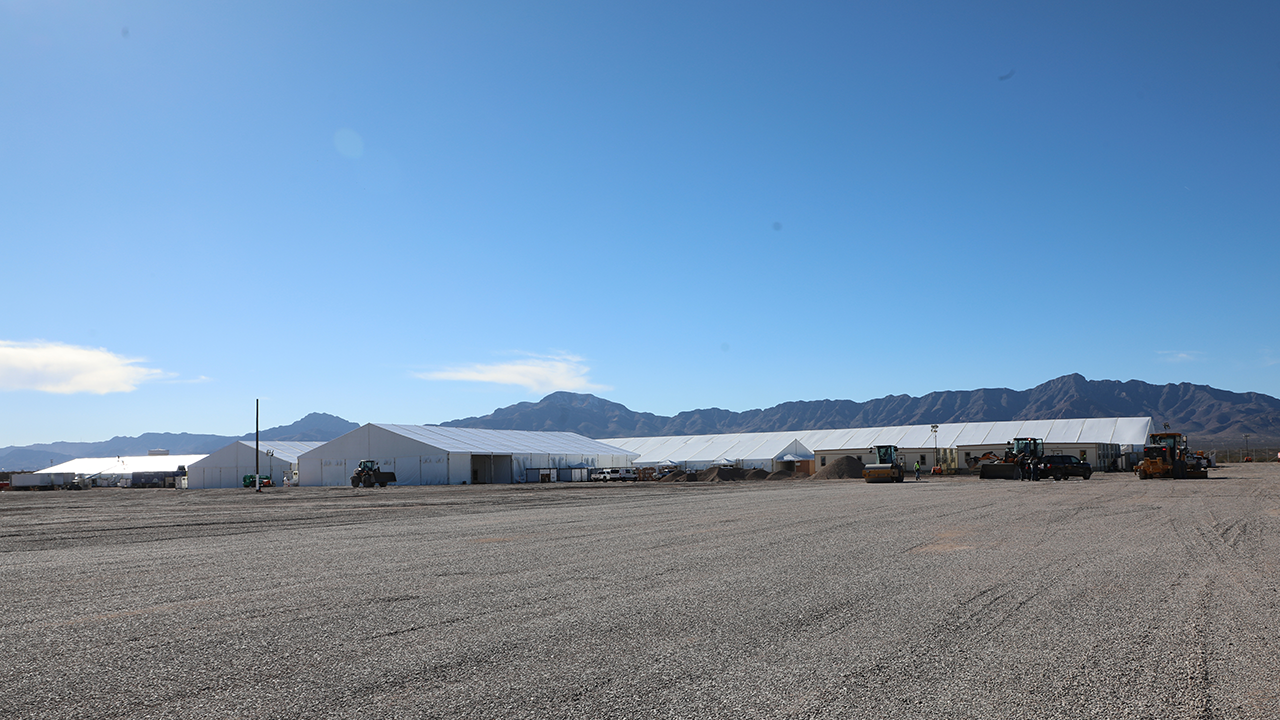 Just days after President Biden visited the southern border in El Paso, Texas, the U.S. Customs and Border Protection, or CBP, announced the opening of a new soft-sided processing facility that nearly doubles the number of immigrants it can house at a time.

The primary purpose of the new facility, CBP said in a press release, is to safety and expeditiously process individuals in Border Patrol custody.

CBP officials said they consistently review operational requirements to help determine if more facilities are needed. In this case, the facility offers more capacity to help augment the current Central Processing Center, which has a capacity of 1,040.

El Paso was chosen for the location of a new facility because it is central to the El Paso Sector Border Patrol stations throughout West Texas and New Mexico, the release read.

With just over 153,000 square feet of space, the facility sits on 2.9 acres, is weatherproof, climate-controlled, and is expected to provide plenty of space for eating, sleeping and personal hygiene.

Border Patrols agents in El Paso, Texas have a new facility to process migrants that has a capacity of 1,000, nearly doubling what the current Central Processing Center has.
(CBP photo by Edward Butron)

In December, the facility was bursting at the seams. Now it is less than full capacity, according to a dashboard on the City of El Paso’s website, with 745 migrants in custody.

The El Paso sector saw an average of 2,150 daily migrant encounters in mid-December, which since the beginning of January, has dropped below 1,000 per day.

When Biden visited the border on Sunday, it was the first time in his two years in office.

CBP sources have confirmed that migrant camps in El Paso began before the president’s visit, and it was in response to community complaints, including from the El Paso Police Department.

US President Joe Biden speaks with a member of the US Border Patrol as they walk along the US-Mexico border fence in El Paso, Texas, on January 8, 2023.
(JIM WATSON/AFP via Getty Image)

White House Press Secretary Karine Jean-Pierre was asked by Fox News’ Peter Doocy on Wednesday why the president did not want to see what was really going on at the border.

“He did see exactly what’s going on at the border,” Jean-Pierre replied.

Doocy then stated that Biden did not talk to any migrants or to the border to see where the crossings were occurring, asking why.

“He went to the migrant center, which was a critical place to be,” Jean-Pierre said. “There happened to be no migrants at the facility at the time that he visited.

Jean-Pierre also said the president’s visit had nothing to do with the numbers going down.

Biden visited the border at El Paso for between three and four hours, his first visit as president and the first verified border visit of his lengthy career in politics.