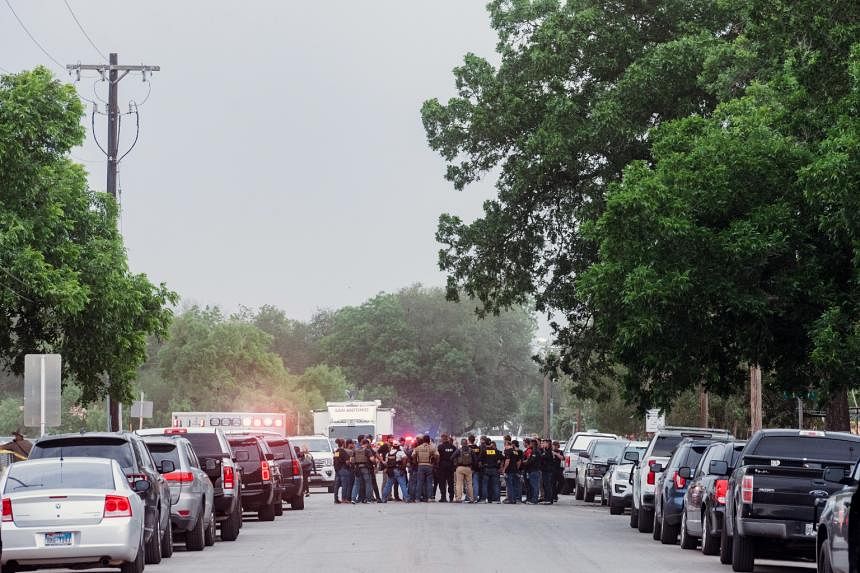 TEXAS (REUTERS) – A Texas legislators’ probe of the Uvalde school shooting that left 21 dead blamed “systemic failures” and poor leadership for contributing to the death toll, a report released on Sunday (July 17) found.

The Texas House of Representatives committee investigation marked the most exhaustive attempt so far to determine why it took more than an hour for police and other officers to confront and kill the 18-year-old gunman at Robb Elementary School on May 24.

The bottom line, the report found, is that “law enforcement responders failed to adhere to their active shooter training, and they failed to prioritise saving the lives of innocent victims over their own safety”.

The 77-page report said 376 law enforcement officers rushed to the school in a chaotic scene marked by a lack of clear leadership and sufficient urgency.

“Other than the attacker, the Committee did not find any ‘villains’ in the course of its investigation,” the report stated. “Instead, we found systemic failures and egregious poor decision making.”

“The void of leadership could have contributed to the loss of life as injured victims waited over an hour for help, and the attacker continued to sporadically fire his weapon.”

Uvalde Mayor Don McLaughlin said in an e-mailed statement that the city had placed Lieutenant Mariano Pargas, who was the acting city policy chief on the day of the shooting, on administrative leave.

Pargas did not immediately respond to a request for comment from Reuters.
McLaughlin also on Sunday released body camera footage from some of the city police officers who responded to the shooting, which showed the confusion and chaos of the scene.

The report found multiple failures at the school, noting the five-foot tall exterior fence around the school that could not impede the gunman. There was also a “regrettable culture of noncompliance by school personnel” when it came to leaving exterior and interior doors unlocked or propped open. The gunman easily entered the school through an unlocked door.

The report also found that of the approximately 142 rounds the attacker fired inside the building, it was “almost certain” that around 100 of those shots were fired before any officer entered the school.

The report described “shortcomings and failures of the Uvalde Consolidated Independent School District and of various agencies and officers of law enforcement” and “an overall lackadaisical approach” by the authorities.

Part of that could be explained by communications failures.

Children inside the classrooms where the killing took place called 911 and pleaded for help, but the report said that nobody ensured that responders making key decisions inside the building knew about those emergency calls or “received information that students and teachers had survived the initial burst of gunfire.”

“Nobody in command analyzed this information to recognise that the attacker was preventing critically injured victims from obtaining medical care,” the report stated.