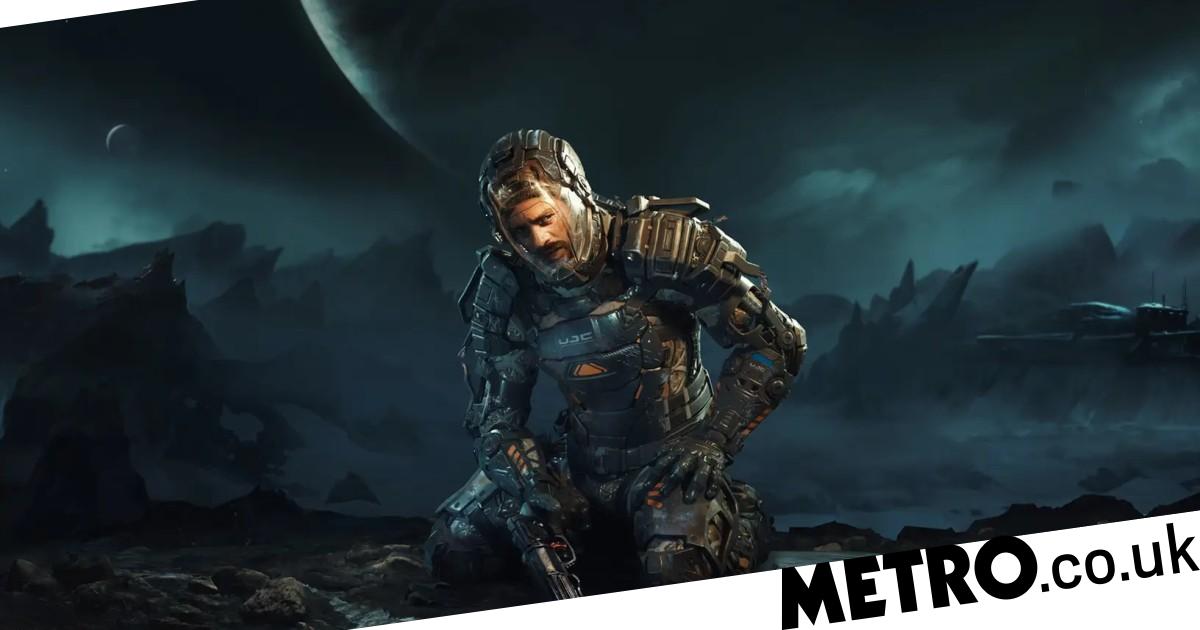 GameCentral reviews the spiritual successor to Dead Space, by the original creator, but is too similar to the original or not enough?

It won’t be so obvious to more casual gamers, but every survival horror fan already knows that The Callisto Protocol is Dead Space 4 by any other name. EA’s old survival horror franchise is back in fashion at the moment, with an official remake of the first game due early next year. From its grim, industrial looking sci-fi setting to its penchant for traumatic dismemberment, The Callisto Protocol certainly looks the part but there are key differences, and not all of them are positive…

For most, the Dead Space series peaked with its second instalment, before the franchise took a turn towards action rather than scares, in the co-op focused Dead Space 3. The Callisto Protocol is directed by Glen Schofield, the creator of the original game (but who didn’t work on any of the sequels), and while this is clearly intended to be a spiritual follow-up it simplifies the formula more than you might expect, abandoning puzzles altogether in favour of savage, mostly melee-based combat.

Protagonist Jacob starts the game on a smuggling run that ends with his ship crash landing on Callisto, the ‘dead’ moon of Jupiter, so called because it’s a totally barren ball of rock and ice. That makes it the perfect place for Black Iron, a bleak maximum security prison into which Jacob is unceremoniously thrown. Naturally, it’s mere moments before the place is on fire and overrun by monsters.

To preserve its sense of threat, The Callisto Protocol is single-player only, but despite the resolute anti-co-op stance, you’ll spend most of your time collaborating with other characters. Your first in-game buddy is a chirpy cockney lifer who gives you a shiv and sends you off to do his bidding via radio instructions. On the way you meet your first proper monster, which the game isn’t allowed to call a necromorph, but which totally is.

It’s also your introduction to combat, which relies on a novel system that uses the left stick to block, or duck left and right. Enemies alternate sides for each blow, so if you dodge one way, you know the next swing will be coming from the other side. That’s exactly how it’s described in the tutorial, which makes it one of the most contrived gameplay mechanics we’ve seen in a long while. Not only that but the whole combat system is fundamentally at odds with the game’s close-up, over-the-shoulder camera view.

The camera’s good for keeping the action feeling as in-your-face as possible, but also regularly interposes Jacob’s head and body between you and enemies, making it a lot harder to see when they’re winding up punches. It also frequently obscures pick-ups, forcing you to flail blindly at the interaction button whenever you’ve recently stamped on any enemy corpses, to release their ammunition or money supplies piñata-style.

The feel of combat is consistently solid, however, with a weighty sense of commitment to each blow. When one connects, it’s with a squelchy, bone-crunching impact, but if it misses, there’s a window of vulnerability that your creepy adversaries are quick to take advantage of. Fights are rarely straightforward, because, as in Dead Space, you’ll often find enemies turn up behind you while you’re busy administering a beating to a monster in front.

You can spend the credits you pick up from enemy corpses at 3D printers scattered about the place, extending your arsenal and upgrading the bits of it you use most. While melee is your stock-in-trade, you soon gain access to firearms, their limited ammunition making them useful to wield as part of combos rather than turning the game into a third person shooter.

Guns are most useful for shooting the tentacles that often appear on enemies, as a prelude to them turning into something more dangerous. This is clearly meant as the game’s equivalent of shooting off limbs in Dead Space but it’s not as interesting a test of marksmanship and gets irritating when you miss it and an encounter ends up going on for even longer.

You’ll also unlock the ‘Grip’, which acts like a gravity gun, letting you grab enemies, pull them in, and then hurl them into spinning machinery or against one of the game’s ubiquitous spiked walls (something notably missing from most NASA spacecraft). You can, of course, just reel them in for a good clubbing, although when there are so many enemies around at once, that isn’t usually a good idea.

The real problem, though, is the lack of dread. Combat is undoubtedly grotesque and blood thirsty – Jacob’s death animations, in particular, taking weirdly gruesome pleasure in his final throes – but because there are so many fights, there’s no tension. The first time an enemy springs out from behind a freshly opened door, or drops from an unseen hatch in the ceiling, it makes you jump. The tenth time, not so much.

The lack of puzzles or other distraction from combat is also odd. The nearest the game gets is forcing you to find guards’ corpses, to dig out their ID implants to open locked doors, but all that boils down to is killing corridors full of enraged space zombies until you get to a room with a dead prison officer in it, then retracing your steps. It means the game’s challenge, and only source of gameplay, is combat, which soon makes proceedings feel very one note.

That impression is exacerbated by the fact that the entire game is spent wandering down a single thinly disguised corridor. There are forks in the road, but they’re clearly signposted and always link up moments later, making them no more than cosmetic. And while the corridor leads you through the ghastliness of Black Iron prison, the icy surface of Callisto, deep into the bowels of the old colony beneath, and onward towards its final showdown, the changes are only visual – the horrors you walk past and through just non-interactive set dressing.

The game does get a lot right though. Its characters’ facial animations are eerily realistic and its beautifully rendered post-industrial sci-fi interiors are both immaculately designed and incredibly well lit, building atmosphere with dark shadows, knee high sewage, and monster-obscuring fog. Even its Tomb Raider style waterslide of death sequence, where you avoid obstacles as you hurtle down a chute, feels faster and more dangerous than Lara Croft’s equivalent.

You’ll also find encounters lightly remixed when you die and have to redo a room. Monsters are in different places and pick-ups change, adding a bit of variety when you inevitably need to retry the trickier mass brawls. But it’s what’s missing that rankles. With no puzzles or Dead Space’s signature zero-G sections, relatively undifferentiated monsters, and few places where you get to explore, the only thing left is the relentless combat.

While fights are violent and often desperate feeling, they lack the variety and more interesting pacing of The Last Of Us, which the game vaguely resembles, and never feel like as much fun. It’s a shame, because the futuristic setting remains impressive throughout but there’s just not much going on in it beyond endless, repetitive fights. As an unofficial sequel to Dead Space 3 it stays remarkably faithful to its nine-year-old inspiration. What it really needs, though, is more ideas of its own.

In Short: Dead Space 4 in all but name, except with no puzzles and surprisingly little suspense. The Callisto Protocol has plenty of gritty action but that’s not quite enough to sustain interest for its entire duration.

Cons: Virtually scare-free and built almost entirely from borrowed ideas. There’s nothing to do except fight and enemies quickly begin to feel samey.


MORE : The Callisto Protocol is so gory it can’t be released in Japan


MORE : The Callisto Protocol preview and interview – ‘This is not Dead Space 4’