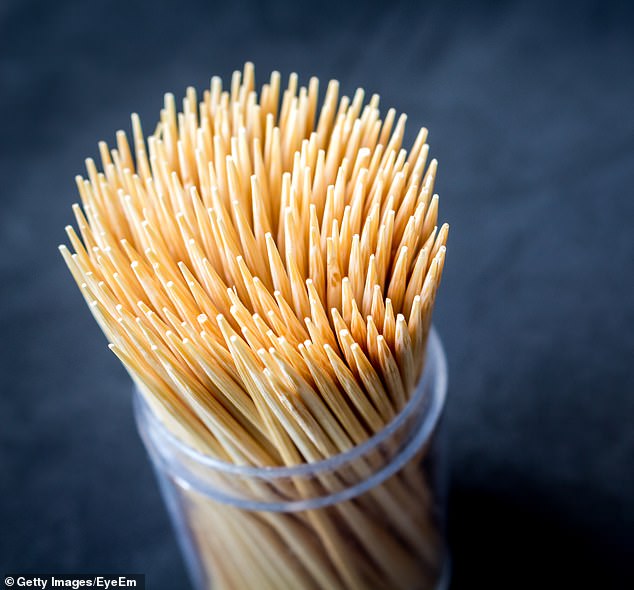 Paper clips, toothpicks and CANDLES: The ‘dangerous’ ways people are trying to get rid of their ear wax

By Sophie Huskisson Health Reporter For The Daily Mail

People are turning to ‘dangerous methods’ such as using paper clips or toothpicks to remove ear wax as many GPs no longer offer the treatment, a report warns.

The removal of the service, which used to be offered by the NHS, has forced people to turn to unsafe solutions out of desperation.

Some have been left to use a notepad to communicate due to temporary hearing loss.

More than a quarter of those who have suffered from ear wax building up said they could not afford to get it removed privately, which can cost between £50 and £100, especially given that it can need professional removal three or four times a year.

People are turning to ‘dangerous methods’ such as using paper clips or toothpicks to remove ear wax as many GPs no longer offer the treatment, a report warns. The removal of the service, which used to be offered by the NHS, has forced people to turn to unsafe solutions out of desperation

WHAT IS EARWAX BUILD UP?

Earwax usually falls out on its own but, in some cases, it can become blocked.

It cannot be prevented as the wax is there to protect ears from water, dirt germs, infection and foreign bodies.

You are more likely to suffer buildup if:

You can try using over-the-counter wax softening drops or warm water to irrigate your ears.

If this doesn’t work, seek professional medical help in case of infection.

Two-thirds of sufferers had been told ear wax removal was no longer available on the NHS, a survey of 1,400 people conducted by the Royal National Institute for Deaf People (RNID) found.

Many GP practices are thought to have stopped routinely offering the service due to a lack of targeted funding and ongoing pressures within the NHS from the Covid-19 pandemic.

Many are advised to seek private treatment instead but, amid the cost-of-living crisis, are turning to make-do methods including the use of hair clips, paper clips, toothpicks and Hopi ear candles.

The survey found that 71 per cent of respondents resorted to attempting to remove ear wax themselves despite two thirds admitting they did not feel confident doing this.

For most people, wax moves out of the ear naturally over time, however 2.3 million people a year in the UK require their ear wax to be removed by a professional.

The NHS website advises putting two to three drops of ‘medical grade olive or almond oil in your ear’ three to four times a day for three to five days to treat it yourself.

RNID is calling for ear wax removal services to be brought back into primary care or community settings.

Crystal Rolfe, associate cirector for Health at RNID, said: ‘We are concerned that many people with ear wax build up are at serious risk of permanently damaging their hearing and their ears now that they are unable to access ear wax removal services on the NHS.

‘We’ve heard of people in agony with pain, and depressed at the lack of support they’ve received from health professionals.

‘Some people are unable to leave the house, or are left using a notepad to communicate.

‘Someone with ear wax build-up used to be treated in a week at their GP, but now the service has been withdrawn.

‘People who can’t afford private treatment are left with no options. This isn’t good enough.

‘Ear wax removal services must be available on the NHS for everyone who needs them.’

So, how can I get rid of ear wax myself?

Earwax usually falls out on its own.

If it does not and blocks your ear, put a couple of drops of medical grade olive or almond oil in your ear up to four times a day. Do this for three to five days.

It is recommended you use a dropper while lying your head on one side for a few minutes to let the oil work its way through your ear canal(s).

You may find it easier to do this first thing in the morning and then just before you go to sleep.

Over about two weeks, lumps of earwax should fall out of your ear, especially at night when you’re lying down.

There’s no evidence that ear candles or ear vacuums get rid of earwax.