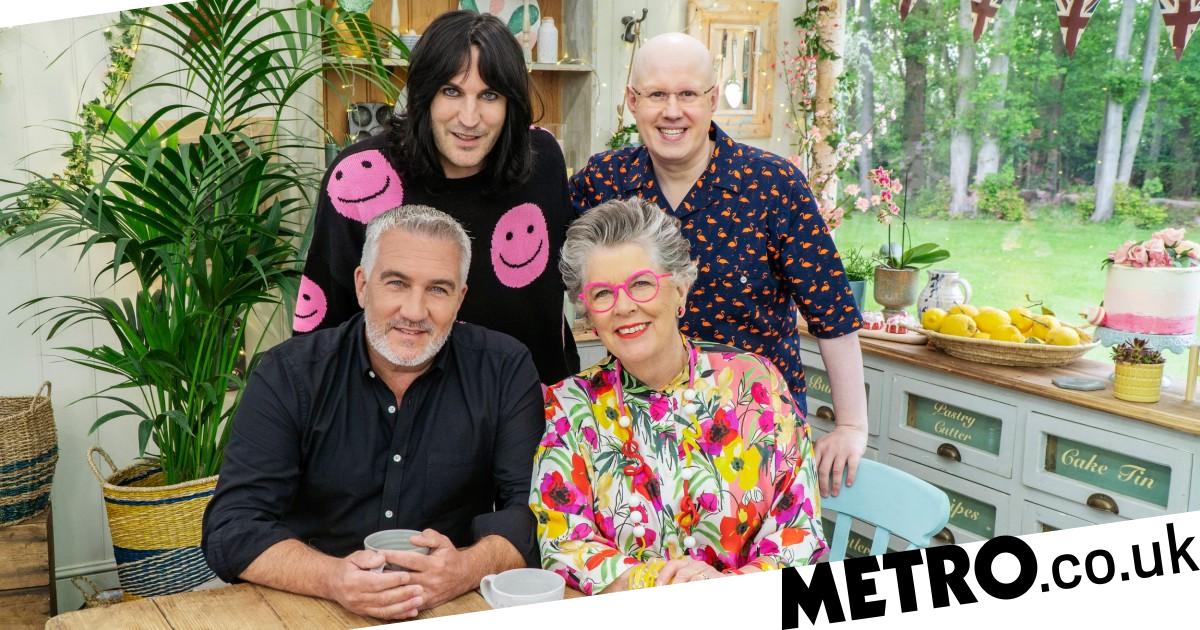 The Great British Bake Off judge Prue Leith has teased the 2022 version of the show will be ‘harder’, with contestants facing new challenges.

Prue, 82, will be back sampling treats in the famous tent, along with fellow judge Paul Hollywood and hosts Noel Fielding and Matt Lucas for the Channel 4 programme’s 13th edition.

Among the wannabe pastry chefs vying for Paul’s, 56, golden handshake are a nuclear scientist to a music teacher, with a teaser trailer promising baking fails and epic showstoppers.

But as the new class of 2022 prepare for the juggernaut cooking show, which previously ran on the BBC, they’re going to have to make sure they avoid even more soggy bottoms, with the series being called the toughest yet.

‘Can you imagine how difficult it is to judge 12 absolutely perfect, identical somethings? It’s impossible’

The chef told The Mirror the difficult tasks have been set to ‘sort the sheep from the goats.’

News challenges include baking and cooking themes based on Mexico, custard and Halloween, which have never been on Bake Off before.

Speaking about the new tasks, Paul said: ‘We’ve got a Mexican Week, which is great because I’d just come back from Mexico. And we’ve got a Halloween Week to coincide with Halloween.’

Prue added: ‘I loved custard week. I often say to the bakers when they’ve made a pudding or a cake that doesn’t look right but tastes good, “There’s nothing wrong with this cake that a bowl of custard wouldn’t fix.”‘

On the Bake Off’s new line-up are Abdul, Carol, Dawn, James, Janusz, Kevin, Maisam, Rebs, Sandro, Syabira, and Will, with some fans are already predicting who will make it to the end.

One wrote: ‘CAROL A QUEEN I’M CALLING IT NOW.’

Last year’s series saw Italian Giuseppe Dell’Anno crowned as the winner, in what was quite the year for the nation.

He beat off competition from Crystelle Perreira and Will Chirag (aka Chigs) in a nail-biting finale which left fans wanting more immediately after.

The Great British Bake Off returns to Channel 4 next Tuesday at 8pm.


MORE : Who are The Great British Bake Off presenters and judges for 2022?

Patients wait for hours at a Warman, Sask. walk-in clinic.…