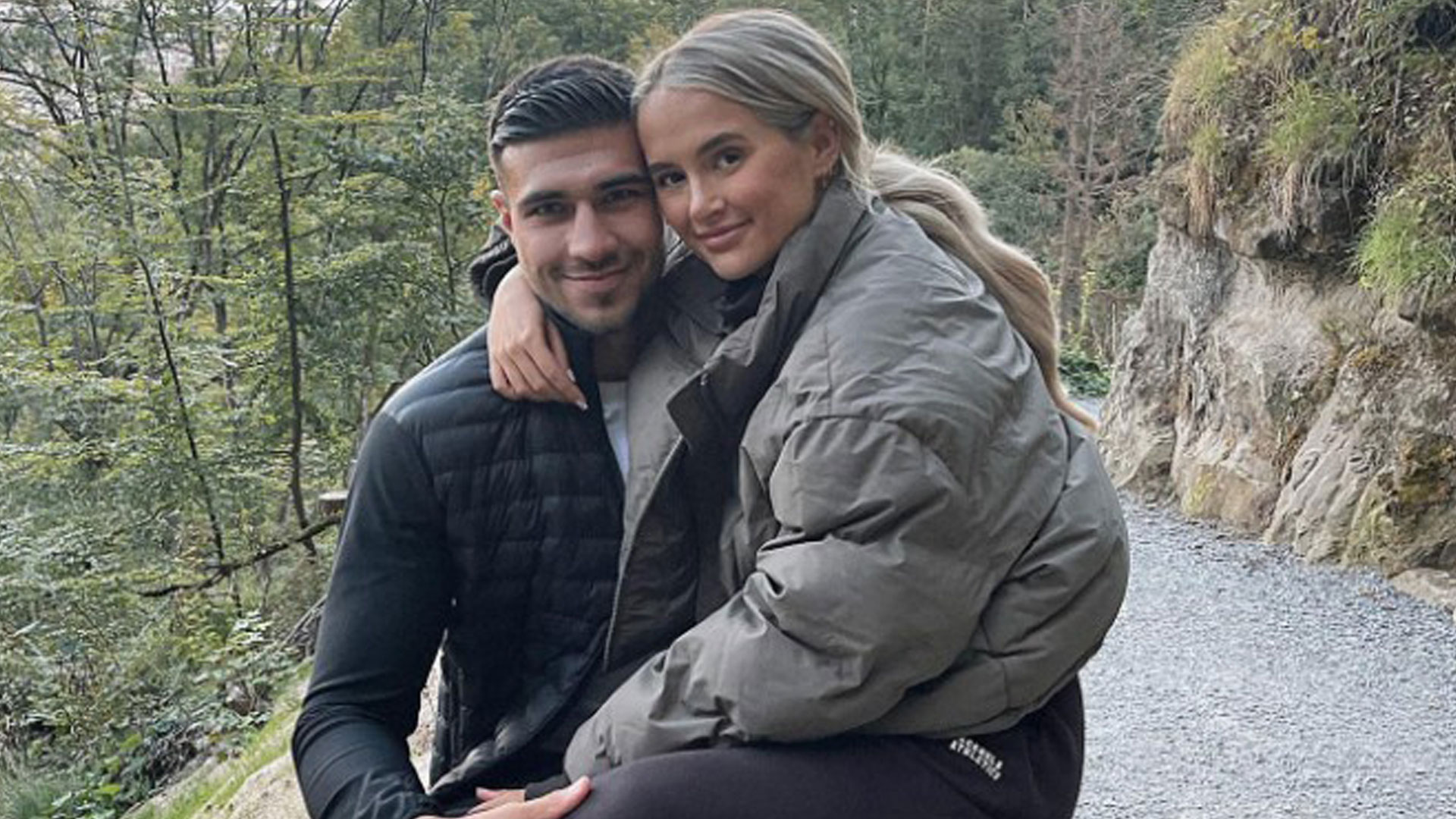 LOVE Island sees sparks fly in the Mallorca villa – yet does this translate to real life?

A whole host of Love Island alumni have proved it does and none other than Molly Mae Hague, 23, and boyfriend Tommy Fury, also 23, who have announced they are expecting their first child.

Their tot will now join a host of Love Island babies from couples having locked eyes on each other on the ITV2 programme.

Yet surprisingly, given the show’s credentials as the ultimate match-making experience, there aren’t as many couples who are still thriving as you might think.

Alex Bowen and Olivia Buckland met and fell in love on the summer 2016 series of the show, and have been joined at the hip ever since

While the couple came in second place, losing out to fan favourites Nathan Massey and Cara De La Hoyde, they’re absolutely winning when it comes to their romance.

Just a year after leaving the villa, a smitten Alex popped the question on New Year’s Eve.

The couple tied the knot in mid-September 2018 during a lavish ceremony at Gosfield Hall in Essex and are now expecting their first baby.

Olivia gave birth to their first child Abel in June.

Nathan Massey and Cara De La Hoyde won the 2016 series of the show but it wasn’t exactly smooth sailing for the pair after they left.

Despite moving in together just months after leaving the villa, the couple called time on their relationship in April 2017.

Just one month later, former circus performer Cara announced her shock pregnancy – but said that Nathan was fully supportive and would be there every step of the way.

The couple reunited soon after their son Feddie-George was born in December 2017, and tied the knot almost two years later on Friday, June, 28, 2019.

Nathan and Cara and welcomed their second child, daughter Delilah, in July 2020.

Despite being busy parents, that certainly hasn’t hindered their bedroom antics – as the pair recently revealed their top tips to boost your sex life during lockdown.

Lovebirds Camilla and Jamie finished off in second place on the 2017 series of the show.

But that doesn’t mean they’re not stronger than ever – in fact, they welcomed their first child together, a daughter named Nell Sophia, in October 2020.

While Camilla, who previously snogged Prince Harry, had admitted their relationship is “tricky” and “complex” at times, the couple are well and truly smitten.

Jessica Shears and Dominic Lever hit it off in the villa in 2017 were the first contestants to have sex in the hideaway.

Sadly, their romance was cut short when Jess was eliminated before her beau.

But since Dom left the show, the lovebirds have been inseparable and they even got engaged just three months later.

The couple’s first wedding came on Good Morning Britain in a bizarre ceremony overseen by Jeremy Kyle on Valentine’s Day 2018 where they were ‘married’ by Richard Arnold.

However, the reality TV stars had a proper wedding months later in October at a stunning ceremony on the Greek Island of Mykonos.

Jess and Dom welcomed their first child, a son, in September 2019 and live in a stunning family home in Devon.

They then welcomed their second son together in June 2022.

Tommy and Molly-Mae coupled up in the second week of the show after a hilarious love triangle involving Maura Higgins.

And the pair quickly stole viewers’ hearts too as we watched their romance unfold – and they soon declared their love for one another.

After leaving the villa, the couple proved they were serious about their relationship, and moved into a swanky flat in Manchester.

Tommy has proven to be a real romantic and lavished Molly with plenty of gifts, including a puppy imported from Russia which sadly later died.

When he surprised her with a new year’s eve trip to New York, we were all convinced he was going to pop the question. He didn’t – but surely an engagement can’t be far off?

Meanwhile, they have announced they will soon become parents – with Molly revealing a slew of signs prior to their big announcement.

The couple were announced as the first winners of 2020 after falling in love on the new winter addition.

The pair beat runners-up Luke Trotman and Siânnise Fudge to win the show.

The pair stuck together throughout the show and didn’t have their heads turned once and we are pleased to say the pair are still going strong.

They met in Casa Amor but their time in the South African was cut short. However, by May 2020 they were officially a couple.

At one point, fans thought they might have gone their separate ways, but they ended up silencing any break up rumours with a loved-up selfie.

Callum revealed that he asked Molly to be his girlfriend, just two months after leaving the South African villa.

The couple lived together at Molly’s parents’ house during lockdown, and it looks like things are still going strong.

They were recently out at the Beauty Awards with him posting alongside her writing: “Great night great company ❤️.”

Teddy and Faye had some controversial times while in the villa, with one argument becoming the most complained about TV moment at the time.

But the lovebirds haven’t let this affect them as they are now stronger than ever and living together.

Chloe and Toby’s relationship hit the rocks more than once when they were in the villa.

Toby’s head turned on multiple occasions but they thought it was worth fighting for and are still together now.

The pair recently moved in together and enjoyed a romantic trip away.

The couple are loving life on the outside world and Luca has finally met Gemma’s dad, ex footie ace Michael Owen.

He made their boyfriend and girlfriend status official with roses and Cartier jewellery.

The duo are going strong after their summer of love.

In a tell-all Q&A video, they even hinted they were planning on getting hitched.

The couple – who got matching tattoos to celebrate their time in the villa – admitted they had a “whole wedding planned.”

The undisputed power couple of the 2022 series.

Ekin Su has gone on to bag the biggest Love Island fashion deal in history with Oh Polly.

In true power couple style, Davide is also lined up for a six-figure fashion deal with BoohooMAN.

The duo are going strong in the outside world following a rough patch in Casa Amor.

Dami recently exclusively told The Sun how the show will be “bigger and better” without departing host Laura Whitmore.

It came as he supported Indiyah’s launch for fast-fashion firm, Pretty Little Thing.

The shock of the season came courtesy of Adam Collard, who returned for a second stab at Love Island romance.

He appeared to find it with paramedic Paige and the pair were all smiles as they exited the villa.

Yet they faced a bump in the road as Adam was pictured hugging another woman in McDonalds.

He then broke his silence and exclusively told The Sun he was happy with Paige and the lady was just a fan.