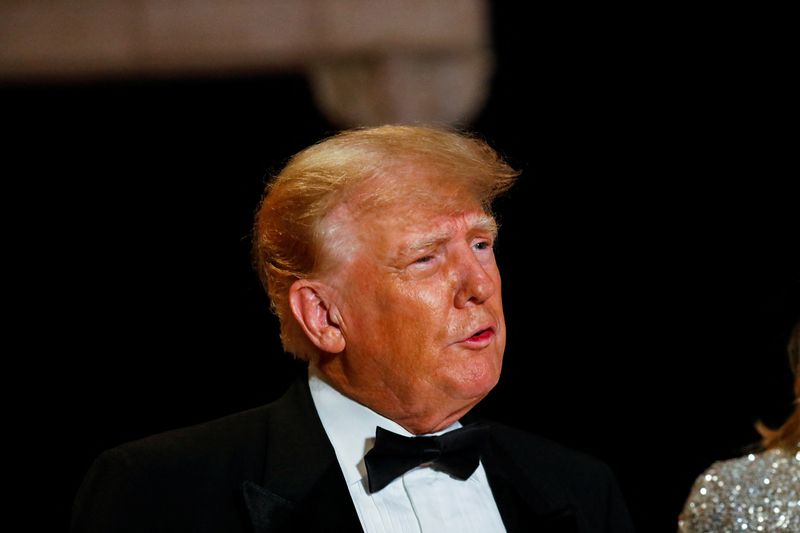 WASHINGTON (Reuters) – The 2022 midterm vote in the United States was a story of great expectations.

Given the public’s sour mood over the direction of the country and with inflation rampant, Republicans had high hopes of seizing control of the U.S. Congress from Democrats, perhaps grabbing dozens of seats in a so-called “red wave” in the House of Representatives in the process.

That didn’t happen, and Republicans are still trying to understand why. They did win a majority in the House, albeit by a razor-thin margin. The prize of the Senate, however, was denied them even though they needed just one more seat to claim it.

While the political environment seemed to favor Republicans, the U.S. Supreme Court decision in June to roll back the constitutional protection for abortion galvanized Democratic voters.

At the same time, Republicans nominated a slate of candidates, particularly in Senate races, who voters saw as either too extreme (Blake Masters in Arizona), too inexperienced (Mehmet Oz in Pennsylvania), or both.

The final result does alter the balance of power in Washington, but not to the degree that it might have.

Republicans can pass legislation in the House to grab headlines, but it will likely stand no chance of seeing a vote in the Senate. Their slim House majority means party leaders will have to unite what has been a quarrelsome caucus to achieve much of anything.

Still, they can stall so-called must-pass bills, including ones to raise the nation’s debt ceiling or fund the federal government. House Republican leaders have already threatened the nightmare scenario of a debt default to extract deep spending cuts to Democratic priorities.

With control of House oversight committees, Republicans could also launch probes of President Joe Biden’s administration ahead of the 2024 presidential election that could weaken or embarrass Biden.

The midterm elections are often seen as a referendum on the president. But in 2022, people’s votes were also influenced by their views on a former occupant of the White House – Donald Trump. And the result of those votes may have a profound impact on which Republicans challenge Biden in 2024.

Trump, who has already announced another White House bid, backed several of the losing Senate and gubernatorial candidates, leading to criticism among some Republicans that his involvement cost the party winnable races. Trump emerged from the midterms more politically vulnerable than he has been in some time.

Trump had already taken some hits in the months before the election. The congressional committee investigating the Jan. 6, 2021 attack on the U.S. Capitol by his supporters held a series of hearings that highlighted his efforts to stay in office despite losing the 2020 election to Biden.

Trump’s misfortunes may benefit Florida Governor Ron DeSantis, who romped to a re-election victory that cemented his status as a Republican rising star.

DeSantis is expected to announce his own presidential bid in the coming months, along with perhaps a raft of other Republican challengers, including former Vice President Mike Pence and former United Nations ambassador Nikki Haley.

One other outcome of the midterms is that the administration of the 2024 election may go more smoothly than it might have. In several battleground states, staunch supporters of Trump’s false claims of election fraud lost their races for governor and secretary of state – offices that play key roles in running elections.

In most key contests, Democrats prevailed. That was particularly critical in the states that proved instrumental to Biden’s defeat of Trump in 2020. Democrats in Arizona, Michigan, Pennsylvania and Wisconsin all won governor’s races, likely limiting the ability of Republicans in those states to interfere with the presidential election.

Explore the Reuters round-up of news stories that dominated the year, and the outlook for 2023.