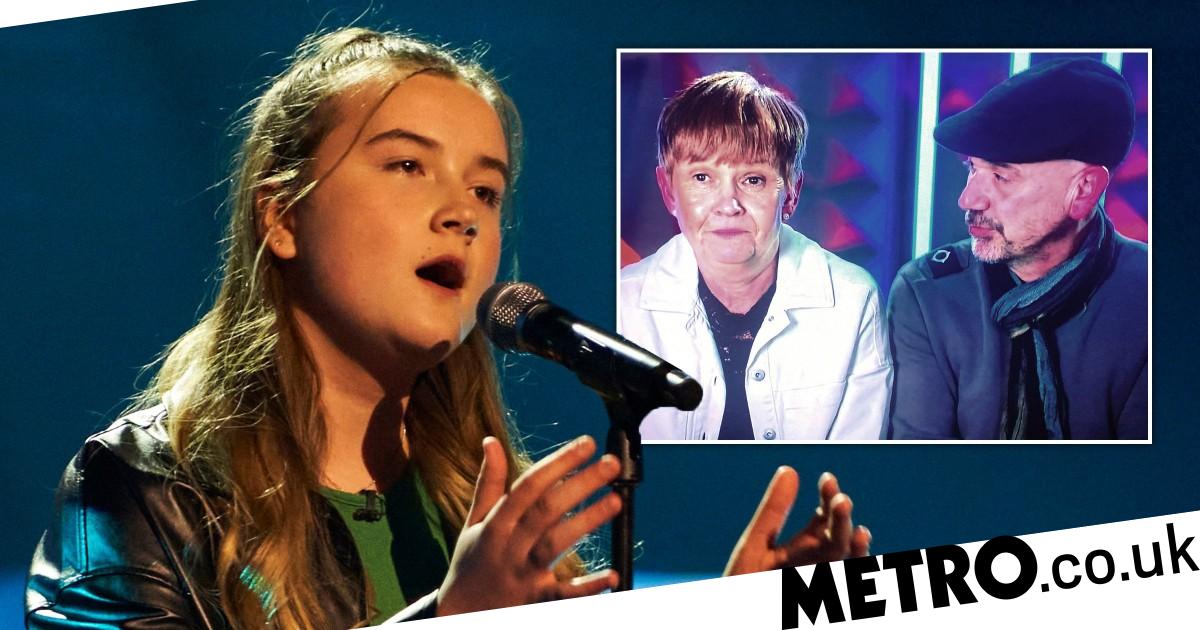 The Voice Kids UK viewers were left in awe of 14-year-old Darcie’s talent on tonight’s show, as well as how ‘wonderful’ and supportive her parents are of her trans journey.

On tonight’s episode of the ITV programme, judges Pixie Lott, Danny Jones, Ronan Keating and will.i.am saw the final batch of singers perform in the ‘blind’ auditions, before the next stage of the competition begins.

One of the latest auditionees was Darcie from Norwich, who delivered a powerful rendition of Lewis Capaldi’s Bruises that impressed Will so much that he turned for her.

In her introductory VT, the teenager was introduced to viewers with her parents Alison and Kevin, who couldn’t have been prouder of their daughter.

After explaining how Darcie is always singing and dancing, Alison shared that her child ‘hasn’t had an easy ride’.

‘She learnt at a very early age to be strong. Darcie has had a lot of challenges with her gender,’ she shared.

‘Darcie was born male and at a very early age, it was obvious that she wanted to live as a female and she’s shown complete grit and determination that she was going to do so.’

Her mother continued: ‘With what she’s been through, that she’s so confident in herself, that has proved to us that everything has been the right thing to do. As a parent, we have her back,’ while her father added: ‘We’re so proud.’

On the main stage, Darcie explained to the coaches how much of an ‘escape’ music and singing is for her.

‘I just wanted to prove a point, because as a young trans person, I just wanted to come on here and show people that I can do it and I can achieve my dreams,’ she said, as Danny praised her on her ‘bravery’.

Several viewers expressed their support for Darcie as well as their admiration for her parents.

‘Darcy was amazing & her parents are just wonderful,’ one person tweeted.

‘Darcie from @thevoicekidsuk amazing parent’s supporting her on her trans journey,’ another said, while someone else wrote: ‘If only every young trans child had parents like this. Love and acceptance wins.’

The Voice Kids returns tomorrow at 8pm on ITV1 and ITVX.