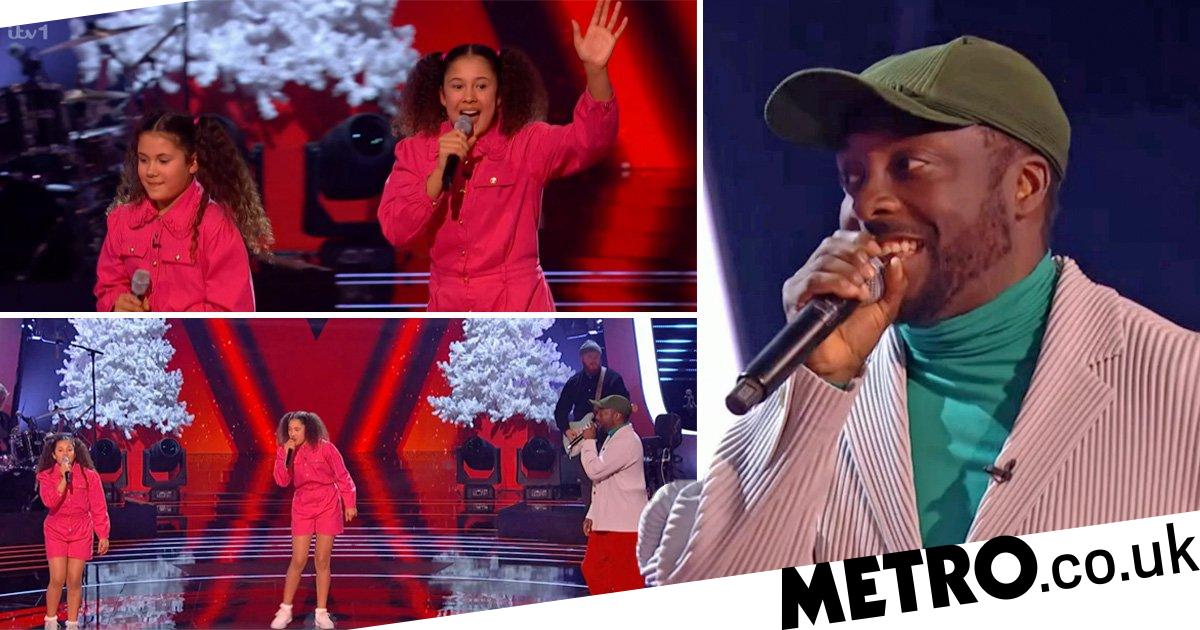 It must be many kids’ dreams across the world to be able to sing an iconic Black Eyed Peas song with none other than music legend will.i.am himself.

However, that dream became a reality for sisters Gabriella and Jasmine on the latest episode of The Voice Kids UK.

The 12-year-old and 10-year-old, who live in Lancaster, appeared on the ITV programme as a double act, wearing matching outfits from head to toe as they raised the roof with their rendition of Stevie Wonder’s Master Blaster (Jammin’).

Despite bursting with energy and talent, the duo didn’t receive any chair turns by the end of their performance from the coaches.

However, after mentioning that they often perform Where Is The Love? when they perform at gigs, McFly musician Danny Jones urged Will to get up on stage with them.

The rapper picked up a mic to join the siblings as they sang their hearts out to the 2003 Black Eyed Peas song, as their parents watched proudly from the sidelines.

Several The Voice Kids viewers found the moment heartwarming, with one even saying having the chance to perform with Will was better than receiving a chair turn.

‘Crying at @iamwill singing with the sisters , better than not getting a turn,’ one person tweeted.

‘What a moment for those kids singing with Will,’ another said.

‘Watching & listening to @iamwill duet with the two sisters on #TheVoiceKidsUK was just wonderful.. love this show, it’s like eating a bar of chocolate!’ someone else wrote.

The latest episode of The Voice Kids marks the final round of ‘blind’ auditions, when the judges are turned away from the singers as they perform for the first time.

They will then proceed to the next stage of the competition as the coaches back their respective teams.

As well as Will and Danny, the other judges on the show are singers Ronan Keating and Pixie Lott.

While Will has been a judge since season one – the only one to be there from the beginning – he’s yet to secure the victory.

The Voice Kids returns tomorrow at 8pm on ITV1 and ITVX.


MORE : Victoria Beckham misses son Brooklyn while David and rest of the kids get into Christmas spirit