These popular ‘Hawaii’ products aren’t made in Hawaii 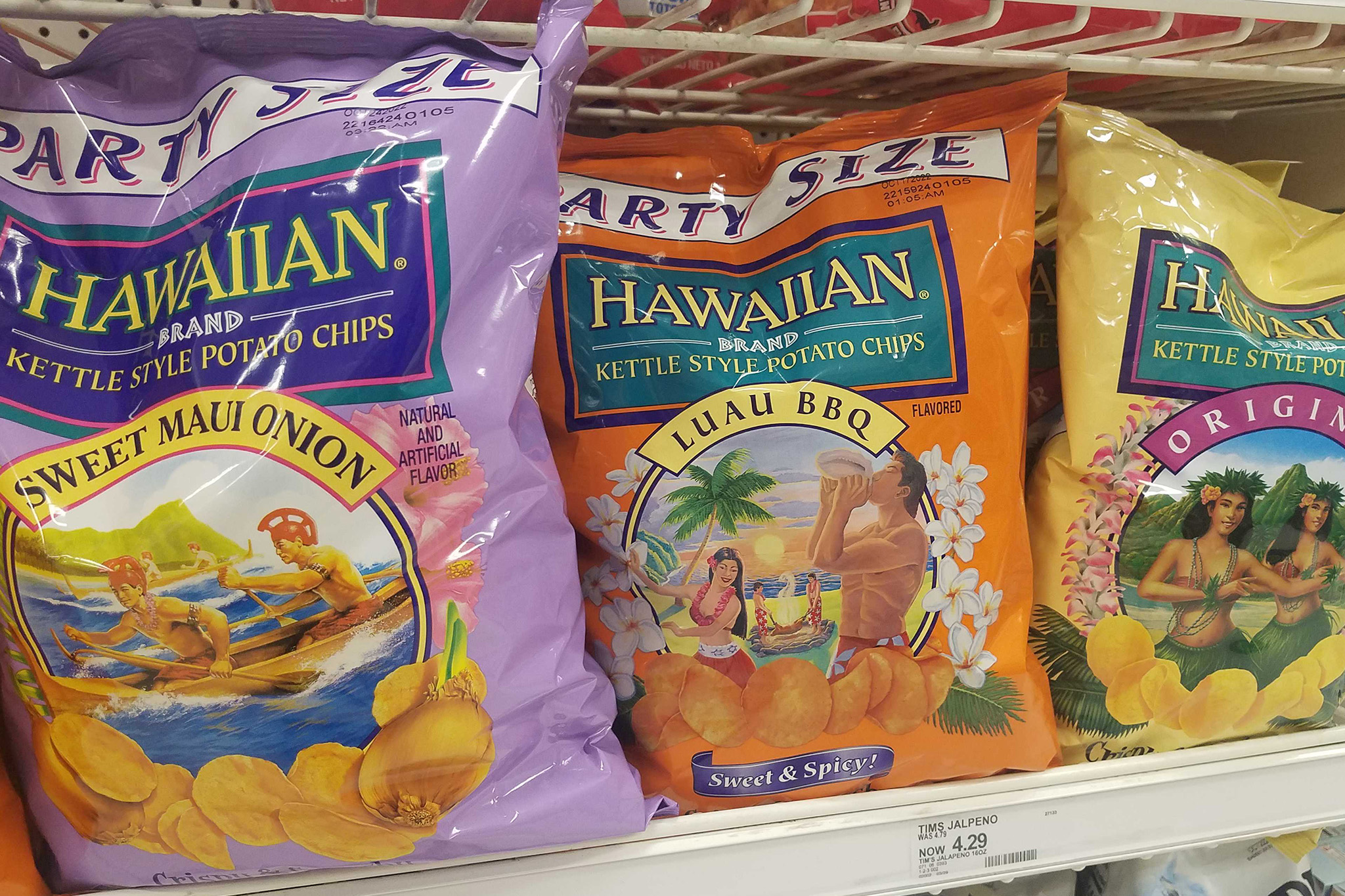 Determining whether something is actually made in Hawaii has become harder over the years, with an increasing number of businesses cashing in on the Hawaii brand. Simply slapping a Hawaiian word on a package that’s been decorated to look like it’s from Hawaii is often enough to fool consumers.

When Meli James looks at a bag of Maui Style potato chips, the Hawaii Venture Capital Association president sees both a lost opportunity and a challenge — for both local businesses and consumers.

Frito-Lay, the Texas-based maker of the chips, is one of “tons of companies that are leveraging the brand of Hawaii that have nothing to do with Hawaii, either from a jobs standpoint, agriculture, manufacturing or acquisition or building talent here,” James, who spent a decade in Silicon Valley before returning home to Honolulu a few years ago, told SFGATE. “We’re not creating the first generation of entrepreneurs here whose acquisitions or successful exits then create the second generation.”

This phenomenon contributes to a lack of high-paying jobs, which means “there’s a huge mass exodus of people who aren’t able to afford to live here,” she noted. And that also affects the brand of Hawaii: “It’s not just a beach, it’s not just a nice hotel — it’s the stories, the traditions, the diverse cultures that meld together,” James explained. “What keeps Hawaii special are the people and their stories.”

In response, James and fellow startup veteran Brittany Heyd created Mana Up, an economic development initiative that includes a $6.3 million venture fund and an annual six-month business accelerator that has already helped 63 island companies to scale and market their businesses. In May, Mana Up announced its seventh cohort of 11 companies — six with Native Hawaiian CEOs, seven with women CEOs.

Despite the competition from companies in the continental U.S. using Hawaii as a brand, “we’re not saying woe is us, or that sucks, or we’re going to go after Frito-Lay,” James noted. “But we are going to build up more local entrepreneurs who can build up the brand of Hawaii and tell the story so that consumers and purchasers can decipher what is and what isn’t from Hawaii.”

Misleading or downright false labeling of “Hawaii” products can require careful deciphering. Kona coffee farmers, for example, recently added $2.1 million to a $13.2 million settlement in a class-action lawsuit against retailers including Costco, Marshalls and Safeway. The farmers sued over sales of what they claimed contained little, if any, Kona coffee. But a state bill to increase the minimum amount of a specific region’s coffee named in a blend from a minimum of 10% to 50% recently dropped that requirement in favor of a study of its potential impact.

When Kona Brewing Company was bought in 2010, it started brewing its beer in other states for the beer sold outside of Hawaii. The company was sued in 2017 for false advertising and settled for almost $5 million. In 2021, under new ownership, it opened a 30,000-square-foot brewery facility in Kona to increase production in Hawaii. King’s Hawaiian, the Portuguese sweet bread bakery, was founded in Hilo, Hawaii in the 1950s. It closed its Hawaii restaurants in the 1990s and now produces 75% of its bread in Georgia. A lawsuit was filed in 2020, alleging that its packaging was misleading to customers, but a judge disagreed.

“What looks like Hawaiian salt that you’re buying at Costco or Longs might not have a grain of Hawaiian salt in it,” Gibson told SFGATE. She pointed to the widely available, cheaper Old Time Brand Sea Salt, which has a label that says it was “packed by Hawaiian Paakai Inc.” in Honolulu, with the word “Hawaiian” in bold and nearly twice the size. Neither Gibson’s company nor Hawaii Kai, the primary wholesalers of Hawaiian sea salt, sell to Hawaiian Paakai. When asked for the source of its sea salt, a Hawaiian Paakai representative said he could not disclose “proprietary information.”

Notably, the Old Time label does not say “made in Hawaii.” State law governs commercial use of that term, defined as “at least fifty-one percent of the wholesale value of the consumer commodity is added by manufacture, processing, or production within the State,” according to the organizers of the annual Made in Hawaii Festival.  But the implication that the Honolulu company sources its salt locally “is frustrating for us, because customers look at our salt and say it’s five times as expensive, which makes a little bit of an uphill battle for us,” Gibson says.

Leah Dang, a Hilo resident and former owner of San Francisco’s Aloha Warehouse gift shop, said she has been buying Old Time sea salt for years, under the assumption it was actually Hawaiian sea salt. “Living here, I try even more so to support local businesses because they’re more accessible. Without reading the labels closely, it was just a matter of their salt being less expensive than others’,” Dang told SFGATE.

It’s important for visitors to support locally made products, too, according to Dang. “The bulk of the tourist dollar in reality doesn’t go to the communities — it’s barely supporting the people that work in the industry,” she noted. “So if tourists want their dollars to make any kind of impact, no matter how small, it’s to seek out the products that are manufactured in Hawaii.”

Not every aspect of every product has to come from Hawaii, James said, especially given the success of locally designed clothing and “slippahs” (sandals). “We don’t grow cotton or sustainable rubber here, so we’re not going to be purists,” she explained.

Nevertheless, Mana Up is encouraging its businesses to develop more light manufacturing in Hawaii and source more local agricultural products, James said. And a “big part” of the accelerator program is teaching entrepreneurs how to tell the stories of their product, including revealing their ties to Hawaii.

House of Mana Up, the accelerator’s online platform and (since 2020) retail space in Waikiki’s Royal Hawaiian Center, showcases a selection of those companies’ wares, ranging from candles, clothing and condiments to skin care products, puzzles and paper goods. Two satellite pop-ups debuted this summer on Hawaii Island, one at the recently reopened Mauna Loa Macadamia Nut Visitor Center, which features exclusively items made on that island, and the other at the Mauna Kea Beach Hotel.

“Ten or 15 years ago, people weren’t flipping over the package, reading the ingredients, seeing who the founder was, what their story was, do their values resonate with me,” James noted. “Now with cellphones and Instagram, we’re able to figure those things out in 20 seconds.

“A lot more consumers are interested in microbrands, so that’s another tailwind we can leverage.”

Everything coming to Paramount Plus in October 2022: ‘Scream,’…