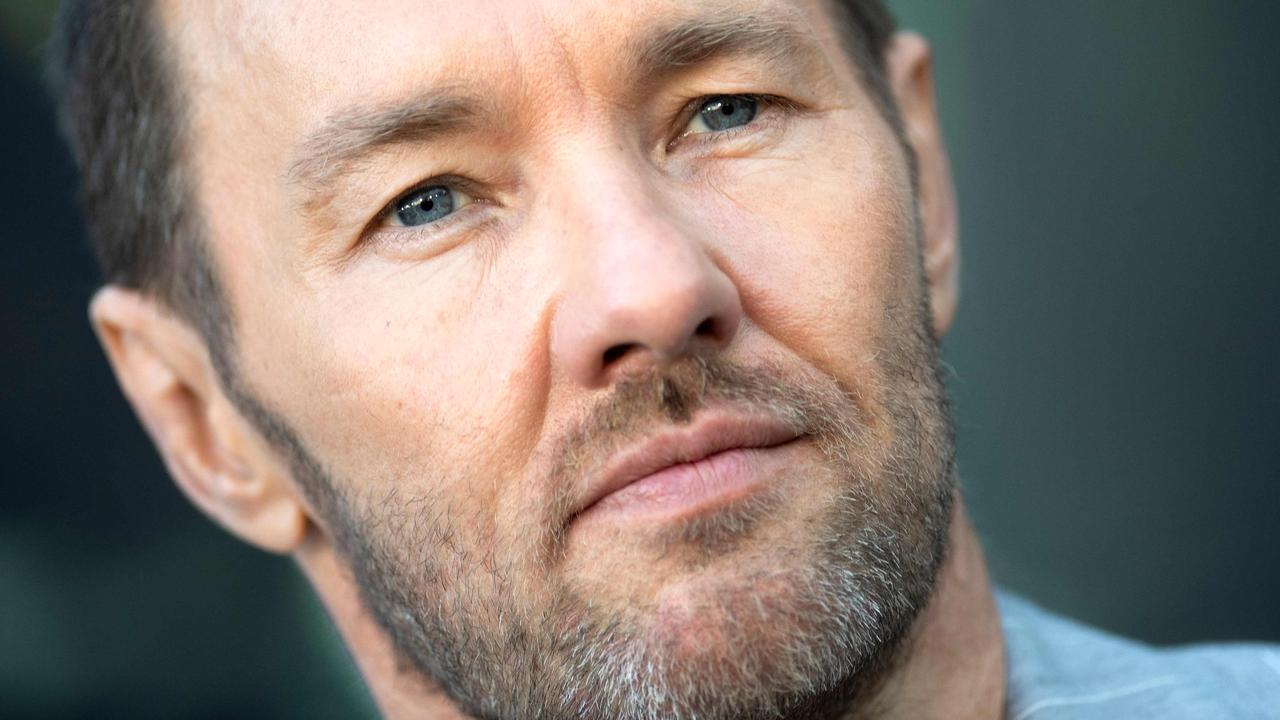 You only have to utter the words “Thai Cave Rescue” and almost anyone would know exactly what you’re talking about.

The extraordinary story of the international effort to save 12 boys and their football coach from a flooded cave system is remembered not just for the complicated rescue but for its triumphant ending.

“I remember when it first happened,” Joel Edgerton told news.com.au.

“Look, I’m a bit cynical. Whenever there’s a news event, particularly one that’s either super tragic or one that is incredibly positive – and this one was both, it started tragic and ended positively – I would sit with friends and say, ‘There will be a movie about that any minute now’.

“I’m sure producers were swooping into north Thailand at the time, trying to buy up the story. I never imagined I’d be part of it.”

The “it” is Thirteen Lives, a dramatisation of the Thai Cave Rescue by director Ron Howard and screenwriter William Nicholson.

It was inevitable that the story would be catnip to moviemakers, but when it’s a tale that was already so well-documented in the moment, what could Hollywood add to it?

Perennial filmmaker Howard knew he had a task on his hands, but he also knew that the story was worth dramatising because narrative film offers audiences a specific emotional connection.

“The role of a dramatised version of events is to be visceral and emotional and reach into people’s nervous systems with the truth of the story and the spirit of the story,” Howard told news.com.au.

“When audiences connect with the characters, which has to do to some extent with the writing but a lot to do with the actors, and this is a great ensemble cast, you begin to understand how difficult some of the choices (during the rescue operation) were.

“When you present characters as very relatable, modern people, any of us could understand the logic of what it was and what they were thinking or going through. Then you begin to develop empathy.

“That’s something a scripted, dramatised version offers audiences, a kind of empathy bridge. That creates suspense because you might know what the overall outcome was, but you don’t know what the cost was for these individuals.

“You don’t know what the baggage was, the physical, personal or emotional injury was – so those are stakes as well.”

Edgerton said that even though he had kept up with the Thai Cave Rescue’s news cycle, he didn’t know how agonising a decision it was for Dr Harris to agree to sedate the kids so they could be ferried out through the dangerous cave system which challenged even the most experienced of specialist divers.

“(The sedation plan) was a very controversial decision. I’ve read Richard’s book and I’ve since had conversations with him – he wasn’t around when we were shooting – but I watched numerous interviews and it really underlined for me the steps it took for him to agree to do something that he thought was such a highwire act in terms of whether it would work,” Edgerton said.

“Helping them may result in the death of the boys but if you didn’t try something or didn’t agree to help try that thing, all the boys would have likely died anyway. The weight of that decision, I found, was extraordinarily emotional. He’s an unbelievably thoughtful and wonderful man.”

Howard said the real-life counterparts, including Stanton and Volanthen, whose life rights form the basis of Thirteen Lives, trusted him to tell their story, citing his treatment of true events movies Apollo 13, Rush and A Beautiful Mind.

“They could see from the beginning that my own antenna was tuned towards integrity,” the filmmaker explained. “I didn’t want to amp things up. I didn’t need to.”

The resulting film is an expansive, thoughtful and measured rendering, one which may have centred the story of the British and Australian divers, but makes a conscious effort to pay tribute to the vast network of people involved in the rescue effort.

Such as that of Thai-American water engineer Thanet Natisri, who took it upon himself to co-ordinate a group of local volunteers to stop water pouring from Doi Nang Non mountain into the cave system.

At one point during the operation, the volunteers ran out of the pipe they were using to divert the water to the rice fields below.

Howard revealed: “I was talking to the real Thanet and I said, ‘How did you solve it?’ and he said, ‘One of the local villagers, one of the elders just said he could help and they split bamboo and made them into troughs that they lashed to the pipes’. And he showed me photos of it.”

Howard thought the ingenuity was brilliant and he included that detail in Thirteen Lives.

There was always the risk that a Thai story centred on three white divers could veer into white saviour territory. Howard, having now also made several documentaries, understood the story is only complete when you contextualise those characters’ place in the bigger picture.

“I was conscious of (the white saviour complex) and particularly when I began to understand that, yes, the foreigners, these Brits and an Australian, came in and accomplished this thing. That was vital and, without a doubt, heroic.

“But none of it would have happened with this amazing support system and that was not without risks – physical, emotional, political, career-wise – and I thought that was all fascinating.

“I was really interested in letting people understand what made it all possible. Because it goes deeper than just some really dynamic, talent people with a specific skill coming in and rescuing the kids.”

Edgerton, one of Australia’s great acting and filmmaking exports, gave Howard credit for spinning so many plates.

“There are no Hollywood histrionics or over-sentimentality about what went down. He kept so many characters’ stories alive and paying tribute to the community at large, about the global community of care that went in and the volunteerism – the village that is willing to flood their fields, the people pitching in to divert the water, people feeding everybody that was there to help.”

Thirteen Lives is but one piece of the Thai Cave Rescue tapestry. It follows The Cave, a 2019 indie movie from director Tom Waller, and Elizabeth Chai Vasarhelyi and Jimmy Chin’s widely-acclaimed documentary The Rescue.

Then there’s a Netflix miniseries, which has the life rights to the football team, that will premiere later this year.

Edgerton sees Thirteen Lives and The Rescue as complementary – “the more the merrier!”

“It’s a story that reminds us, particularly at the time we’ve been going through, of what human beings are capable of when we get together. Our core value is that we care and that we want to help and that we’re human.

“We see so many signs of the opposite every night when we watch the news or when we click on a story. It’s a great time to tell a story about when human beings do the right thing with each other, when the impossible becomes possible.”

Packers experimenting on O-line with Bakhtiari, Jenkins out

How to prevent freezer burn once and for all