This B.C. couple found a doctor by placing a newspaper ad. Others hope to copy their success 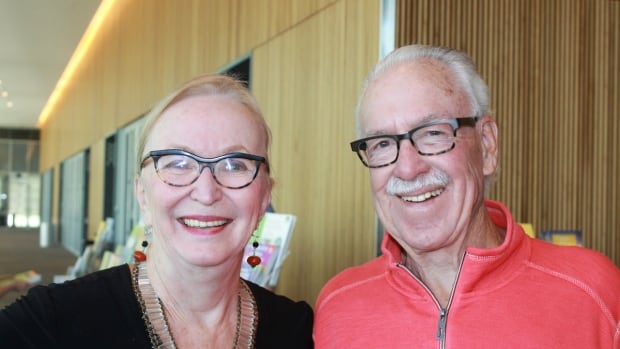 It took his wife putting an ad in the local newspaper, but Michael Mort has finally landed a family physician.

The 82-year-old from Victoria, B.C., has needed one to write prescriptions and perform physical examinations since their doctor retired in December.

Michael has serious cardiac and neurological issues. More recently, his wife Janet says there’s been concern with his prostate.

So when he found out he had been accepted as a new patient he responded with an excited fist pump, Janet said.

And he was recently able to get the exam he’d been waiting for — and get on the path for more specialized care.

“Family doctors give you a physical exam, and from that they can draw some pretty enormous conclusions,” she said. “That transitions you into the secondary care level, which is what’s happening. We’re thrilled.”

While placing a “doctor wanted” ad, might sound like an extreme step — the Morts are not the only ones to do so. Their decision earlier this summer inspired Gary Shuster in Vancouver to do the same, the only difference being that he offered a $5,000 reward.

Both cases underline the stark reality of this country’s family doctor shortage. In 2019, Statistics Canada reported that roughly 4.6 million Canadians over the age of 12 were without a primary care provider — and the provinces report that the pandemic has only exacerbated the crunch in the intervening years.

And the lack of a family doctor has greater consequences than the inconvenience of having to wait at a walk-in clinic or the emergency room to seek primary care. Research has shown that patients have better outcomes when they develop a relationship with their doctor, someone who knows their family and health history and can follow them over the course of their life.

In fact, a peer-reviewed study published by the BMJ Open in the U.K. found that patients with a primary care provider had a lower mortality rate than those who did not.

For the Morts, they didn’t want to lose that continuity of care.

After striking out with services like Telehealth, walk-in clinics, and virtual appointments, Janet Mort said she considered flying her husband to Seattle, Wash., to go to a private clinic, but the expense was going to be “tremendous.”

That’s when she decided to go public.

“It was my last option. We’ve always been a really private couple. I told [Michael] if I put it in the paper all of our friends and acquaintances are going to know your condition – it’s you I’m exposing. How do you feel about me doing that? He just said, ‘Janet, these are desperate times for me, and I’ll do anything you think we need to do to get the medical attention.'”

Dave Obee, editor and publisher for the Times Colonist in Victoria, says that’s the first time he can remember anyone paying for an ad to find a doctor.

“The most amazing thing to me about it was just the incredible response from all kinds of people,” Obee said of the Times Colonist ad. “It was all over Twitter and Facebook immediately. It was everywhere. It’s really a reflection of the scope of the problem that people are having getting doctors. A lot of people sympathized with that.”

WATCH | What led to the crisis in primary care:

What’s behind the shortage of family doctors in Canada?

The shortage frustrates doctors as well as their patients.

Dr. Margaret Fraser, a family physician and emergency room doctor from Cape Breton, N.S., says the state of health-care is the worst she’s seen in her 12 years as a physician.

Especially when it comes to finding a family doctor.

“We know people who have access to good family medicine and primary care are healthier overall, and use less health-care resources,” Fraser said. “Yet, now we’ve got the aging generation who require more resources and have less access to primary care.”

That has a ripple effect, she said. Those patients end up needing emergency care instead and use “more resources there because they just don’t have access to anybody.”

Fraser says it’s “terrible” that someone would have to go to the extremes the Morts and Shuster did to receive care but it “doesn’t surprise” her; she herself has been without a family physician for a few years since her own retired.

In an emailed statement to CBC, B.C.’s Ministry of Health acknowledged it’s aware of the Mort’s situation and “grateful” for it being brought to its attention. It also stated the ministry realizes many other people in the province are feeling the effects of “capacity challenges.”

“We know burnout from the pandemic is real and has meant many health-care professionals, including those in our primary care system, are either not working or working less to look after themselves,” the statement said.

In late August, B.C.’s provincial health ministry announced $118 million in “stabilization funding.” The plan is to maintain health-care until B.C. can create a new payment system for physicians.

Speak up, no short fix

But Fraser says there are no short-term fixes to the physician shortage.

“That’s the number one thing that everybody has to understand: this is not going to get better tomorrow,” said Fraser. “Fixing health-care is not something that you can do over a four-year mandate. Medical schools need to bump up enrolment and there needs to be more training positions for people who are coming from outside of Canada.”

While the Morts continue to navigate Michael’s health alongside their new family doctor, Janet thinks their story should serve as a motivator to other doctorless Canadians.

“Start speaking up,” she said. “If you have a family doctor, go to your closest mirror and say, ‘I am sure lucky!’ Because that’s all it is: luck. If your doctor retires or decides to move tomorrow you will find yourself in our shoes – helpless and alone.”