This Morning: Deidre Sanders fights back tears over husband’s death 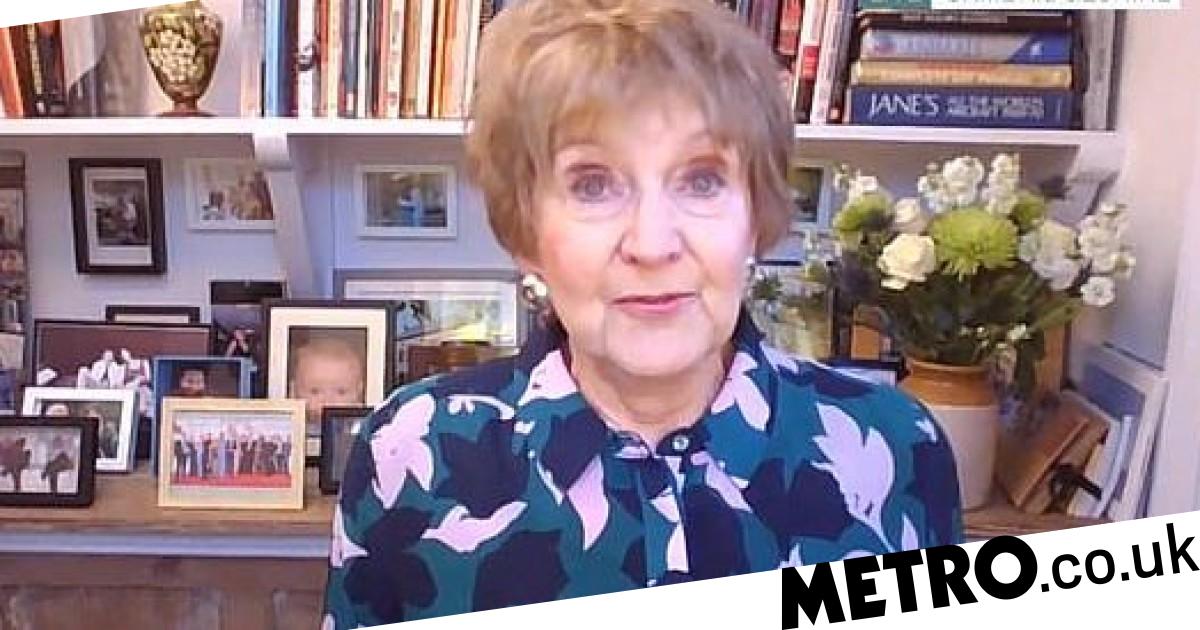 This Morning agony aunt Deidre Sanders was recognised with an MBE in the New Year’s Honours List, but she’s now revealed that she was able to share the news with her husband just days before he died.

On Saturday she was announced as a recipient of an MBE for services to family and mental health.

Speaking about the honour on Tuesday’s This Morning, Deidre, 77, said that she was able to share the news with her husband a week before he died last month.

‘It was a special thing for me,’ she told hosts Josie Gibson, 37, and Andi Peters, 52, as she struggled to hold back tears.

‘A lot of you know, my husband died just before Christmas on December 16th but this call came through a week before he died, so that was really special for me.

‘I went and got the email and I could share it with him and say what had happened.’

After he was diagnosed with Parkinson’s and COPD (lung disease) nearly 10 years ago, Deidre had been caring for her husband in recent years.

‘I was with Rick for 55 years so it was really great. He was always a great tease, so he had to get in a few digs first but he did the next day tell my daughter and tell me just how proud he was so that was really, extra special,’ she added.

In the studio Vanessa Feltz congratulated Deidre and labelled her ‘one of the people in this country who increased awareness, understanding and compassion [around mental health]’.

‘She’s really done us all the most incredible service so you know, the tribute is so well deserved,’ she added.

Sharing her excitement over the award, Deidre said she ‘loved’ the work she did.

‘I love helping the viewers at This Morning as much as I can and I loved all my years at The Sun, and that’s absolutely great… but it is lovely if somebody, especially the king can issue you a tick and say well done,’ she added.

She also made sure to remind viewers that it is always ok to ask for help if they needed too.

‘I think the important message I want to get across is that we’ve all got problems at some point in our lives,’ she said.

‘You do those around you a favour if you ask for help so that’s one of the great messages I’m happy to get across.’

While she isn’t quite sure when the investiture will be, she wasn’t in a rush because, ‘it’s not actually getting the thing itself is it, it’s just lovely’.

‘It’ll be a special day but it’s down the line somewhere.’

Last year Deidre shared that she had also been battling a health issue of her own, after being diagnosed with breast cancer in June.

Speaking about her diagnosis, she urged other women, especially those over 70, to request regular mammograms after she wasn’t invited for hers due to ‘an error’.

This Morning airs weekdays at 10am on ITV.


MORE : Alison Hammond and Dermot O’Leary recall chaotic start to This Morning job after being thrown in at deep end


MORE : James Purefoy literally bursts into tears after hearing Josie Gibson’s accent on This Morning: ‘I am so happy to hear your voice’

Dana White said ‘you don’t bounce back from hitting a woman’… can he stay as UFC chief?