This Morning: Spin the Win continues with household bills as prize 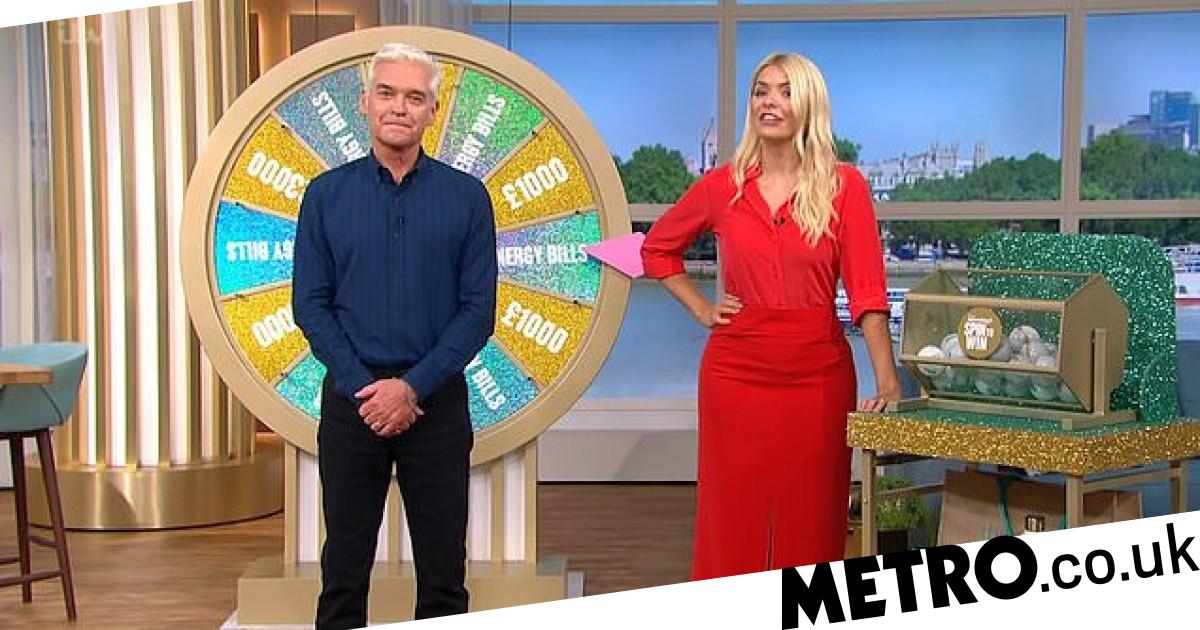 This Morning fans have been left shocked after a game with prize money for bills up for grabs returned despite a backlash.

But viewers were left appalled when, along with the usual cash prizes, money for ‘four months’ of energy bills was available to win.

Branding it ‘madness’, a Twitter user wrote:  ‘#ThisMorning having ‘energy bills’ as a prize on their Spin To Win is the most dystopian and sad reflection on society right now… How did we get to this point? Madness.’

While dozens of fans agreed with the comment, it appears This Morning bosses have not taken not, and played the game again on Tuesday’s episode.

Rather than removing energy bills as a prize, it was tweaked slightly to include ‘all household bills’ up to a ‘value of £3,000.’

Phil, 60, introduced the segment with: ‘Everyone’s talking about it, let’s play Spin to Win.’

He then ended the game with: ‘How much of that can they complain about online.’

Once again fans flocked to Twitter in their droves to complain about Spin to Win, with one saying the updated prize was ‘somehow worse’ than previously.

Another wrote: ‘You could have just said sorry, we made a mistake, but no, double down instead

#ThisMorning By completely avoiding mentioning it you just look like inconsiderate tits.’

‘THEYRE LAUGHING ABOUT IT #ThisMorning,’ a Twitter User claimed.

The cost-of-living crisis has seen energy bills soar, with the latest terrifying warnings predicting it could surge as high as £6,000 next year.

An emergency budget is likely to be announced in the next two weeks as the new PM Liz Truss responds to what money expert Martin Lewis has named ‘a catastrophe’.

Meanwhile, Baroness Ruby McGregor-Smith – the president of the British Chambers of Commerce (BCC) – recently warned that thousands of pubs could be forced to close their doors because of a lack of support.

This Morning airs weekdays at 10am on ITV.


MORE : Phillip Schofield celebrates 20 years on This Morning as he’s thrown by clip from very first episode: ‘I don’t think I’ve seen that!’