This Seahawks team has talent, but the best thing for the future might be to struggle now 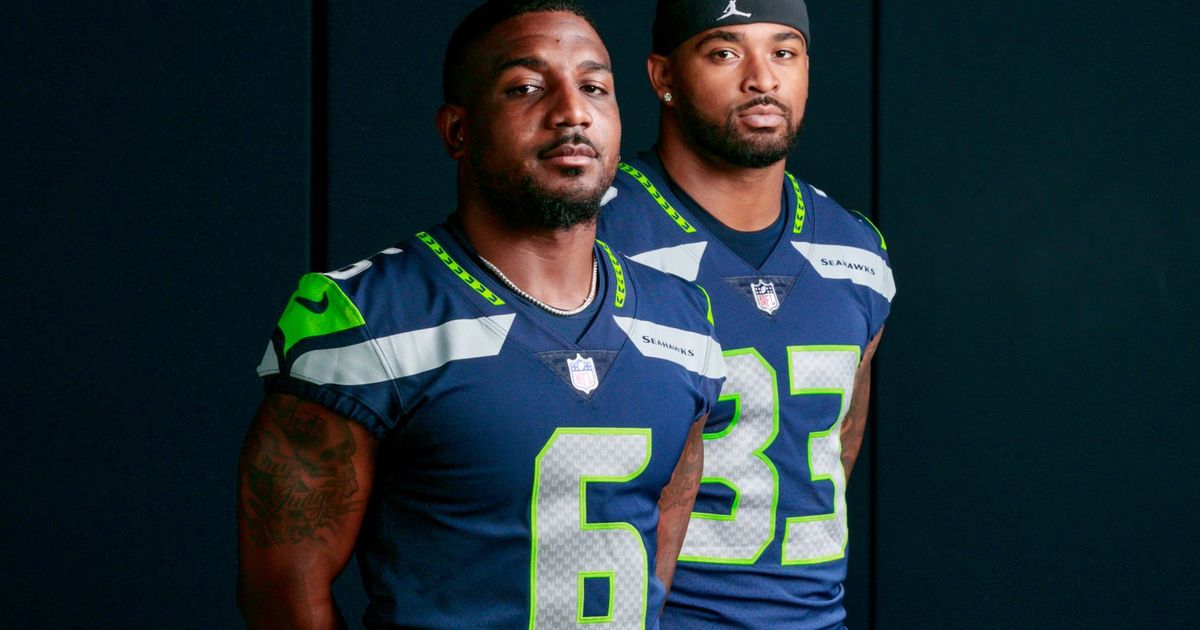 We know that Carroll and his players are hoping to pile up as many wins as realistically possible this season. But should fans be expecting the same thing?

There’s a reason most Las Vegas sportsbooks predict just two teams winning fewer games than Seattle this year. The Seahawks are sans an impactful QB and lack widespread talent. The best way to get an impactful quarterback and beef up talent is to draft well. And, like it or not, the best way to draft well is to lose your way toward some high picks.

Yes, there are seasonlong sports miracles that occur from time to time. Leicester City defied 5,000-to-1 odds to win the English Premier League six years ago. But assuming Carroll lacks incriminating photos of the football gods, these next 18 weeks are almost surely a layover on the route to 2023. Here’s what the 12s should be cheering for this year.

1. That the younger players develop.

Show 100 Seahawks fans a mug shot of Charles Cross, and it’s unlikely more than 25 could identify him. That’s just the reality of being a rookie offensive lineman (or almost any offensive lineman) — but the left tackle is expected to be an integral part of Seattle’s future after being drafted ninth overall in April.

Then, of course, there is defensive end/linebacker Darrell Taylor, who is poised for a breakout season after tallying 6.5 sacks in 2021. Losses will be far more tolerable for fans if these guys are rapidly improving in defeat.

2. That the here-to-stay veterans maintain — or rediscover — their top-tier form.

Pro Bowl receiver DK Metcalf just signed an extension that will keep him in Seattle for the next four seasons. But he is coming off a relatively down year in which he played through a foot injury.

Pro Bowl safety Quandre Diggs just signed an extension that keeps him in Seattle for the next three seasons. But he inked the deal after a gruesome fibula fracture and ankle dislocation in the final quarter of last season. Should those two still excel? Yes. But there’s also the chance they end up like three-time Pro Bowler Jamal Adams, who has had two questionable seasons in Seattle despite signing a long-term deal with the Seahawks that made him the highest paid safety in the league.

3. That the Broncos suck.

The boos Russell Wilson received last month when his video tribute to Storm point guard Sue Bird appeared on the Climate Pledge Arena big screens were telling. Super Bowl ring or not, a lot of folks around here are miffed that he forced his way out of Seattle. But as far as the interest of Seahawks fans goes, the potential schadenfreude of Wilson struggling pales in comparison to the treasure trove they’d inherit if Denver tanks. After all, when trading for Wilson, the Seahawks acquired the Broncos’ 2023 first- and second-round picks.

That’s a lot of draft capital regardless of how these two teams finish. It’s an embarrassment of riches if both teams have embarrassing seasons. You want that quarterback of the future? You might need your team to suffer in the present.

That’s a hard fact to Seahawks fans to accept. They have been spoiled for the past decade with a Super Bowl win, a Super Bowl loss and eight playoff appearances. It’s hard to ask the die-hards to punt a season. But as all coaches know, punting is almost always out of necessity rather than desire.

The Seahawks have had a great run. But if they want to be great later, it’s probably best if they’re not so great now.